Ollie Robinson has been recalled for England's first two Tests against India, with Jonny Bairstow and Ben Stokes also named in the 17-man squad.

But during the match, historic Twitter posts of a racist and sexist nature made by the 27-year-old Sussex seamer emerged and, following an investigation, he was handed an eight-match ban and fined £3,200 for breaking England and Wales Cricket Board (ECB) directives.

Five of the eight games were suspended for two years and Robinson served the others while his case was examined.

He comes back into the fold as captain Joe Root heads into the five-match series, which begins at Trent Bridge on August 4, without Jofra Archer and Chris Woakes due to respective elbow and heel injuries.

Bairstow will provide wicketkeeping cover for Jos Buttler – another player to return having missed the New Zealand series following India Premier League commitments, along with all-rounder Sam Curran – and could also push for a place as a specialist batsman given the meagre efforts of England's middle order in the 1-0 loss to the Black Caps. 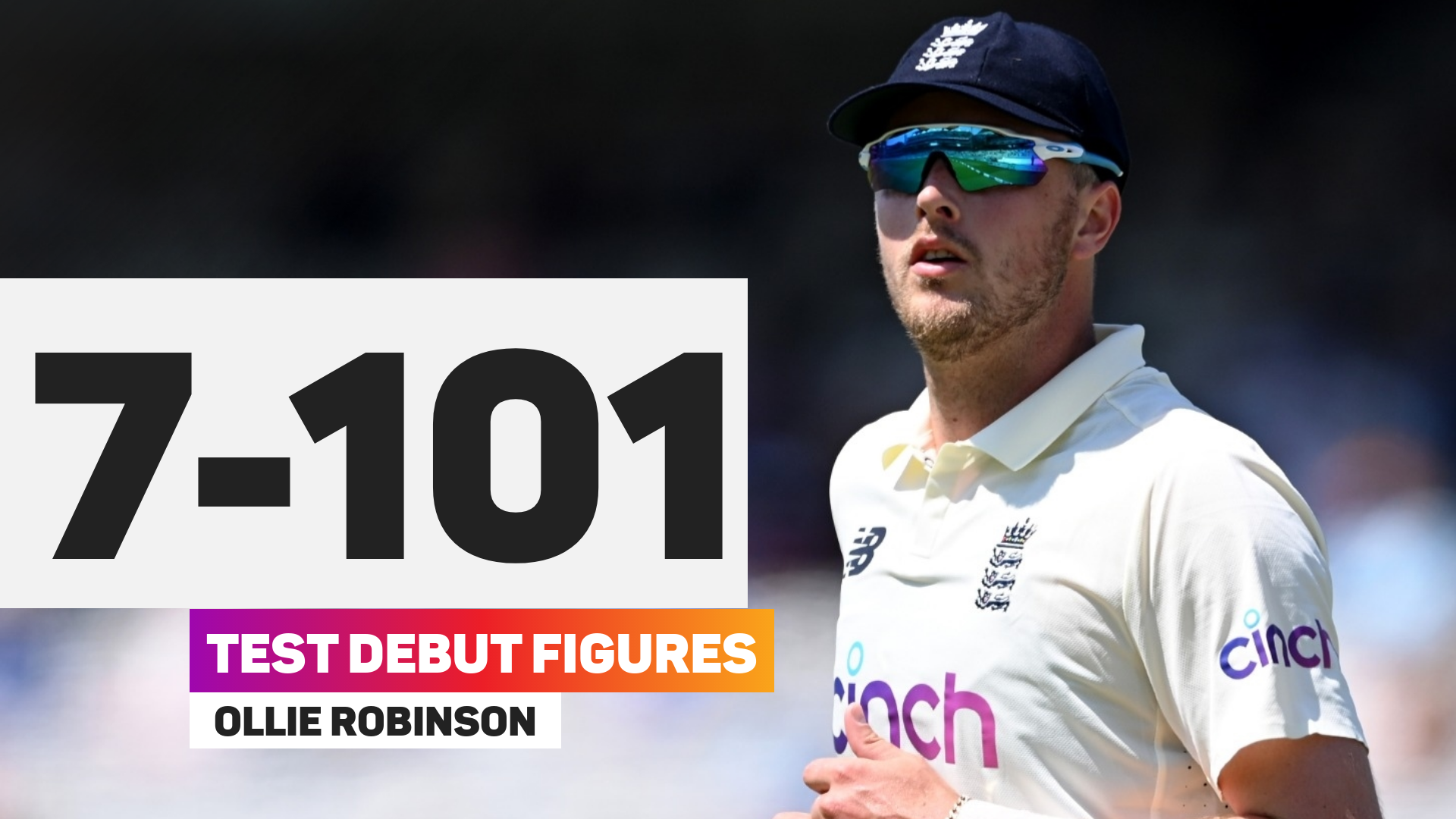 Stokes played through the pain in the recent ODI series win over Pakistan, returning ahead of schedule from a broken finger to captain a scratch team after a COVID-19 forced all of the initially selected squad into isolation.

James Bracey drops out after two consecutive ducks and a tough examination with the gloves on his maiden venture in the longest format, and there is no place for Dawid Malan.

Haseeb Hameed will again provide an alternative to out-of-form number three Zak Crawley, although Bairstow also filled that slot away from home earlier this year. Following some promising contributions in Sri Lanka he registered three noughts in four outings against India.

All of the England players allocated to franchises in the new Hundred competition will play in the first two matches before joining up with the Test squad.

Bairstow's mooted return to the Test setup brought thinly veiled irritation on Tuesday from Welsh Fire head coach Gary Kirsten, who was hoping to have the Yorkshireman available for the majority of the campaign.

Speaking to talkSPORT, former South Africa opener Kirsten said: "We're hearing that Jonny Bairstow, who we've designated as our captain, is now suddenly becoming a Test cricketer again. So we could have him for maybe one or two games"

Mexico missed a second-half penalty before Hector Herrera netted late to keep their bid for a 12th Gold Cup alive.