Usman Khawaja extended his exceptional run of form in 2022 with another century as Australia chased victory at the Gaddafi Stadium.

It all comes down to this. After 14 days of Test cricket that has yet to produce a match-winner, Pakistan's home series against Australia will be decided on the final day in Lahore, and it could hardly be any more tantalisingly poised.

Australia opener Usman Khawaja delivered another classy century on Thursday, remarkably his fourth of the calendar year, as Australia posted 227-3 declared to set Pakistan a target of 351 for victory in the third and final Test.

The tourists would have wanted to make inroads into their opponents' top order before the close, but instead Pakistan reached 73 without loss from the 27 overs they faced after Australia's post-tea declaration.

It means Pakistan require a further 278 runs for victory and Australia need 10 wickets on day five at the Gaddafi Stadium, where something surely has to give. 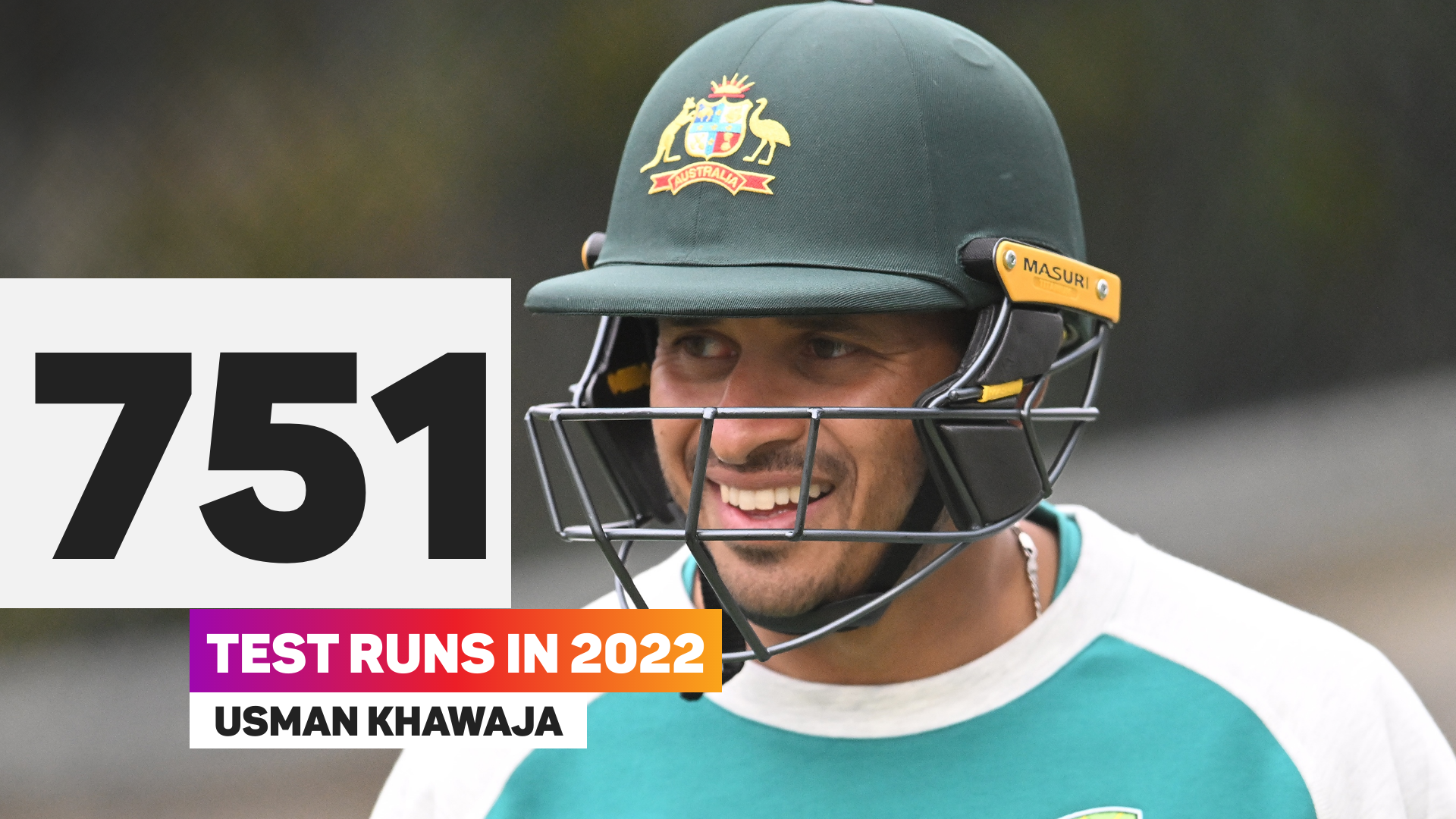 Australia's men are unbeaten in their last seven Tests (W4 D3), and Pakistan have not lost any of their last five (W3 D2).

The Australians have been beaten only once by Pakistan in the last nine Tests between the sides, yet Pakistan have just a single defeat in their last 12 Tests at this ground, and that was against Sri Lanka all the way back in March 2002.

After draws in Rawalpindi and Karachi, this match looks ripe to produce a victory for one of the teams, but it could easily go either way.

Australia were 11-0 at the start of play and reached 96 without any loss when Shaheen Shah Afridi bowled David Warner for 51 with a sensationally good delivery. Khawaja kept going and anchored the innings with 104 not out, Marnus Labuschagne weighing in with 36 and Steve Smith passing 8,000 career Test runs in making 17.

Captain Pat Cummins declared early in the late-afternoon session, once the lead passed 350, but Abdullah Shafique (27 not out) and Imam-ul-Haq (42 not out) helped Pakistan to the close without any damage.

Shafique used up a life moments before the close when he edged spinner Labuschagne past the left hand of Smith at first slip, potentially a highly costly miss by the fielder.

Yet another hundred for Khawaja was the highlight of day four. Tune in tomorrow for the fifth day where we need 10 wickets and Pakistan need 278 runs #PAKvAUS pic.twitter.com/1MhQ4LHFh2

Khawaja does it again

Khawaja, who was born in Pakistan, did not play a Test between matches against England in August 2019 and January of this year. It is testament to Australia's resources that they could afford to leave out a batter of his quality. The 35-year-old made 91 in the first innings of this match and surpassed that second time around.

He now has 751 runs in five Tests this year, far and away the most of anyone in Tests. Shafique is second on that list, with 397 runs and counting.

Record for Smith, but dropped catch sours his day

Australia would have ended the day on a high if Smith had clung on to the sharp chance from the penultimate delivery of the day. Shafique drove aggressively at Labuschagne, who drew the edge but saw the ball race away to the boundary rather than stick in Smith's claw.

Smith earlier reached his runs landmark in his 151st Test innings, the fewest of any batsman to have reached 8,000 Test runs.

England smashed the 112-year record for most runs made on day one of a Test as they dominated on their long-awaited return to Pakistan.

Messi: Maradona would be 'super happy' I broke his record

Diego Maradona was Argentina's most used player at World Cups for a long time, but that honour now belongs to Lionel Messi.

The records tumbled as four England batsmen made centuries to reach 506-4 on day one of the first Test against Pakistan in Rawalpindi.

West Indies made a sturdy start to their reply after Australia declared at 598-4 in the first innings of the Perth Test.

England were indebted to Ben Stokes in the 2019 Cricket World Cup and hope to have the all-rounder back for the next edition in 2023.

Mitchell Duke thinks it is clear that something special is happening with Australian football, and the striker is ready to face any team.

There will be no shortage of coaches in the frame if Hansi Flick is replaced as Germany boss, but Jurgen Klopp is unlikely to be among them.

South Korea are through to the last 16 of the World Cup in the most remarkable of circumstances thanks to a late win over Portugal.