England had to call up an entire new squad to face Pakistan just two days before the ODI series starts in Cardiff.

Opportunity knocks for a new-look England ODI squad when they start a three-match series against Pakistan with a day-night contest at Sophia Gardens on Thursday.

Three England players and four members of the management team returned positive tests in Bristol on Monday, resulting in the entire initial party being forced into isolation.

A new group of players - including Ben Stokes as stand-in captain - were called up just two days before the first match in Cardiff, where the tourists will also start the series short of preparation.

While the England players who beat Sri Lanka 2-0 kick their heels, a squad including nine uncapped players have a chance to grasp an unexpected chance.

Test duo Zak Crawley and Dan Lawrence were drafted in along with fellow batsmen Will Jacks, Phil Salt and all-rounder Lewis Gregory.

Dawid Malan and James Vince will bring experienced to the group, with Chris Silverwood resuming head coach duties after assistants Paul Collingwood and Graham Thorpe were due to take charge of both the Sri Lanka and Pakistan ODI series.

Pakistan have played a couple of intra-squad games since arriving in England on June 25, but have been frustrated by poor weather and may have do without Haris Sohail due to a leg injury

Babar Azam's side know a series victory will see them replace their opponents at the top of the ICC Cricket World Cup Super League. 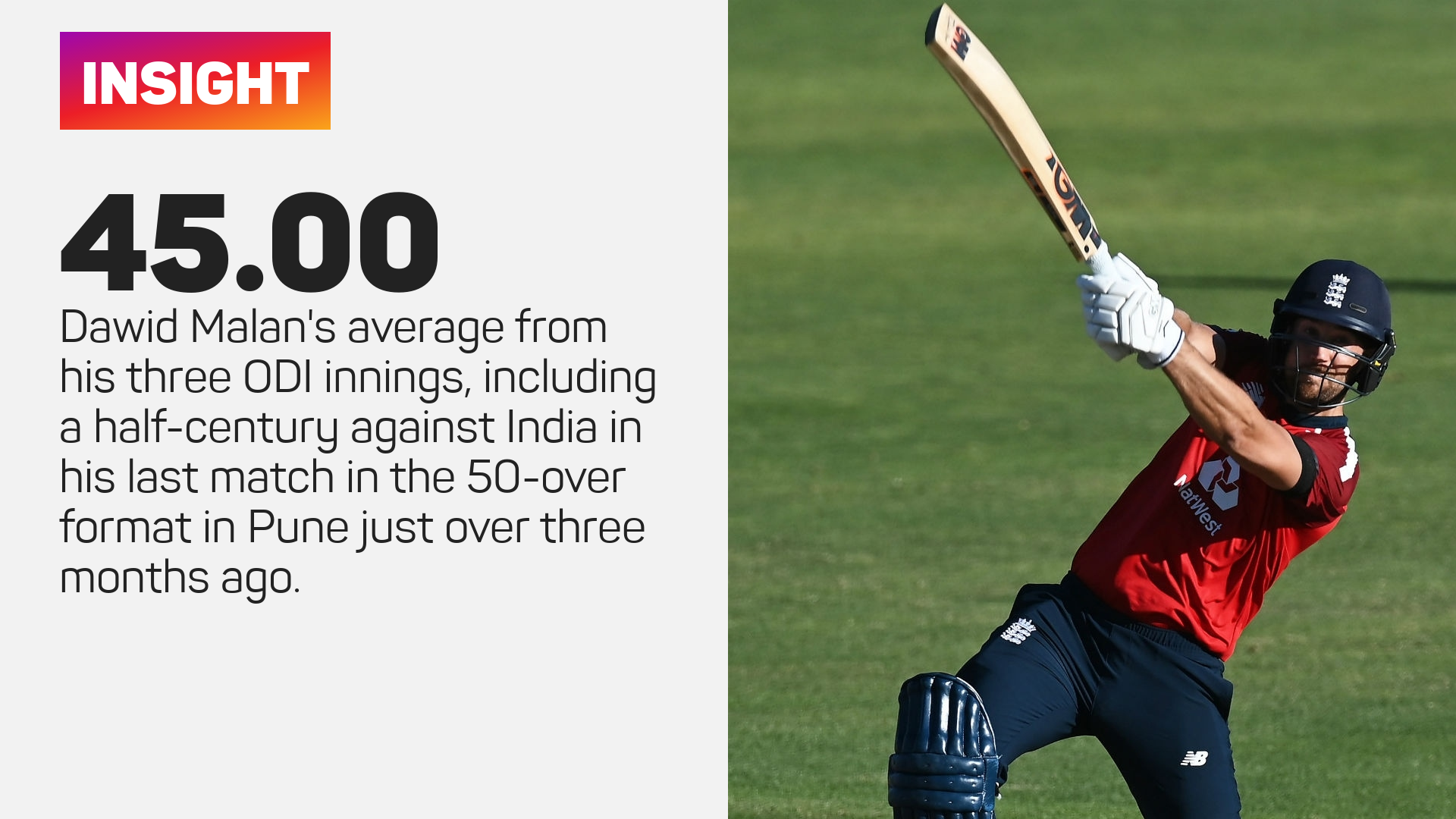 STOKES READY TO STEP UP AGAIN

Stokes had been easing his way back playing for Durham after he suffered a broken finger while featuring in the Indian Premier League.

The all-rounder answered the call to step up and fill in for Eoin Morgan and he is relishing the challenge.

FAKHAR CAN SET THE TONE FOR TOURISTS

Pakistan secured a 2-1 away victory over South Africa in their most recent ODI series.

Fakhar Zaman was named player of the series and could have a big part to play at the top of the order against a different attack that he was expecting.

He scored 193 and 101 in his previous two knocks versus the Proteas and averages a hugely impressive 49.17 from 50 innings in the 50-over format at international level.

- England have won 10 of their past 11 multi-game bilateral ODI series at home (L1); their only loss in that span came against Australia (2-1) in September 2020.
- Pakistan have won each of their past three multi-game bilateral men’s ODI series, the last time they enjoyed a longer winning run in such series was a span of six in 2011.
- England have won eight of their 11 completed ODIs at Sophia Gardens (L3), although, they are yet to defeat Pakistan at the venue in this format (L2).
- Pakistan's Hasan Ali has scored 76 per cent of his runs from boundaries in ODIs since the beginning of 2019, the highest rate of any player from a Test playing country in that time (minimum 50 runs scored).
- England have lost only one of their past eight multi-game bilateral ODI series against Pakistan (W6, D1) and have won each of the past five in that span – their longest winning run against Pakistan in the format.

England recovered from an awful first day with the bat as James Anderson led their bowling attack against Virat Kohli's India.

Jofra Archer ruled out for rest of 2021, will miss T20 World Cup and Ashes

England will be without star pace bowler Jofra Archer for the rest of 2021 due to a stress fracture to his troublesome elbow.