Friday's round is likely to have been Tiger Woods' last at St Andrews in an Open Championship.

An emotional Tiger Woods conceded he is unlikely to play The Open at St Andrews again after missing the cut at the 150th edition of golf's oldest major on Friday.

The 15-time major winner carded a second-round 75 to sit nine over par, well short of the projected cut mark at the home of golf.

Woods was desperate to compete in this landmark tournament after his career was nearly ended by a car crash in February last year, and he admitted this was probably his final outing at an Open on the famous links.

It was fitting, then, that the 46-year-old – who has twice lifted the Claret Jug at the Fife course – was given a stunning ovation as he concluded his round, which left him with tears in his eyes. 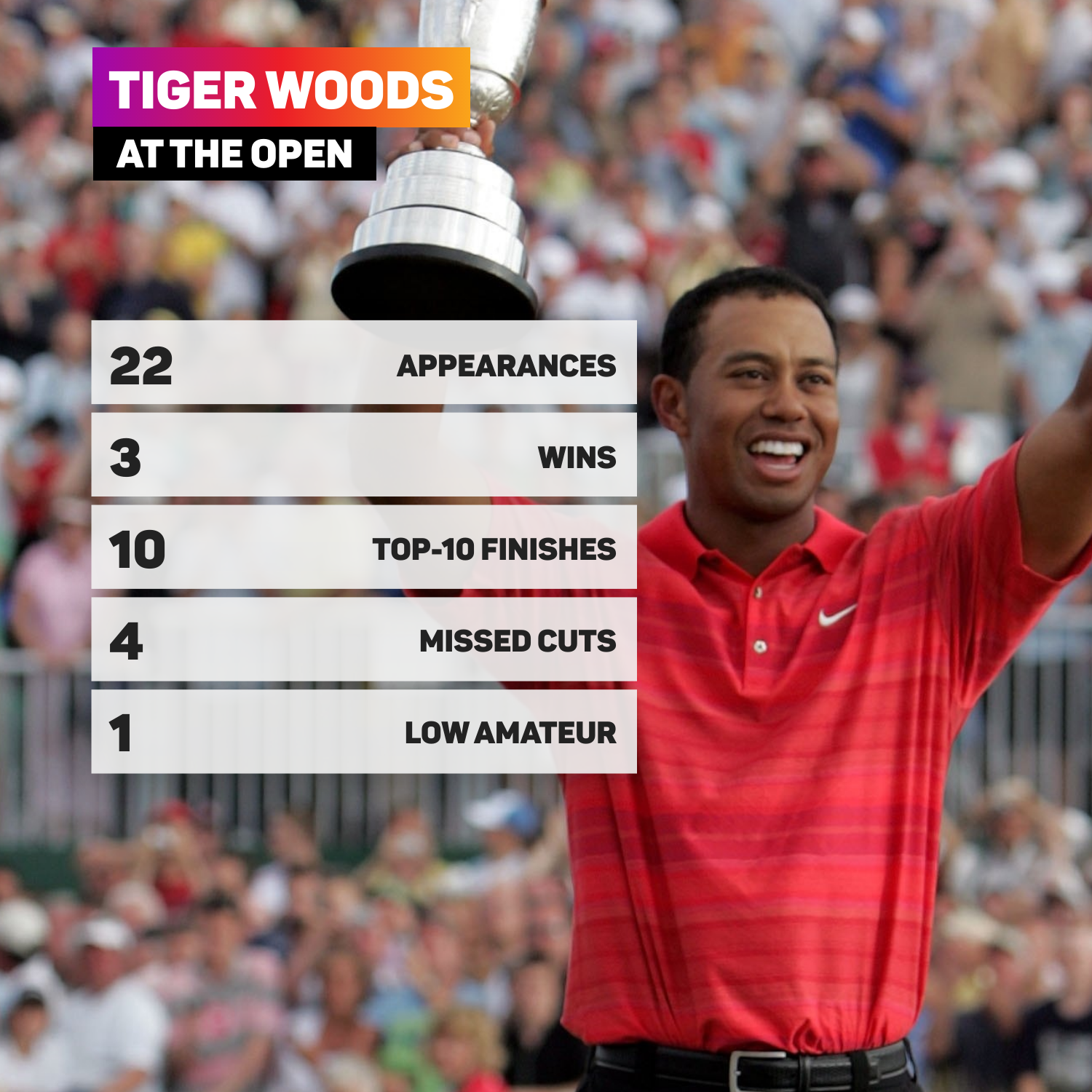 "So to me it felt like this might have been my last British Open here at St Andrews. And the fans, the ovation and the warmth, it was an unbelievable feeling.

"I understand what Jack [Nicklaus] and Arnold [Palmer] had gone through in the past. I was kind of feeling that way there at the end – just the collective warmth and understanding. They understand what golf's all about and what it takes to be an Open champion.

"I've been lucky enough and fortunate enough to have won this twice here, and it felt very emotional.

Woods admitted he was choked up by the response of the fans and his fellow professionals, including Rory McIlroy.

"As I walked further along the fairway, I saw Rory right there," he said. "He gave me the tip of the cap.

"It was a pretty cool, the nods I was getting from guys as they were going out and I was coming in, just the respect, that was pretty neat. And from a players' fraternity level, it's neat to see that and feel that.

"I had a few tears. I'm not one who gets very teary-eyed very often about anything.

"I put my heart and soul into this event over the years and I think the people have appreciated my play in the event. I've won it three times.

"Life moves on and I think that's what people understand, and they knew my circumstances this year, of just playing, period.

"I was very lucky to have had a great team around me to get me to where I was physically able to play three times this year and very thankful to all of them for getting me to this spot."

Ashleigh Buhai will take a sizeable lead into the final day at the Women's Open after carding a supreme 64 on Saturday.

Wu, Kim and Moore tied for the lead after second round of the Wyndham Championship

Six players are within a stroke of the lead after 36 holes at the Wyndham Championship.

Chun In-gee leads the way at Muirfield, with Hinako Shibuno tumbling down the standings after a disappointing day.