The Open: Spieth stakes his claim with first-round 65

A fine opening round at Royal St George's on Thursday put Jordan Spieth firmly in the hunt for a second Open title.

Jordan Spieth staked an early claim for a second Open title with a stunning first-round 65 at Royal St George's.

The three-time major winner, who triumphed at Royal Birkdale in 2017, was in fine form on Thursday as he reached five under to sit one stroke behind fellow former Champion Golfer of the Year Louis Oosthuizen. Oosthuizen was still out on the course.

Spieth has the good fortune to be playing alongside Branden Grace, who has featured with the eventual winner in the opening two rounds of the previous two Opens.

The South African teed off in a group with Francesco Molinari at Carnoustie in 2018, before playing alongside Shane Lowry at Royal Portrush a year later.

Spieth's showing put him two ahead of the next-best clubhouse score, with four players on three under. 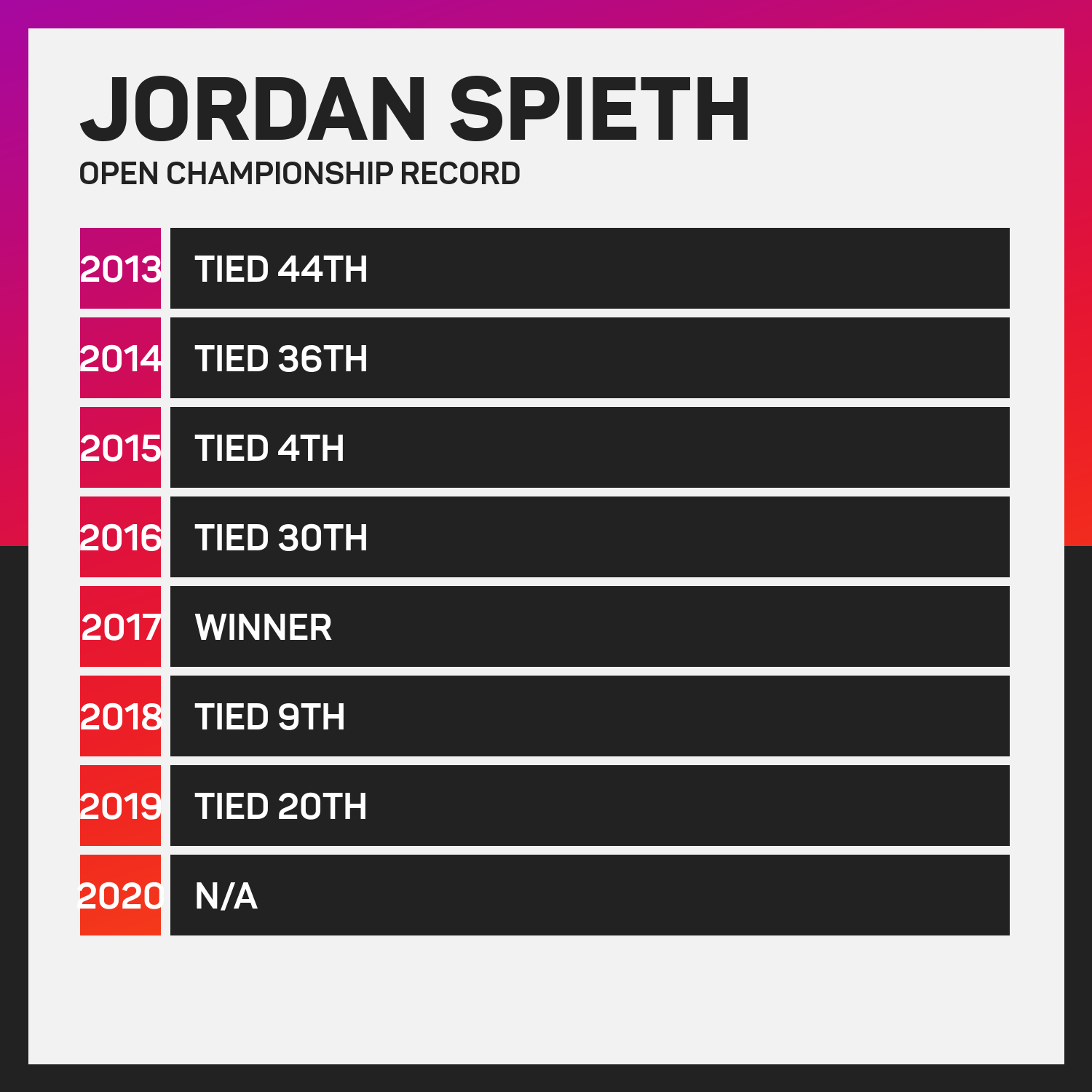 Reigning champion Shane Lowry and pre-tournament favourite Jon Rahm both faced an uphill battle to get involved in the race for the Claret Jug.

Irishman lowry was one over through 16, with U.S. Open champion Rahm one stroke further back at the same stage.

Rory McIlroy tees off at 15:21 local time with the hotly tipped Patrick Reed for company.

With nine holes left to play at Royal St George's, Collin Morikawa moved into the lead in search of his maiden Open title.

The final group out at Royal St George's will consist of two major winners in the shape of Louis Oosthuizen and Collin Morikawa.