Jon Rahm is the leading contender at Royal St George's, where Richard Bland got the 149th Open Championship up and running on Thursday.

The 149th Open Championship got under way at Royal St George's on Thursday, with Jon Rahm the hot favourite to prevail.

Englishman Richard Bland, who won his first European Tour title on his 478th start at the British Open in May, had the honour of teeing off proceedings at 06:35 local time at the Kent links, which is hosting for the 15th time.

Rahm claimed his maiden major with victory at this year's U.S. Open and will attempt to wrestle the Claret Jug from the grasp of playing partner Shane Lowry, with 2010 Champion Golfer of the Year Louis Oosthuizen completing a trio that tees off at 09:58.

Lowry, who is aiming to become the first player to successfully defend the prize at this course since Harry Vardon in 1899, proved a popular winner at Royal Portrush two years ago, with the 2020 event having been cancelled amid the coronavirus pandemic.

Spaniard Rahm is eyeing a rare double, with only six players having won the U.S. Open and Open Championship in the same year.

The omens bode well for the in-form Jordan Spieth after he was drawn alongside Bryson DeChambeau and good-luck charm Branden Grace.

Grace has played with the eventual winner in his first two rounds at each of the previous two Opens.

The South African featured with Francesco Molinari at Carnoustie in 2018 and Lowry in Northern Ireland the following year. 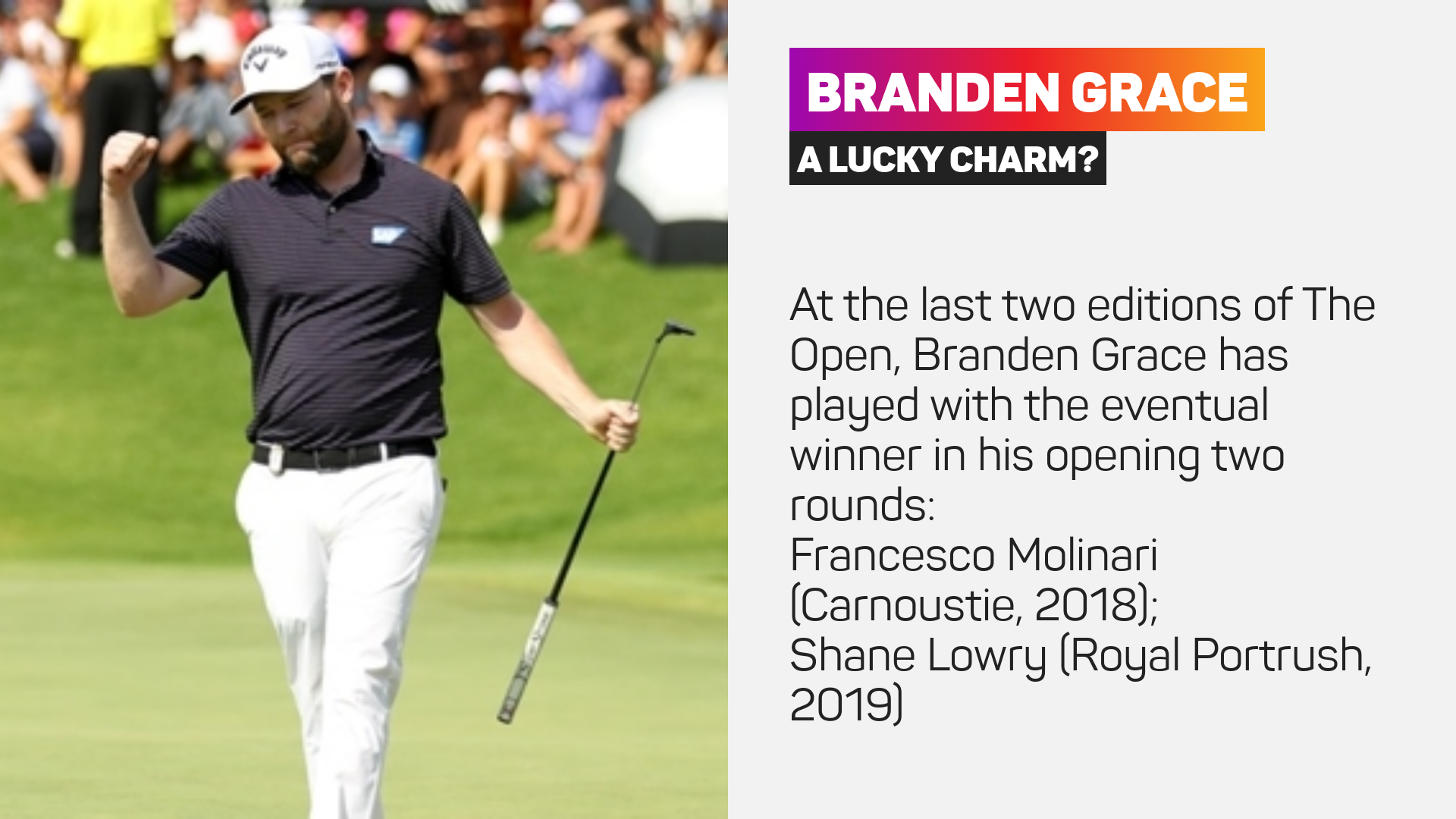 Four-time major champion Rory McIlroy will head out in the afternoon with Patrick Reed and Cameron Smith, while world number one Dustin Johnson starts his bid for a first Open title at 10:20 with Will Zalatoris and Justin Rose for company.

Darren Clarke, who prevailed when last Royal St George's last hosted in 2011, goes out at 08:25 alongside Bernd Wiesberger and amateur Joe Long.