Louis Oosthuizen will take a one-shot lead into the final round of The Open, where two fellow major winners are his closest rivals.

The 2010 champion will go out in the final group at Royal St George's on Sunday, when he will have 2020 US PGA Championship winner Collin Morikawa for company.

Oosthuizen, who sits at 12 under and is chasing a wire-to-wire triumph, has had two runner-up finishes in majors this year, taking his career tally to six.

Also in the mix is Jordan Spieth, who claimed the Claret Jug in 2017, but the American's third round finished with back-to-back bogeys to leave him three adrift. 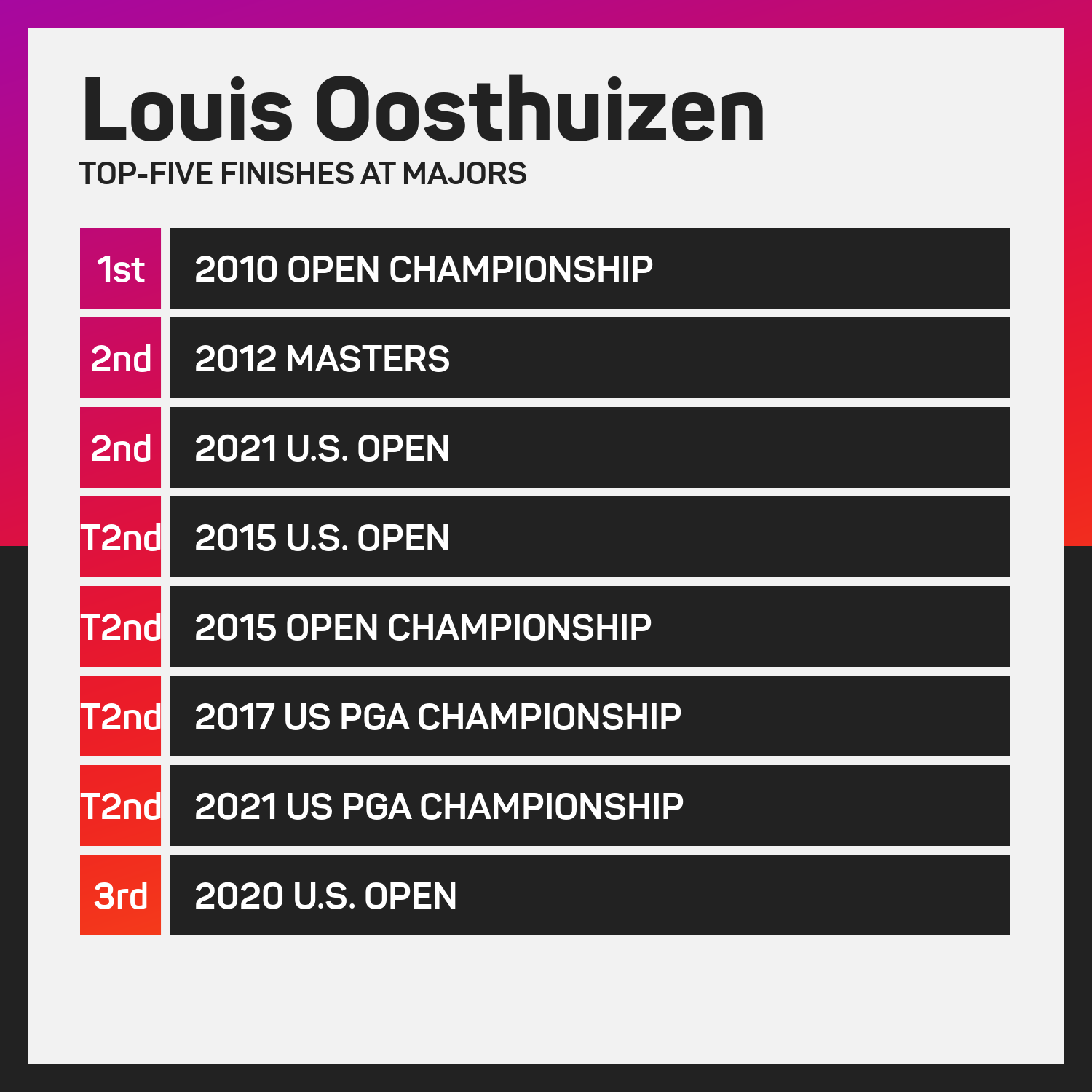 Corey Conners and Scottie Scheffler, both in search of maiden majors, are poised at eight under.

Rory McIlroy threatened to get involved at the top end of the leaderboard after making the turn in 31, but three back-nine bogeys ended his hopes, while reigning champion Shane Lowry closed on five under.

It was a day to forget for world number one Dustin Johnson, whose 73 left him eight strokes adrift.

SHOT OF THE DAY

Danny Willett may ultimately have given back the two shots he gained with his hole-out eagle on the par-four 10th, but it was still a glorious shot.

The 2016 Masters champion was six under overall at that point and could scarcely believe what he had done.

Rory McIlroy: "Sort of a tale of two nines. I played great on the front nine, hit some really good iron shots and converted some putts and really got it going. Then the back nine played tough."

Shane Lowry: "I have mixed emotions, to be honest, because I played great. I left a lot of shots out there."

Danny Willett: "It's always a bonus when they go in when you haven't holed a shot for a hell of a long time."

A LITTLE BIRDIE TOLD ME...

- McIlroy's five birdies was his best return from his first nine holes at an Open.