The Open: Morikawa lays down marker with second-round 64

Playing conditions proved favourable early on Friday at The Open and Collin Morikawa took full advantage to move top of the leaderboard.

Tournament debutant Collin Morikawa surged into the lead at The Open with a second-round 64 to move to nine under on Friday.

The 2020 US PGA Championship winner's stunning card showed just one bogey as the American ended his round three clear of overnight leader Louis Oosthuizen.

Morikawa made seven birdies as he took advantage of fine conditions at Royal St George's, but he squandered the chance to get to 10 under with a putt on 18 that skirted the cup.

Daniel van Tonder moved level with South African compatriot Oosthuizen following a 66, while Tony Finau signed for the same score to get to four under. 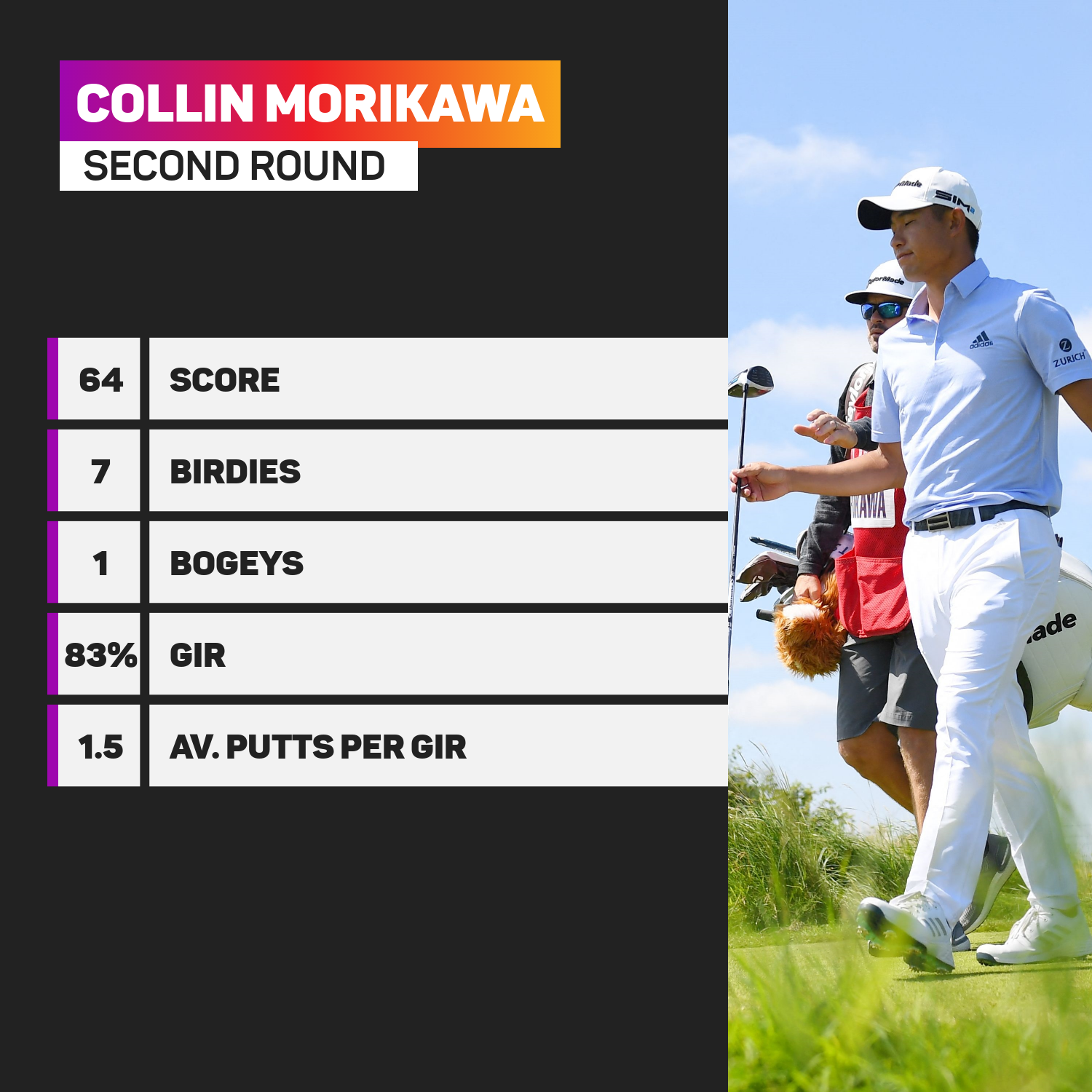 Rory McIlroy, who matched Finau's 70 on Thursday, remained at even par through 11, while 2018 Champion Golfer of the Year Francesco Molinari is unlikely to make the weekend after a 74 left him two over.

Oosthuizen goes out at 14:59 local time alongside reigning champion Shane Lowry and pre-tournament favourite Jon Rahm, both of whom will be looking to improve on rounds of 71.