Rory McIlroy believes missing the cut at the Scottish Open could prove beneficial as he bids for glory at The Open.

The four-time major winner, who claimed the Claret Jug in 2014, endured a testing couple of days at the Renaissance Club, where an intruder attempted to steal his club.

McIlroy failed to make the weekend but that gave the 32-year-old extra preparation time ahead of the 149th Open at Royal St George's.

He will try to atone for a poor showing at the 2019 edition of golf's oldest major, where he missed the cut as the home hope at Royal Portrush.

The omens bode well for McIlroy, who has bounced back to win the next tournament in three of the previous nine instances where he has seen his campaign ended after two rounds. 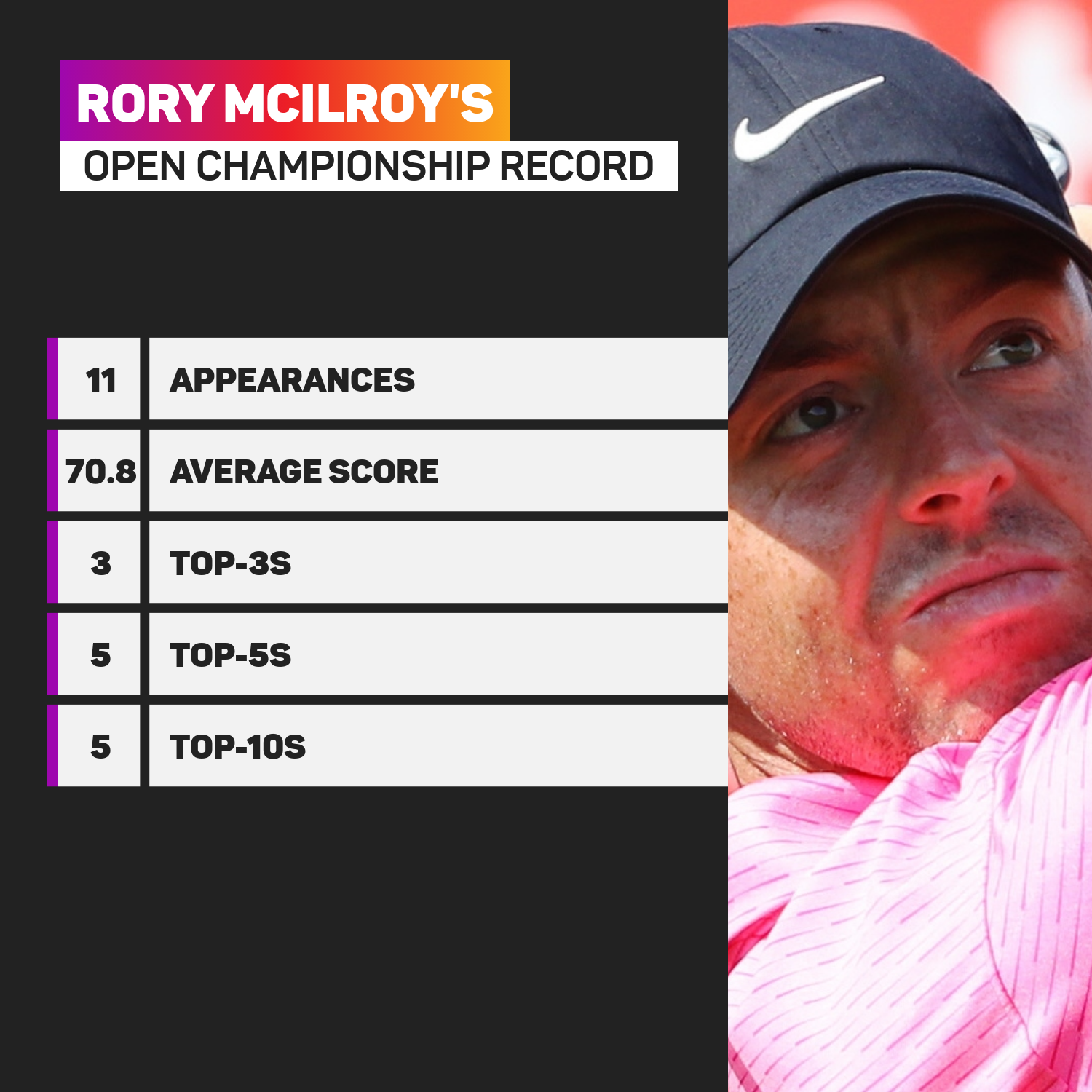 Asked if that fact was mere coincidence, McIlroy said: "No, I certainly don't think it's a chance statistic.

"Look, I think in golf you always learn more about your game when you've missed a cut or struggled or not played as well. I think anyone can play well, anyone can hit the ball great and give themselves chances to win, but you just learn more.

"That's why I say in golf there's always next week, and that's a great thing, because you can right some wrongs pretty quickly. I've been able to do that in the past.

"Golf always just gives you another opportunity to go out and play well and to see if you've learned from your mistakes, and I've always made it a priority in my career to really try to learn from my mistakes, all the way back to what happened at Augusta in 2011 and going and winning the U.S. Open the next major."

Indeed, after his disappointment in Northern Ireland in 2019, McIlroy closed that year by winning the FedExCup, which he said "gave me a few million reasons to feel better".

He will tee off at the Kent links in pursuit of a second Open title on Thursday at 15:21 local time alongside Patrick Reed and Cameron Smith.

The Open: Rahm can reign at Royal St George's, but what about McIlroy? The experts have their say

The final major of the year takes place at Royal St George's, but who will lift the Claret Jug? Stats Perform writers reveal their picks.

Rory McIlroy missed the cut at the Scottish Open, with world number one Jon Rahm in a three-way tie for the lead.

Jack Senior is the surprise leader of the Scottish Open, but Jon Rahm and Justin Thomas are poised to attack.

Jon Rahm celebrated a breakthrough trophy at Torrey Pines, where Louis Oosthuizen had to settle for second place on Sunday.

U.S. Open: Oosthuizen one ahead as DeChambeau, McIlroy falter

A talent-stacked leaderboard in the final round at the U.S. Open began to fall in Louis Oosthuizen's favour at Torrey Pines.

Exactly a decade after wrapping up his first major title, Rory McIlroy put himself in position for another U.S. Open win.

Soniia Cheah got her first victory at the Tokyo Olympics without even lifting her racquet on Tuesday after the Malaysian was awarded a walkover against her opponent Laura Sarosi, who suffered an injury.