Greg Norman was uninvited from the Celebration of Champions event and the Champions' Dinner ahead of The Open.

Rory McIlroy believes it was right for the Royal and Ancient Golf Club of St. Andrews (the R&A) to uninvite Greg Norman to the celebrations ahead of The Open.

Norman is a two-time champion of the major, but the Australian was not present on Monday for the Celebration of Champions event, while his invitation to the Champions' Dinner was also rescinded.

The 67-year-old is the chief executive of the controversial, Saudi Arabia-backed breakaway competition - the LIV Golf Invitational - which has caused plenty of division within the sport.

McIlroy has been one of the most outspoken players in favour of the PGA Tour, and has no doubt that the correct decision was made to rescind Norman's invitation ahead of this week's final major of the season, and the 150th Open.

He told reporters: "It's The 150th Open Championship, and that's what we need to focus on. I think the focus would have been taken away a little bit if he'd have been here.

"I supported that decision, and I think right now, because of everything that's happening in the golf world, I think it was the right decision to be made.

"But if things change in the future, or whatever happens, who knows, but I could see a day where he's certainly welcome back.

"But right now, just with everything going on, we want the focus to be on The 150th Open Championship and this being a celebration of a wonderful golf tournament and a wonderful game in general, and I think it was the right decision for that." 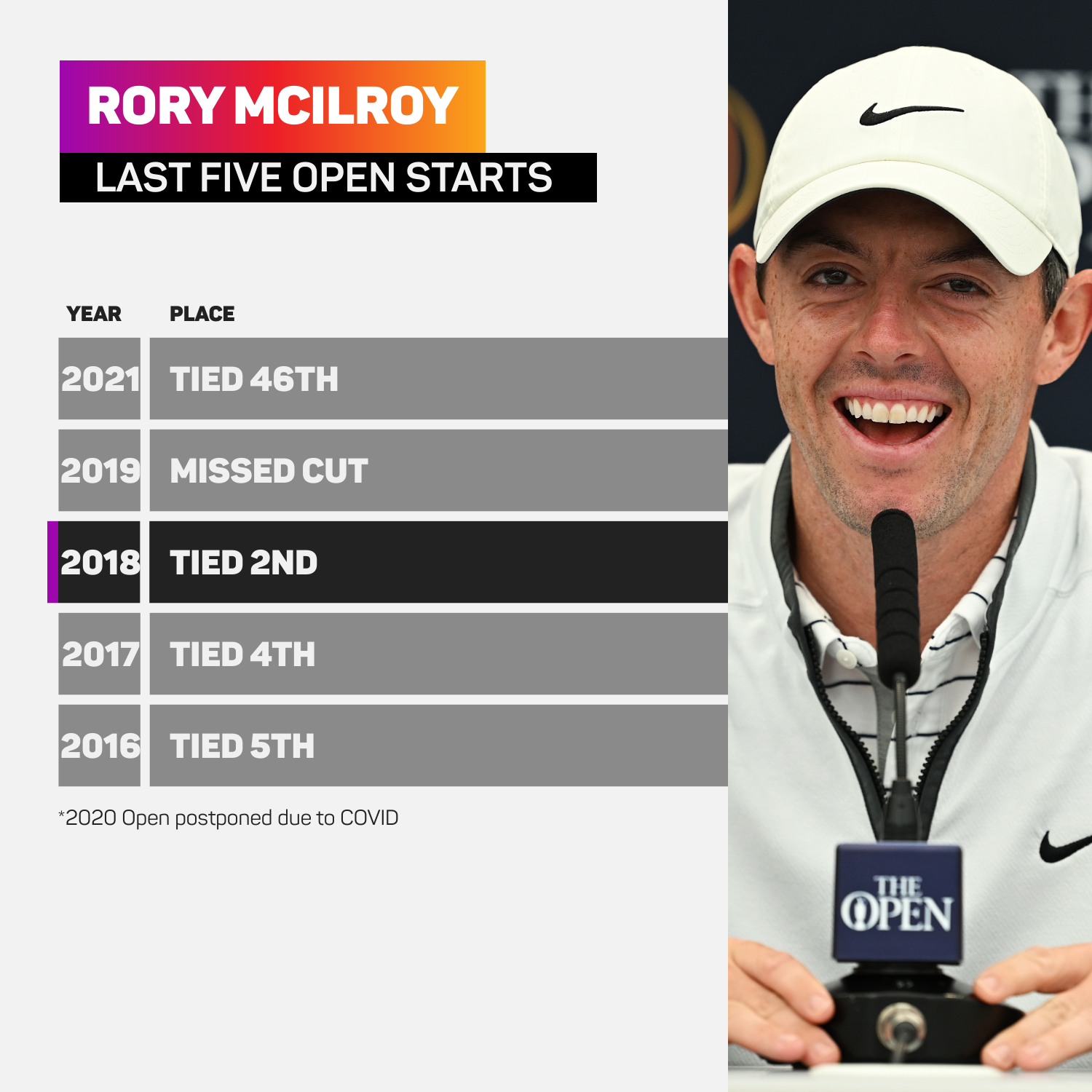 McIlroy also agreed with the suggestion that it would be better for golf if a player who has not signed up for the breakaway competition to go on and triumph at St Andrews.

"Selfishly, for me, yes, I think it would be better for the game," the world number two added. "But at the end of the day, everyone that's here has the same opportunity to go out there and try to win a Claret Jug, regardless of what Tour they play on or whatever that is.

"Whoever wins here at the end of the week should be commended for one of the greatest achievements this game has to offer.

"I'm not going to begrudge anyone if they win the Claret Jug and they play on a different Tour than I play. That's still a wonderful achievement, and they're still playing the same sport. But I selfishly want that person to be me, and I'm going to try my best to make that happen."

Many of the world's top players have joined McIlory in committing to the PGA Tour, including Jon Rahm, U.S. Open champion Matt Fitzpatrick and world number one Scottie Scheffler.

Tiger Woods, a 15-time major champion, has also stood by the PGA Tour.

"I think the legacy that Tiger has built over 25 years, the platform for him to do it has basically been the PGA Tour," McIlroy said of Woods.

"So I think he appreciates the platform that he was given at the very start and able obviously to play as good as he's played, but then to have that platform to build his brand, too, and do everything else even just outside of hitting a golf ball that's made him who he is.

"I think as well he's such a big guy on history and tradition, and he's chasing a record that Sam Snead has held for I don't know how many years, the amount of victories on the PGA Tour. I think those traditions and the history of the game are very important to him, he doesn't want to see that all go away."

Ashleigh Buhai will take a sizeable lead into the final day at the Women's Open after carding a supreme 64 on Saturday.

Wu, Kim and Moore tied for the lead after second round of the Wyndham Championship

Six players are within a stroke of the lead after 36 holes at the Wyndham Championship.

Chun In-gee leads the way at Muirfield, with Hinako Shibuno tumbling down the standings after a disappointing day.

Real Madrid look to defend their title for the first time in 15 years this season, and Stats Perform AI has predicted the likely outcome.