No player has retained the Claret Jug at Royal St George's since 1899, but that is the challenge facing Shane Lowry at The Open this week.

Shane Lowry is eager to embrace every aspect of the challenge he faces in trying to defend his Open Championship title at Royal St George's.

The Irishman claimed his first major title at Royal Portrush in 2019 and has had to wait two years to put the Claret Jug back on the line after the COVID-19 pandemic led to the cancellation of the 2020 event.

No player has retained their title at the Kent links since Harry Vardon in 1899 and this week is the 15th time the course has hosted, but for Lowry it is the whole experience of returning to the tournament as defending champion that is motivating him.

"There's a lot of things that I've got to play for this week other than defending the trophy," he said.

"It's a bit of everything. It's being announced on the first tee as defending champion. I'll be happy obviously to get that tee shot away, and if you've seen the rough down the first hole, I'll be happy if it's on the fairway.

"Coming to play in The Open Championship, whether you're defending or not, is exciting because it's such a big event.

"It's always great to play in The Open. I said one of the coolest things about being The Open champion is I get to play in it for years. I have a lot more left, which is obviously really cool. This is one of them." 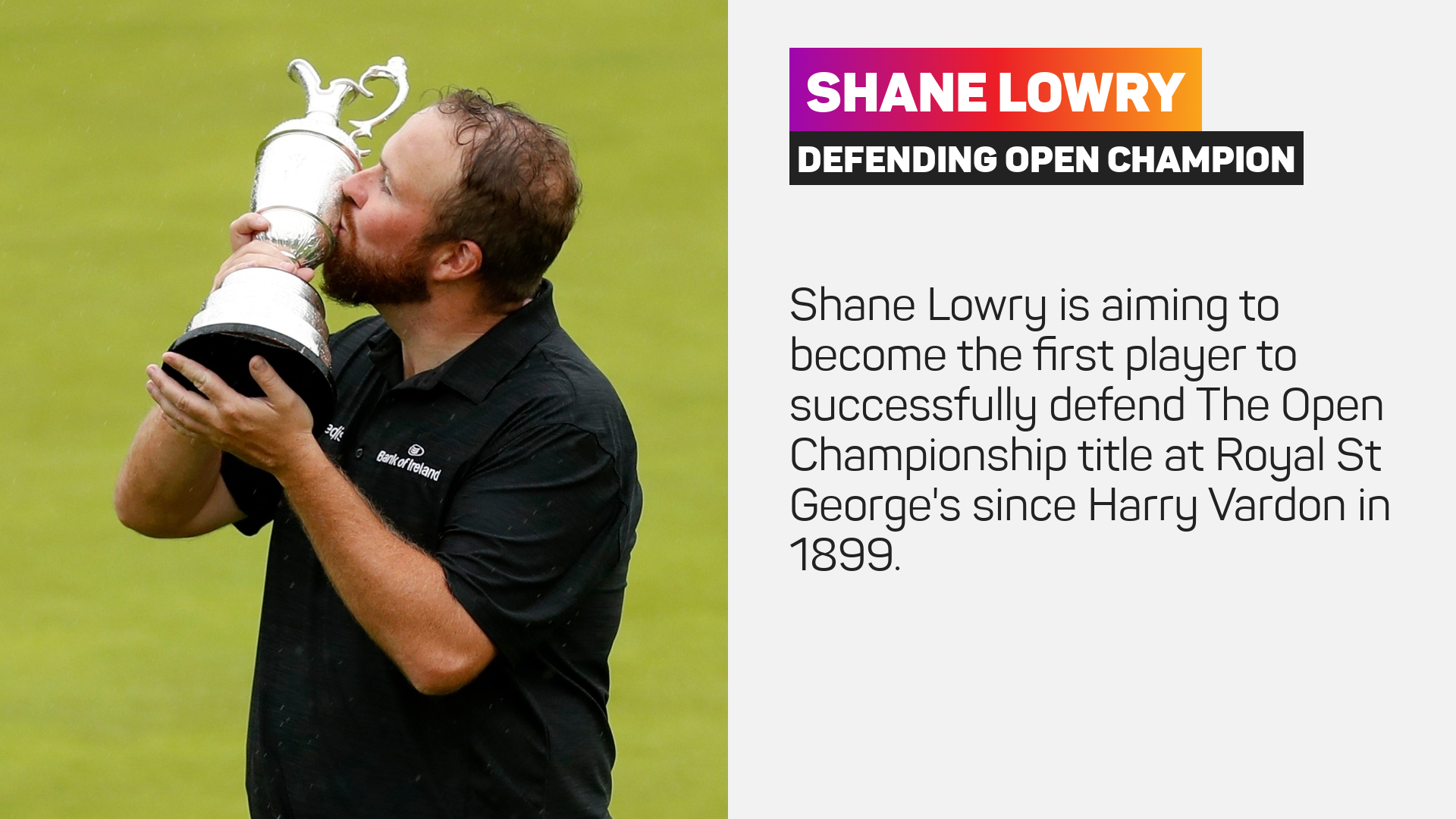 Lowry was a hugely popular winner on the island of Ireland last time out and he holds special memories of that triumph, which he sealed by a six-shot margin over Tommy Fleetwood.

"I look back on Portrush with incredible memories and fond memories and something that I'll have no matter what I do for the rest of my career. I'll always have that," he said.

Prior to his Portrush triumph, Lowry had missed the cut in four successive outings at golf's oldest major for a combined score of 23 over par across those eight rounds.

His success two years ago was founded on stunningly accurate approach play, which saw Lowry hit 79.2 per cent of greens in regulation, putting him out ahead of the field.

Yealimi Noh impressed in round three of the Evian Championship, but she trails leader Jeongeun Lee6 by five shots.

History was made in the second round of the Evian Championship on Friday, as Jeongeun Lee6 hit an incredible 61 to take the lead.