The Open: A landmark event at the home of golf – everything has led to this

The Open is an iconic sporting event that transcends golf, and never does it feel more special than when it is hosted at St Andrews.

Everything has led to this.

That is the slogan for this year's Open Championship, with golf's oldest major celebrating its 150th edition this week.

Delayed a year by the COVID-19 outbreak, which forced the postponement of the 2020 tournament at Royal St George's – the first time since 1945 that the Open had not been played – this proud old competition will bring up its landmark at St Andrews, the home of golf.

Even against the backdrop of the LIV Golf furore, nothing can detract from the grandeur of an Open Championship at this famous links course.

The Saudi-backed breakaway tour has of course been a recurring topic here on Scotland's east coast this week, but the truly enlivening subject – the one which has prompted the most passionate discussion – has been the Open itself; its history, its prestige, its status as an iconic event that transcends the sport itself.

And that sense of occasion is heightened by The Open's homecoming to the handsome Old Course – the oldest in the world – which clings to the Fife Coast still now, 470 years after being established there.

It may be considered good form for players to speak kindly of any host venue, but none has ever drawn such glowing praise as this storied links, which is staging The Open for the 30th time – more than any other venue on the rotation. 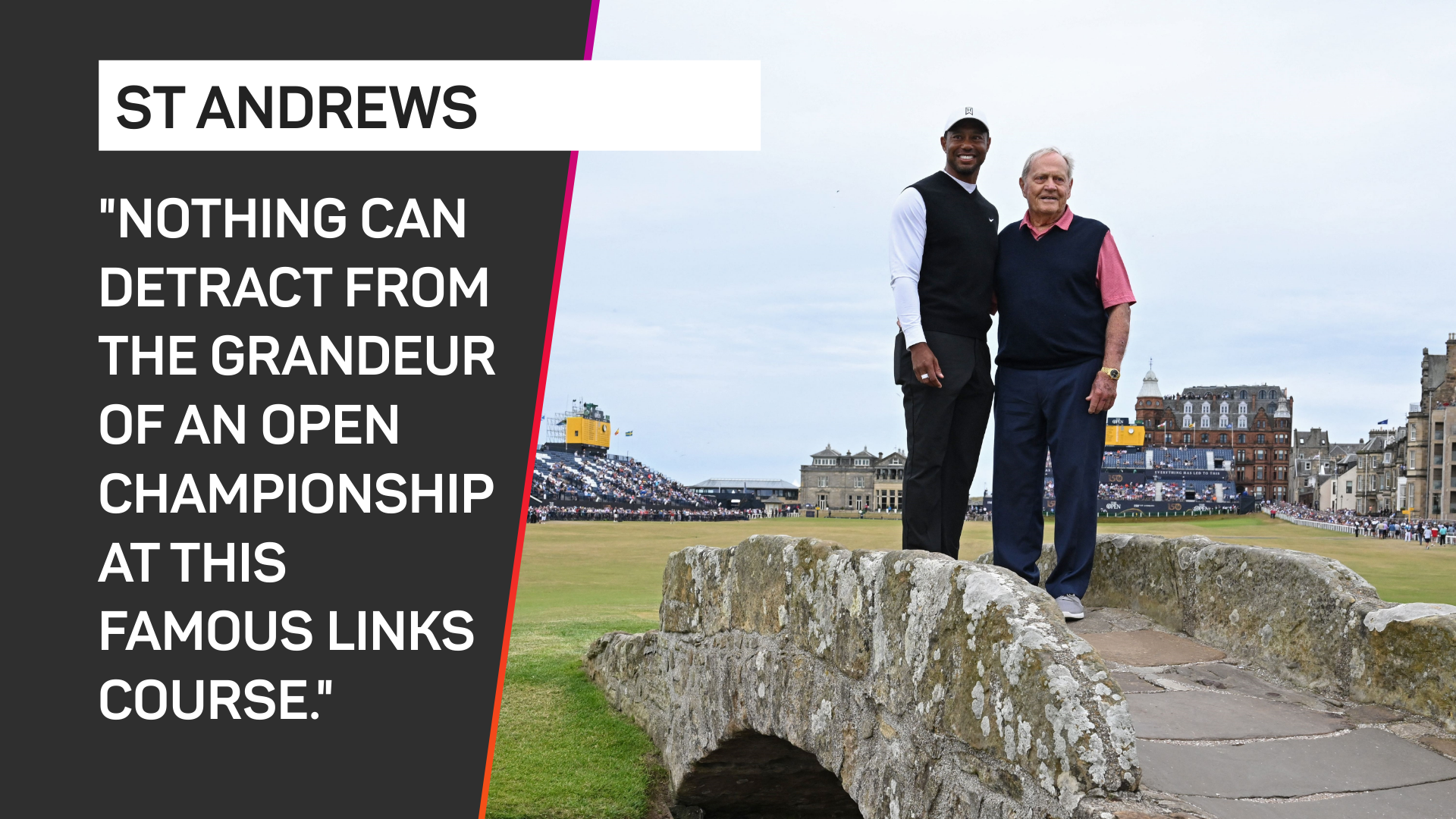 Those who have had the honour of playing here many times before and those who are set to embrace the St Andrews experience for the first time are united in their excitement for what is in store.

Reigning champion Collin Morikawa, whose maiden Open appearance ended in glory down in Kent last year, experienced the golfing equivalent of love at first sight when he pitched up at the Fife track.

Rory McIlroy, deprived by injury of defending his title when the tournament was last played here in 2015, described winning The Open at St Andrews as "the holy grail" of golf, and all the ingredients are there for another memorable edition this time around.

The course has been basking in sunshine all week and attendees will continue to enjoy fine weather for the remainder of it, while the course set-up in general means a star-studded field will fancy their chances of carding some low-scoring rounds.

Monday's Celebration of Champions event, which saw the likes of McIlroy and Jordan Spieth entertain sizeable crowds alongside all-time greats such as Gary Player and Tom Watson, also welcomed Tiger Woods back to the course where he lifted the Claret Jug in 2000 and 2005.

His presence always adds another level of intrigue, ensuring grandstands are full and even casual observers have a familiar name to lure them in to the spectacle of it all. The man himself said "this does feel like it's the biggest Open Championship we've ever had".

Woods is one legendary name to adorn the pages of The Open's illustrious history book, and whoever lifts the Claret Jug at the 150th championship at St Andrews will join the 15-time major winner in achieving a kind of sporting immortality.

Everything has indeed led to this.

J.J. Spaun and Kim Si-woo share lead after first round of the FedEx St. Jude Championship

After 18 holes at TPC Southwind J.J. Spaun and Kim Si-woo lead the pack at eight under, while favourite Rory McIlroy is at even par.