The Open: Hades, the Strath and Duncan's Hollow – the challenges that await at Royal St George's

Royal St George's has waited patiently for its latest turn to host The Open Championship, with the links course primed to pose a stern test.

The Open Championship makes a welcome return at Royal St George's this week, with the Kent links set to provide a tough challenge.

Last year's event was cancelled amid the coronavirus pandemic, meaning Shane Lowry got to keep hold of the Claret Jug a little longer.

The Irishman was a popular winner at Royal Portrush in 2019 and will be among a star-studded field competing for the honour of Champion Golfer of the Year this week.

The course is a glorious setting for such a titanic battle, and here we take look at some of the key holes that prospective winners will need to tame.

HADES IS GONNA GET YOU

The par-four eighth hole is considered the toughest on the course, where many a championship hopeful has come unstuck.

It was originally a par three before a course rebuild ahead of the 1981 Open, but now a three on this 450-yard hole – nicknamed 'Hades' – requires pinpoint accuracy from tee to green.

In 2011, when Royal St George's last hosted golf's oldest major, the hole played at an average of 4.37, with 27 double bogeys recorded to go alongside 140 bogeys.

There is some respite for those who can steer clear of two bunkers that are positioned such that they are particularly hard to avoid from the tee, with 33 birdies posted 10 years ago. 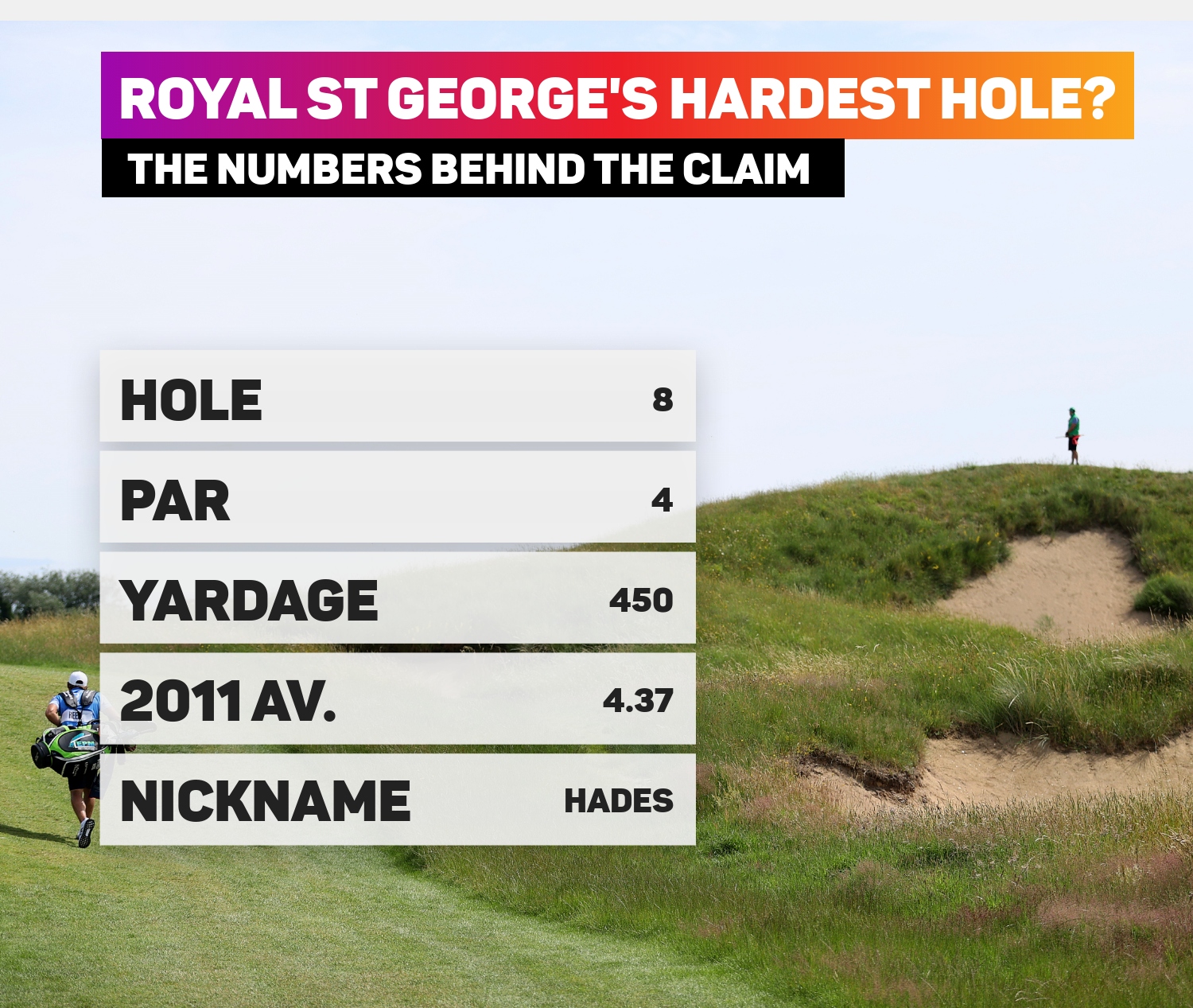 DON'T GET LOST IN THE HIMALAYAS

The only hole that ruined scorecards with more frequency than the eighth in 2011 was the par-four fourth.

With an average of 4.52, this 495-yarder permitted just 16 birdies, while there were seven scores of triple bogey or worse.

It was even tougher in 1985, when the average score was 4.60, with the key here being to avoid the 'Himalaya' bunker off the tee.

The dauntingly large dune stands guard to the fairway, which borders a putting surface that features out of bounds posts tucked tight against its back.

THE STRATH: A WELCOME SIGHT

It's not all toil and trouble on this track, as the par-five seventh proves.

This whole, called the Strath, was mightily generous a decade ago, handing out eagles to eventual winner Darren Clarke and Phil Mickelson in the final round.

Nobody should take this forgiving 566-yarder for granted, though, as the green is guarded by a trio of steep-sided sand traps ready to swallow up any wayward approaches.

Anyone wanting to post a strong score should be looking to lay down a marker here.

THE END IS NIGH

The 18th hole is a challenge on any course just because of the psychology of it – hold your nerve for one final challenge, or else a day's work may be undone in a matter of minutes.

At 450 yards it's not the distance that causes issues, but the precision required with the approach.

Even if you manage to avoid two gaping bunkers off the tee, the notable dip to the left of the green – nicknamed 'Duncan's Hollow' after George Duncan's woes there in a 1922 loss to Walter Hagen – is waiting patiently for any errant approaches. 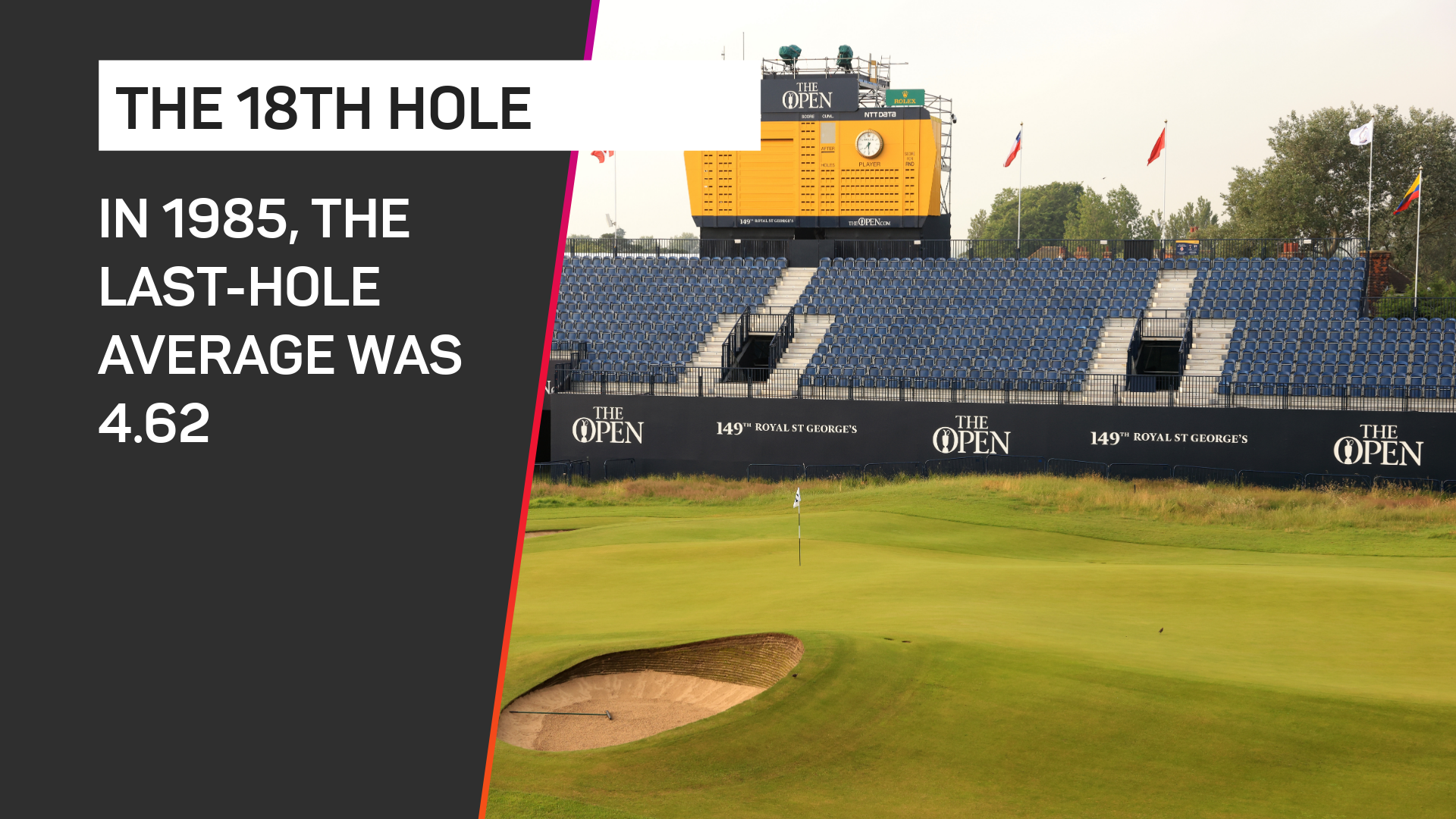 The likes of Rory McIlroy, Collin Morikawa and Hideki Matsuyama were overshadowed by Sepp Straka in round one at Tokyo 2020.

New Open champion Collin Morikawa is the favourite to win gold in a men's Olympic golf competition that starts on Thursday.

Team USA representative Justin Thomas is looking to add an Olympic gold medal to the major he won at the 2017 US PGA Championship.