Golf's oldest major is back and raring to go after a coronavirus-enforced cancellation in 2020 and it promises to be a thrilling tournament at Royal St George's.

Reigning champion Shane Lowry will finally put the Claret Jug on the line two years after winning it at Royal Portrush.

The Irishman was a popular victor in County Antrim but faces a battle against a tough field and the history books if he is to retain his cherished prize.

The 149th Open will be hosted at this Kent links course for the 15th time and first since 2011, with its unpredictable fairways and nightmarish rough ready to challenge even the most skilled of competitors.

Jon Rahm is the clear favourite to claim what would be a remarkable double after triumphing at the U.S. Open, with only six players having previously achieved that feat in the same year.

The form guide reads well for 2017 winner Jordan Spieth, who has eight top-10 finishes in 2021, while Rory McIlroy will have to bounce back from missing the cut at the Scottish Open last time out.

Despite a poor showing in this year's majors, having missed the cut at the Masters and US PGA Championship, world number one Dustin Johnson can never be discounted. 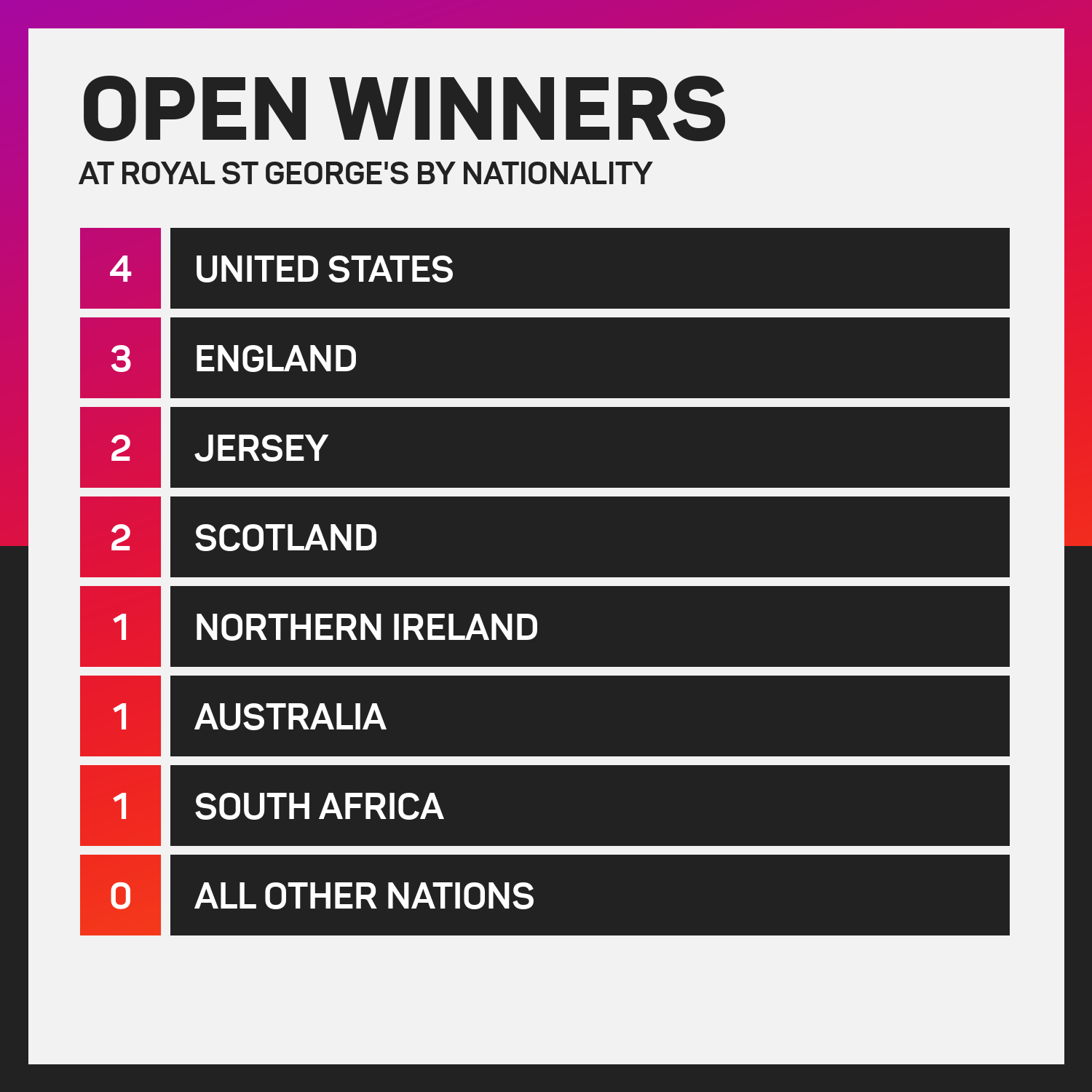 - Shane Lowry is seeking to become the first player to successfully defend the Claret Jug at this course since Harry Vardon in 1899.

- Branden Grace has been drawn alongside the eventual winner in the opening two rounds of each of the previous two Opens. This year, he is in a trio with Jordan Spieth and Bryson DeChambeau.

Jon Rahm: "I'm excited. Especially on a course with such history as this one. It's known to be a difficult links golf course, so I'm hoping it plays like that, and I'm looking forward to the challenge."

Rory McIlroy: "I think the biggest thing this week is if you do hit it off line, you've got some really thick, juicy rough on either side of the fairway, which you just have to avoid."

Shane Lowry: "I'm really looking forward to the week ahead. Not that I'm ready to give the Claret Jug back."

"I feel like I figured something out on Sunday" - @McilroyRory

Can the 2014 Champion Golfer bring to Royal St George's the form that saw his lift the Claret Jug  years ago  pic.twitter.com/sLiJaWmsfq

The Open: Rahm can reign at Royal St George's, but what about McIlroy? The experts have their say

The final major of the year takes place at Royal St George's, but who will lift the Claret Jug? Stats Perform writers reveal their picks.

Rory McIlroy missed the cut at the Scottish Open, with world number one Jon Rahm in a three-way tie for the lead.

Jack Senior is the surprise leader of the Scottish Open, but Jon Rahm and Justin Thomas are poised to attack.

Jon Rahm celebrated a breakthrough trophy at Torrey Pines, where Louis Oosthuizen had to settle for second place on Sunday.

U.S. Open: Oosthuizen one ahead as DeChambeau, McIlroy falter

A talent-stacked leaderboard in the final round at the U.S. Open began to fall in Louis Oosthuizen's favour at Torrey Pines.

Exactly a decade after wrapping up his first major title, Rory McIlroy put himself in position for another U.S. Open win.