Australia's Andrew McDonald believes having separate head coaches could cause a conflict of interests.

Andrew McDonald says he would not have taken a job with England as he does not agree with splitting the coaching roles.

The England and Wales Cricket Board (ECB) are in the process of recruiting separate head coaches for the Test and limited-overs teams after sacking Chris Silverwood.

Rob Key opted to move away from having one head coach to be in charge of every side following his recent appointment as managing director of England men's cricket.

McDonald was appointed as Australia head coach for all formats last month and he believes it is important to have just one boss.

Asked if there was any prospect of him going for a job with England, he told SEN: "No I don't think there was a risk.

"My belief is to still have that one coach and share the workload within that. I think for me the continuity of messaging is critical. But also the priorities shift. And people probably don't like me saying this, but the priorities do shift at certain times. You can't be everything to everyone.

"For example, Pat Cummins, on the back of three Test matches in Pakistan, at the end of that he's severely fatigued and then the white-ball team gets compromised because Pat Cummins isn't playing. But he's not ready to perform in that environment.

"If you had split coaches, which format takes priority? So, I think the ability to have one selection panel, one coach to work through that, give the direction to what the priorities are at the time and managing the overall squad as such and then someone, potentially a Michael Di Venuto or another assistant coach, coming in to allow the head coach to balance the workload but still stick on the same path.

"For example, we're going to build towards the 2023 World Cup, am I going to do every one-day game leading into that World Cup? There's no chance of that. So I think that the continuity of messaging for me is important." 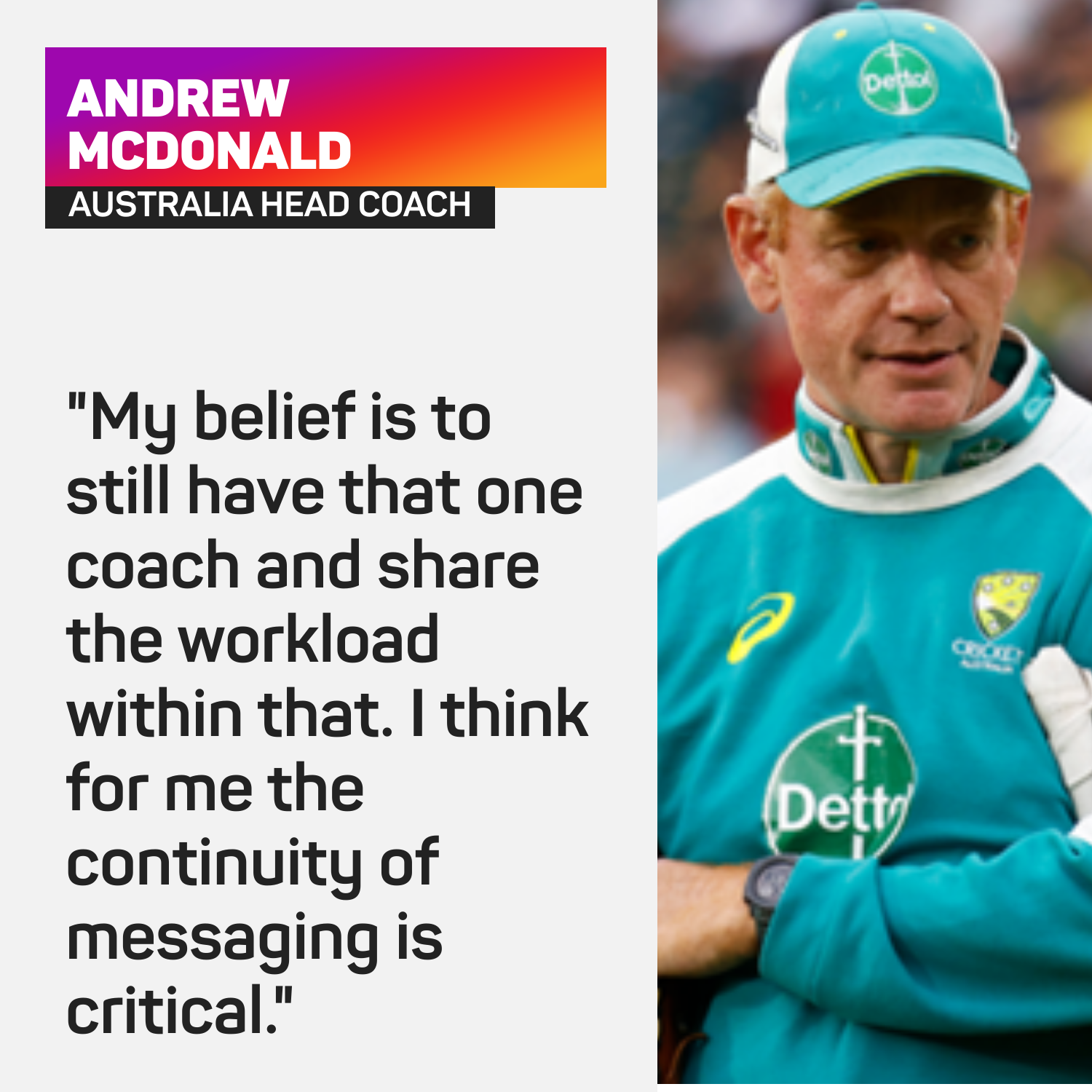 England host New Zealand in a three-Test series, starting in June, with James Anderson and Stuart Broad likely to return.

England may have gambled on a seemingly inexperienced Brendon McCullum, but he is confident he can transform the nation's Test fortunes.

World Cup glory is not the only thing on the mind of Harry Kane, who will aim to break Wayne Rooney's England scoring record in Qatar.

Phenomenal Patidar moves RCB a win away from IPL final

Tariq Lamptey is deciding whether he wants to represent England or Ghana at senior level.

Gareth Southgate has called on English football to protect the game, with home Nations League matches to be played behind closed doors.

David Miller blasted 68, including three consecutive sixes in the final over, to take Gujarat Titans past Rajasthan Royals.