Giannis Antetokounmpo dismissed suggestions he should get on with it from the free-throw line after leading the Milwaukee Bucks to a series-levelling win over the Atlanta Hawks.

The Eastern Conference Finals could sway on how Giannis performs over the coming games, with the teams now poised at 1-1 following the Bucks' storming 125-91 win on their home court.

The Hawks are reportedly annoyed at NBA officials ignoring Antetokounmpo repeatedly taking longer than the allotted 10 seconds at the line.

It was reported by The Athletic that Antetokounmpo took between 11.5 seconds and 13.3 seconds for each of his eight free-throw attempts in Game 1 against the Hawks.

"Usually I take eight to nine seconds. So it was borderline 10 seconds," Antetokounmpo responded on Friday night.

"When my coaching staff tells me to speed it up I know I'm maybe around 10 and sometimes the referee will talk to me and say, 'You've got to speed it up'.

"Then I make an effort to take it a second or two seconds faster. But my mindset going into this game was to do my routine, get as many dribbles as I can, get my breath and just shoot my shot."

Two-time MVP Antetokounmpo posted 25 points in 29 minutes and Jrue Holiday added 22 points of his own as the Bucks made light work of the fifth-seeded Hawks. 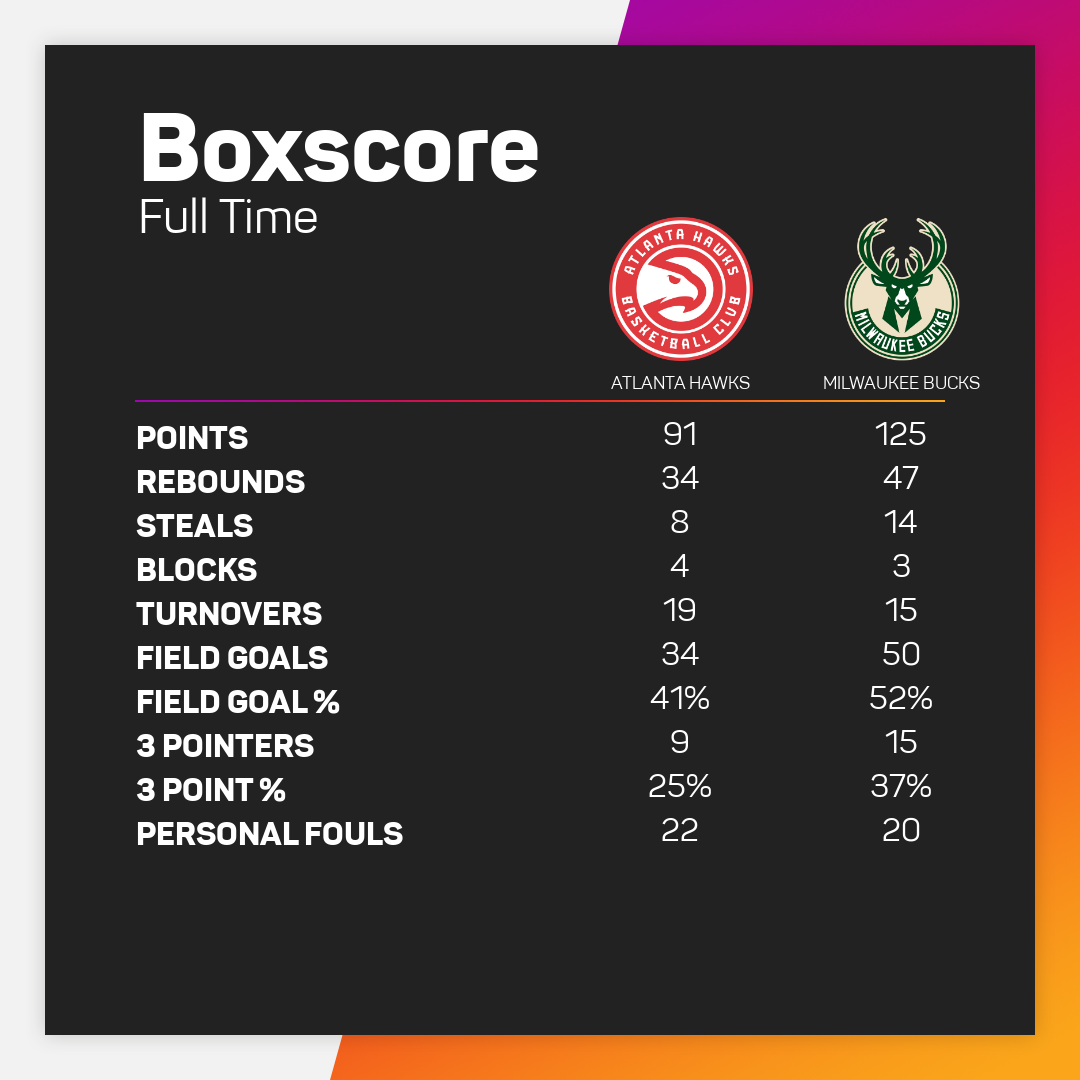 Antetokounmpo said the key for the Bucks after their 116-113 setback in Game 1 was to take a measured approach into the second clash in the series.

"I was calm, it wasn't the end of the world – if we had lost today I would have been a little bit more nervous," he said.

"I trust my team-mates, trust our habits. I think everybody's on the same page and know what we have to do. We knew we had to come in here and get this game and that's what we did.

"There's got to be some urgency, but you still have to enjoy the fact that we're here. We worked extremely hard to be one of the last four teams standing.

"We're going to try to play good basketball. The way I think about it is I'm going to be doing this for a long time so I've got to enjoy each game."

"What I do is enjoy each moment. You never know when it's going to be taken away from you, you can never take it for granted."

Ahead of Sunday's Game 3, Antetokounmpo said the Bucks would keep learning from each performance.

"We've got to focus on ourselves and how can we get better and put ourselves into position to win a game. We've got to keep getting better, each game at a time," he said.

"From Game 1 to Game 2 we've been better, we're happy about that, and hopefully from Game 2 to Game 3 we can get better."