NBA Big Game Focus: Bucks aim to take down Hawks in battle for the East

After both recorded Game 7 wins in the previous rounds, the Bucks and Hawks begin their series in Milwaukee on Wednesday.

The Milwaukee Bucks and Atlanta Hawks are the last two teams left standing in the Eastern Conference - but who will be going through to the NBA Finals?

While the Bucks survived a deluge of points from Kevin Durant to see off the Brooklyn Nets in a thrilling Game 7, the Hawks caused another upset as they defeated the Philadelphia 76ers on the road in a tense series decider.

There is little time for either to dwell on the past, however, as they meet in Game 1 on Wednesday at the Fiserv Forum in Milwaukee.

Since the start of the 2017-18 season, the Bucks have dominated against Atlanta, going 11-2, though a six-game winning streak came to an end on April 25 as they lost 111-104 at home in the regular season.

The Hawks have already knocked out higher seeds in both the New York Knicks and the 76ers, seeing them become just the fifth franchise since 1980 to reach the Conference Finals following a mid-season coaching change. The other four all went on to win the title, too.

Nate McMillan stepped up from his role as assistant to replace Lloyd Pierce following a 14-20 start to the season. He is now just four wins away from steering them to the NBA Finals for the first time since the franchise moved from St Louis in 1968.

Standing in the way are a Milwaukee roster who have made it this far for a second time in three years – they went 2-0 up on the Toronto Raptors in 2019, only to then lose four on the spin to the eventual champions.

While seeing off the Nets was impressive, Giannis Antetokounmpo made clear in the immediate aftermath that the focus must remain on the bigger picture, saying: "The job is not done. That's the message here and in the locker room, we've got to keep our heads in the game."

The Bucks start the series as overwhelming favourites, but the Hawks have shown they have no issues playing the role of dangerous underdogs during a postseason that has already thrown up plenty of surprises. 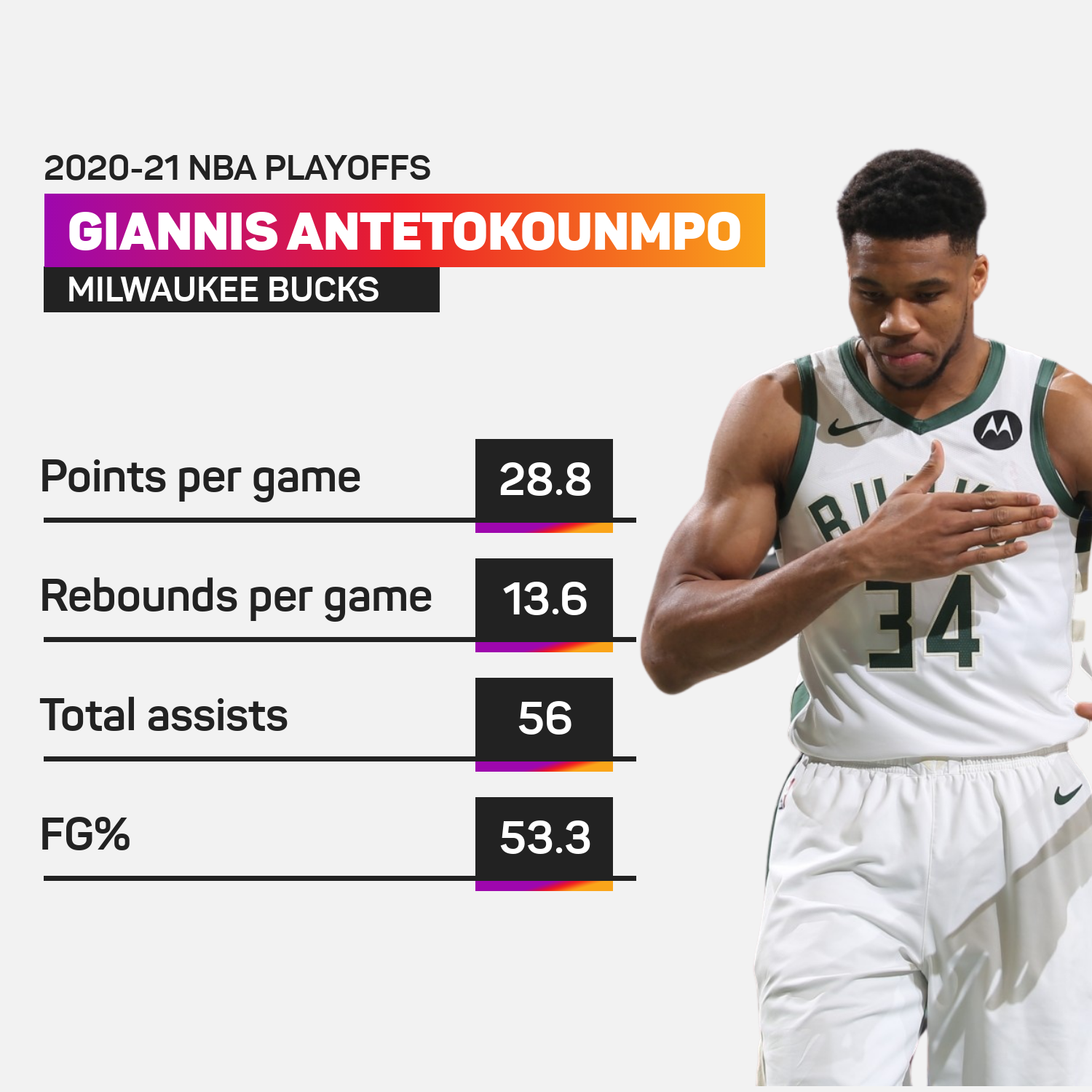 Antetokounmpo became just the fifth player in NBA history to reach 40 points and have 10 or more rebounds in a Game 7, but it was by no means a one-man show in the battle against Brooklyn.

Middleton is averaging 23.3 points per game during the playoffs, a number boosted by scoring 38 in Game 6 against Brooklyn to help get Milwaukee back on level terms. He is also set to be part of the Team USA roster for this year's Olympic Games in Tokyo, alongside fellow Buck Jrue Holiday.

Trae Young is undoubtedly the lead act for Atlanta, but Huerter stole the show in Game 7 in Philadelphia. 'Red Velvet' smoothly managed a team-high 27 points – his best performance in the postseason so far – as he went 10 for 18 shooting.

He had been shut out in Game 5 yet rediscovered his scoring touch when it mattered to help the Hawks progress, raising his postseason average to 11.6 points per outing.

Both Young and Holiday had Game 7 outings to forget, despite their respective teams coming out on top. The former finished with 21 points but landed just five of his 23 shot attempts from the field, with two of those successful efforts coming from long range.

Still, the fifth overall pick in the 2018 draft is averaging 29.1 points per game in these playoffs, making him the focus for the Bucks on defense. Holiday could well be charged with keeping quiet one of the frontrunners to be crowned the MVP of the playoffs.

There is nothing to split the teams in terms of playoff meetings – they have each won 11 apiece. The most recent series came in the first round in 2010, with the Hawks coming out on top in Game 7 having at one stage been 3-2 in arrears.