James Vince and Saqib Mahmood were among the players to impress as a hastily assembled England team beat Pakistan 3-0 in the ODI series.

England's second string have "done themselves a world of good" with their performances in the ODI series against Pakistan, says captain Eoin Morgan.

Ben Stokes returned early from an injury lay-off to captain a hastily assembled side in the three-match series after England's first-choice squad were forced to isolate due to a coronavirus outbreak.

However, with Morgan and Co watching on from the sidelines, England's back-up brigade impressed in a 3-0 series triumph – James Vince scoring his maiden ODI century as he led a record run chase at Edgbaston to secure the third victory.

England's star names have returned for the T20I series, which starts on Friday, though Saqib Mahmood, who was named player of the series, and Lewis Gregory have been rewarded for their performances.

"They've done themselves the world of good, to be honest," Morgan said when asked of the players who stepped up to fulfil the ODI series.

"The one thing you look at when guys come in and out is a marked improvement from the time they [first] get the opportunity to the time the next opportunity arrives. The two guys mentioned [Mahmood and Gregory] and Vince were outstanding.

"I think everybody within the group was extremely proud to watch them play like they did, simply because it's the biggest compliment you can pay to anybody who played in the World Cup group, and the way we've played in the last five years has had such an impact on the game.

"Guys recognise that opportunities are few and far between but, when they do come, the method that the team plays is starting to resonate with people around the country, which is great.

"Over the last six years, with the amount of cricket we play, you don't get to enjoy the cricket as much as you'd like. But sitting back and watching the guys [and] the way the guys played was hugely satisfying. They played an exciting brand of cricket, they really enjoyed themselves, and the result came with that. It was hugely beneficial." 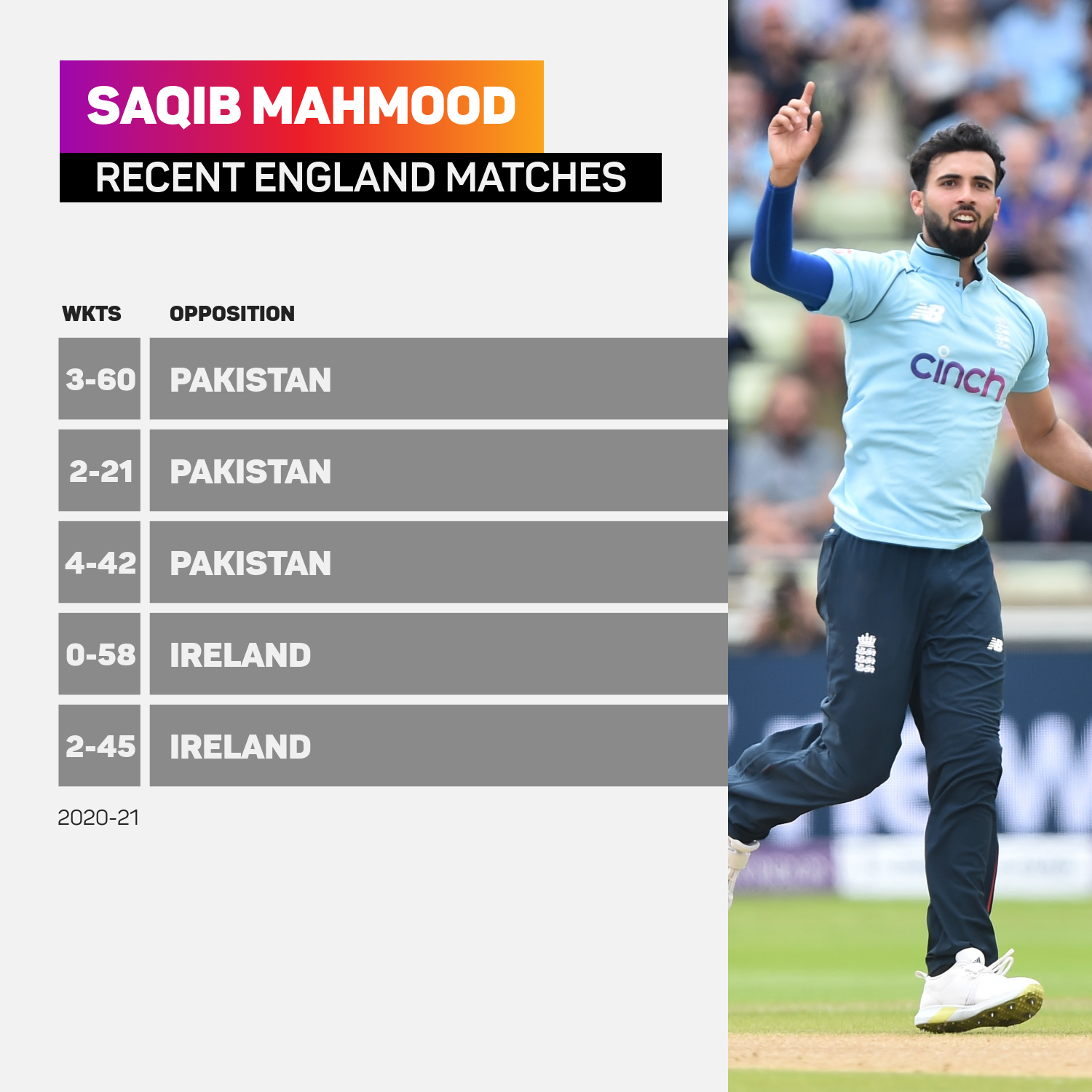 England have triumphed in five of their past six T20I home outings, and finished 2020 with three successive wins, meaning a victory at Trent Bridge will match their longest winning run on home soil in the format.

However, Pakistan won the most recent meeting between the teams last September, a five-run victory in Manchester in a series which finished 1-1.

One player Morgan will be unable to call on is Stokes, who has been rested as he recovers from the finger injury which had been set to keep him out of white-ball action this month.

"He dug us out of a huge hole coming back early from his injury and I think leading the way he did is a huge compliment to the leader he is within our side, how mature he has been as a leader and now a captain," Morgan said of Stokes.

"We gave him every chance to be fit. He hasn't played a lot of cricket and he's had some 'R and R' at home and feels quite fresh.

"The finger hasn't come along as he and the medical team would have liked, so it's important it's as good as it can be for the Test matches against India."