Sam Curran's first international five-for set England on the way to a convincing win at The Oval on Thursday as, despite Dhananjaya de Silva's efforts, Sri Lanka were limited to 241-9.

Dhananjaya's 91 from as many balls, an innings that included 13 boundaries, propelled Sri Lanka to a respectable score after Curran (5-48) had ripped through the tourists' top order.

It was not enough to hold England off, though, with captain Morgan (75 not out) and his Test counterpart Root (68 not out) rounded things off to seal the series win before the final match in Bristol on Sunday.

Dhananjaya was out in the middle by the 11th delivery of the day, Curran having dismissed both Kusal Perera and Avishka Fernando.

Curran and partner in crime David Willey (4-64) had the tourists at 21-4 by the seventh over, though successive boundaries got Dhananjaya into his stride.

Jason Roy had thumped his way to 40 by the end of the eighth over of the chase, with Jonny Bairstow crunching 14 in the next over to join the party.

Bairstow dragged on from Wanindu Hasaranga and Roy got himself to 60 before being caught by Dhananjaya, yet Sri Lanka would have no more joy in the field.

A six and a fortunate inside edge took Morgan to a confidence-boosting half-century, with Root reaching a second straight 50 in the next over, and victory was capped when England's captain hooked a short ball out to the leg-side boundary. 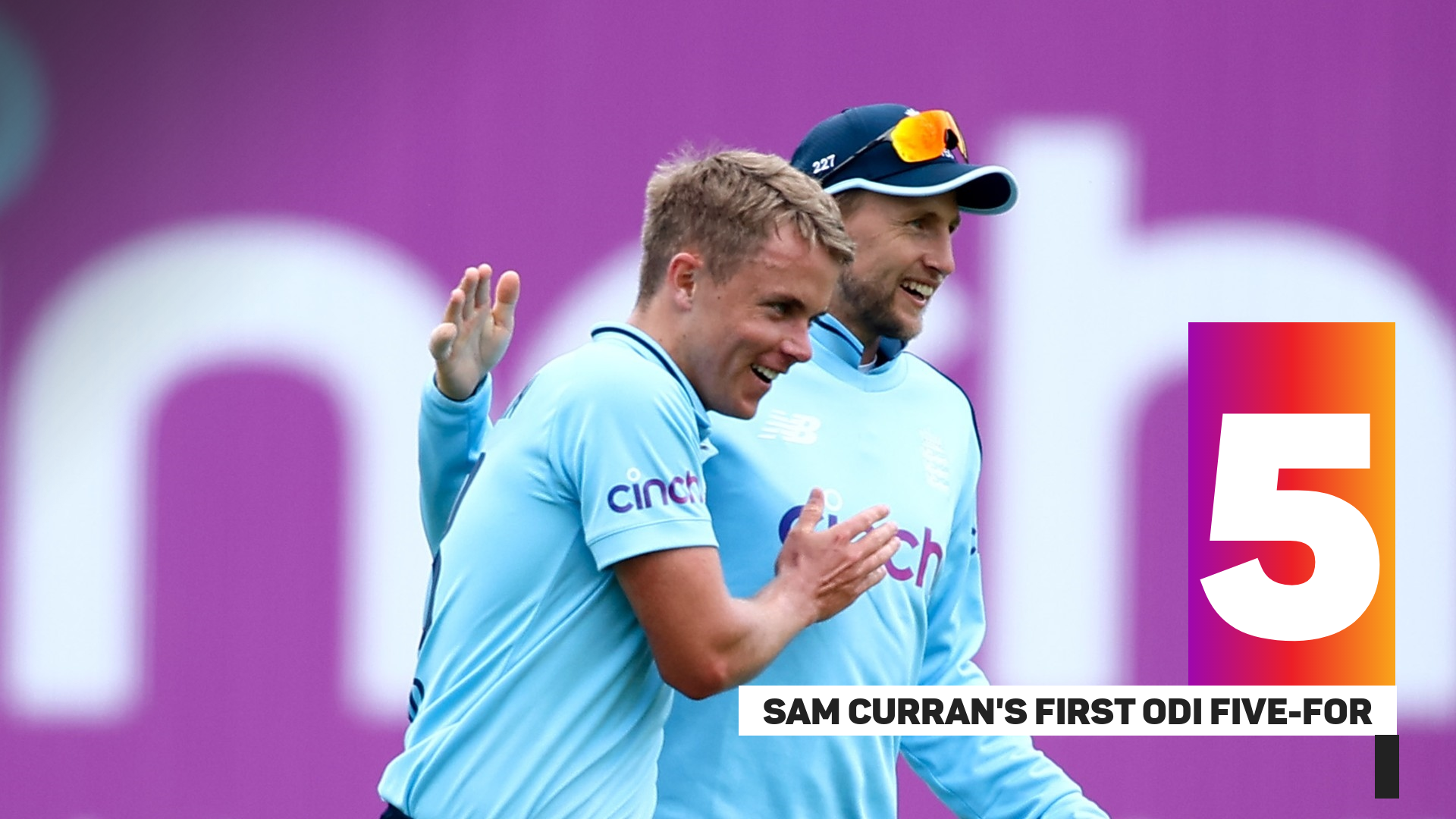 Surrey bowler Curran was due a star turn, and he delivered in some style on his home ground.

Morgan, meanwhile, was in need of a morale-boosting innings after some tricky form. He had not scored 50 or over since hitting 106 against Ireland in August 2020, having scored 23, 42, 23, 22 and six in his five innings since then, before Thursday's encounter.

That is five defeats on the bounce to start this tour for Sri Lanka, who now have to hope to avoid a T20 and ODI two-series whitewash.

Thursday's game came 15 years to the day since Sri Lanka chased down 322 at Trent Bridge with eight wickets in hand and 75 balls to spare, but this was a poor imitation of that team. This was Sri Lanka's 428th ODI defeat in men's cricket, seeing them overtake India as the side to lose the most matches in the format, while the Lions have also lost seven games this year, more than any other team.