In almost a carbon copy of the first T20I, Tabraiz Shamsi's three-wicket haul spun Ireland into a tangle as South Africa coasted to victory.

David Miller's 75 off 44 balls dragged South Africa back from 58-5 to reach 159-7 before Tabraiz Shamsi starred yet again to take 3-14 as he partnered with Bjorn Fortuin (3-16) to secure a 42-run victory and an unassailable 2-0 series lead against Ireland.

Quinton de Kock's 27 off 20 balls offered counter-attacking hope but when he fell to Simi Singh's first delivery, South Africa looked nervy at 38-4 as they chased back-to-back T20I series wins for the first time since March 2019.

Miller, however, rebuilt for the visitors as he recorded his fourth T20I half-century and combined with Wiaan Mulder (36 off 26 balls) to put on 58 for the sixth wicket and guide his side to their first-innings total of 159-7.

Kevin O'Brien's lean spell then continued as he was caught and bowled by left-arm spinner Fortuin in the first over without troubling the scorers and that set the platform for another disappointing batting performance from Ireland.

George Dockrell, who was offered a lifeline on 12 by Markram's drop, scored 20 off as many deliveries but only he and Shane Getkate (24 off 18 balls) provided any resistance after Stirling had been removed for 19 off 23 balls by star spinner Shamsi.

In what looked like an identical repeat of the series opener, Andy Balbirinie's men batted timidly and appeared awestruck by the talent of Shamsi and Fortuin as they limped to 117 all out with three balls to spare.

In 79 previous T20Is, Stirling had bowled 84 overs and taken just 17 wickets. But his two scalps, both caught by Josh Little in the first over, set Ireland off on a remarkable start.

But Miller, whose third fifty while batting at number six or lower in T20Is equalled the record set by Mohammad Nabi and Thisara Perera, provided an emphatic fightback to guide the visitors above par in Belfast.

The left-handed batsmen took 37 deliveries to reach the milestone but added 25 in his final seven as he blasted four sixes off Little's 20th over to finish strongly.

Spin it to win it, again

After spinning the Proteas to victory in Malahide with 4-27, the world's number-one ranked T20I bowler combined with Fortuin to dictate the Ireland chase.

Prior to this series, Shamsi's economy rate of 6.5 was the best among all bowlers to have bowled more than 10 T20I overs since the start of 2020, and the leg-spinner did that statistic no harm as he delivered 12 dot balls to go at just 3.5 an over during his spell.

While it was George Linde in Malahide, this time it was Fortuin who provided ample back-up to Shamsi as he bowled 18 dots to finish with an economy of just four an over. 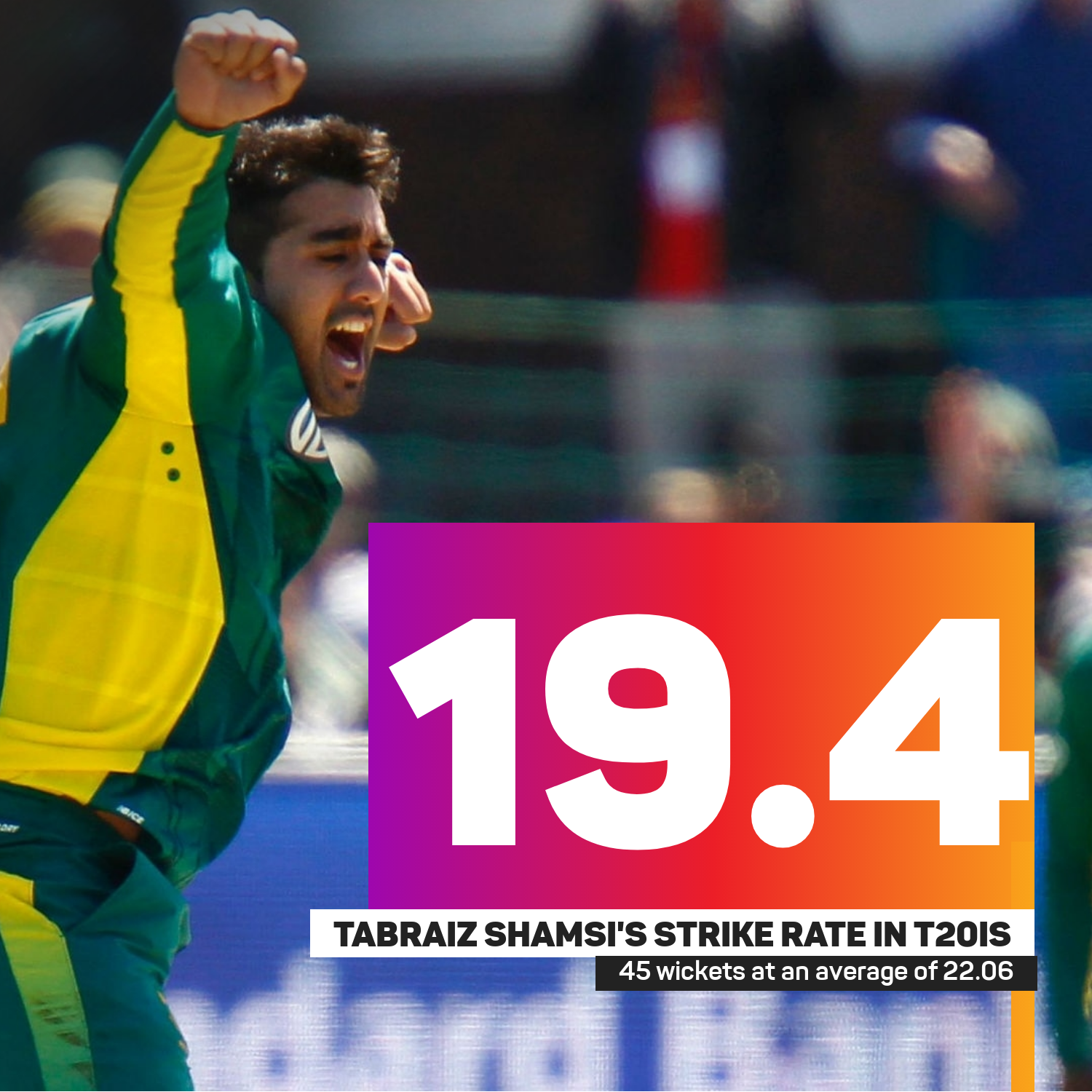 South Africa's director of rugby Rassie Erasmus wants his team to get an "equal chance" in the second Test against the Lions.

Maro Itoje was the British and Irish Lions' standout performer in the first Test win and Warren Gatland has heaped praise on the lock.

South Africa will hand a 50th cap to prop Steven Kitshoff after making three changes to their starting XV for the second Test.