Daniil Medvedev reached the first grass-court final of his career as he saw off Pablo Carreno Busta at the Mallorca Championships.

Medvedev, the top seed, had to come from a set down against his Spanish opponent, winning 3-6 6-3 6-2 to tee up a showdown against Sam Querrey.

The world number two has won 10 ATP Tour titles, but they have all come on hard courts.

"I know that I can play well on grass," said Medvedev, who followed up a quarter-final run at Roland Garros with a first-round defeat to Jan-Lennard Struff at the Halle Open.

"Unfortunately we don't have that many tournaments, only one ATP 500 and one grand slam. It's going to be a special feeling [if I] win my first title on grass.

"I still don't have one on clay, even if I have one final. Adding these titles, especially on different surfaces, can help your confidence and it’s just a great thing for your career." 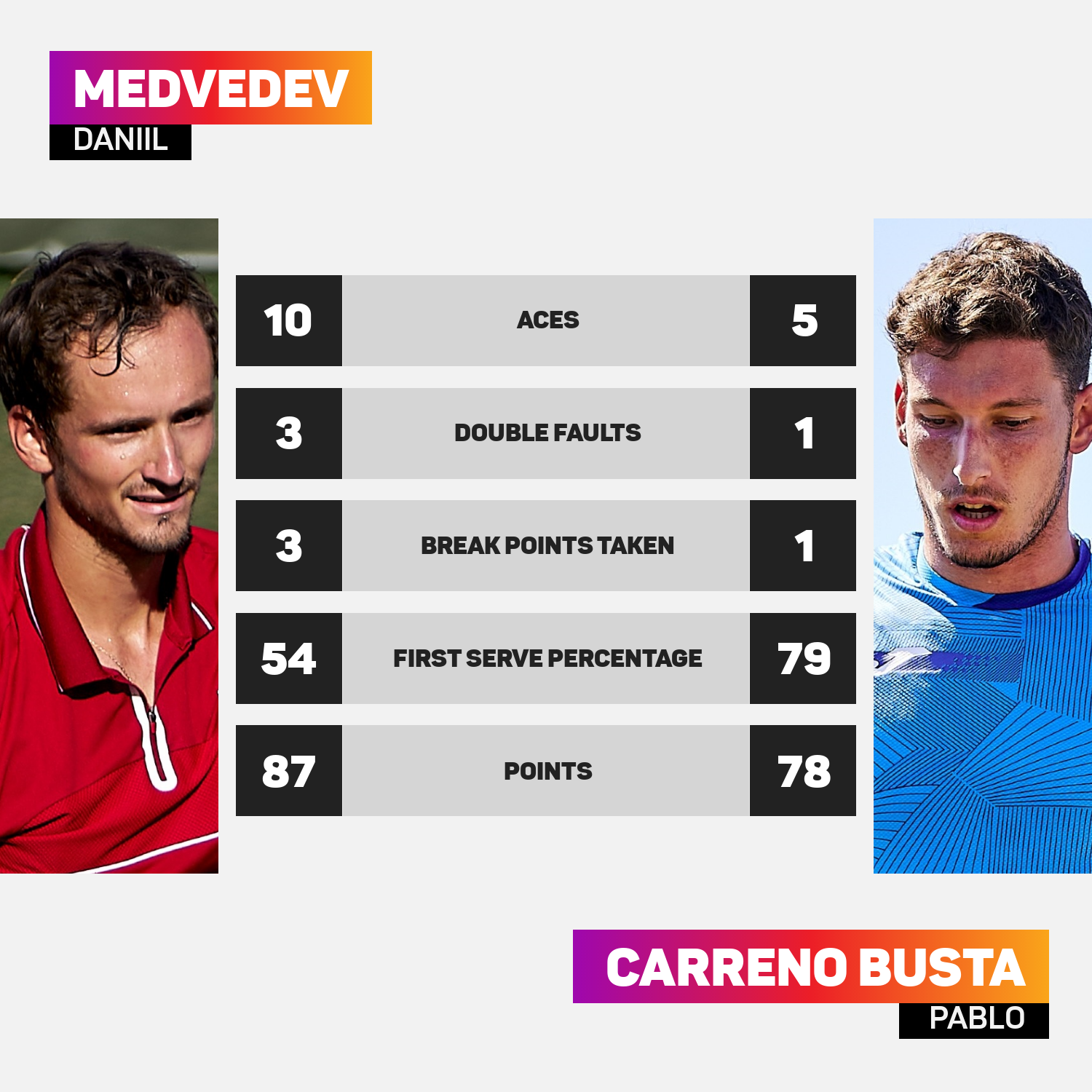 He had not dropped serve across the first four sets of his campaign in Mallorca and extended that streak by saving three break points in the opening set.

However, Medvedev – who has been drawn in the same half as Roger Federer at Wimbledon – rallied and served out the one-hour, 56-minute victory with an ace.

Querrey, meanwhile, will be going for his first ATP Tour title since 2017 after he cruised to a 6-4 6-3 win over unseeded Adrian Mannarino.

Another player who is hunting for his first Tour triumph on grass is Alex de Minaur, who defeated Soon Woo Kwon 6-3 7-6 (7-2) to progress to the Viking International final.

The world number 18 has won four hard-court titles and will go up against Lorenzo Sonego for the crown in Eastbourne.