McLaren chief executive Zak Brown will miss the British Grand Prix after testing positive for COVID-19, it emerged on Thursday.

Brown was one of three members of the McLaren team to return a positive test ahead of the Silverstone race weekend, but drivers Lando Norris and Daniel Ricciardo have had the all-clear.

The team said in a statement: "McLaren Racing confirmed today that three team members, including CEO Zak Brown, tested positive for COVID-19 during the team’s rigorous testing programme before the British Grand Prix. Neither of our drivers are close contacts.

"All three cases are unconnected and now isolating in accordance with government guidelines. The team’s operations for the British Grand Prix are unaffected."

Brown added on his Twitter account: "I've notified all my close contacts and isolating in accordance with government guidelines. I'll still be connected to and supporting the team safely from home."

Ricciardo's best results have been three sixth-placed finishes and he stands eighth in the drivers' standings.

British driver Norris, fourth in the championship, will be eyeing a strong performance in this coming Sunday's race, as well as Saturday's inaugural sprint.

He was said to be "shaken" after having his expensive watch stolen after attending the Euro 2020 final last Sunday. 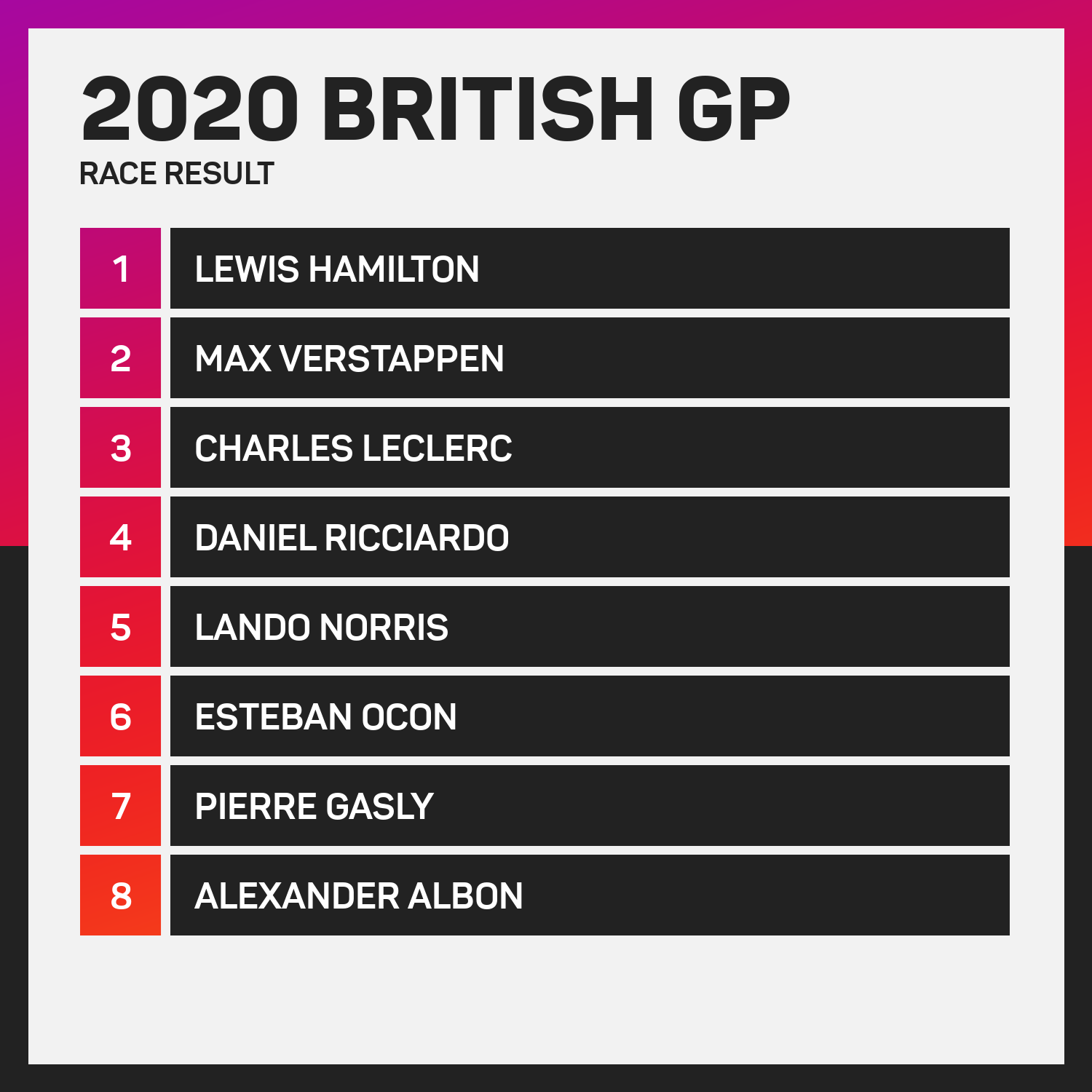 Norris 'not in perfect condition' for British GP after Wembley incident

Lando Norris had his watch taken in an "incident" at the Euro 2020 final on Sunday and the McLaren driver says he is not in the best shape.

There were a number of incidents at Wembley on Sunday, and McLaren have revealed Lando Norris had his watch taken from his wrist.

Verstappen coasts again in Austria after Norris holds up Hamilton

Sergio Perez made it to the finish line before his Red Bull broke down on Sunday, with the team belatedly enjoying some good fortune.

Max Verstappen produced an assured drive to win the Monaco Grand Prix for the first time in his burgeoning career, as Mercedes struggled.

McLaren have tied up Lando Norris on a new deal, with the ambitious British driver hoping the partnership can continue to blossom.