The Masters: Woods' return, McIlroy's Grand Slam bid and Scheffler on top of the world – the ones to watch at Augusta

The Masters tees off at Augusta National on Thursday, with Tiger Woods set for a remarkable return to golf.

There is nothing in golf quite like The Masters.

Arguably the most prestigious of the majors, Augusta National becomes the centre of the sporting world once more over the weekend, as the famous green jacket goes up for grabs again.

In 1997, Tiger Woods won his first major when he triumphed in Georgia, and 25 years on he is set to make a sensational comeback from injury.

But Woods is not the only name to look out for.

Let's start from the top. Scottie Scheffler is the world's new number one and he heads into the weekend on the back of three victories in his last five events, having not finished worse than T-19th in his six major appearances since 2020.

Scheffler said he has been resting up at home ahead of travelling to Augusta, where he joked he has already been brought down a peg or two.

He told Sky Sports: "I've been humbled a couple of times already, showing up here. The guy who picked me up in the cart this morning called me Xander, so that brought me down to earth real quick! It's been great, really looking forward to this week."

The Xander in question is Xander Schauffele. He finished T3 last year, three shots back from the champion Hideki Matsuyama, and was looking good on his final round until he sent a ball into the water on the 16th, but he won gold at the Tokyo Olympics and comes into the tournament in strong form.

Reigning champion Matsuyama cast doubt over his participation when he withdrew from the Texas Open with a neck problem, meanwhile, which may hinder his title defence. 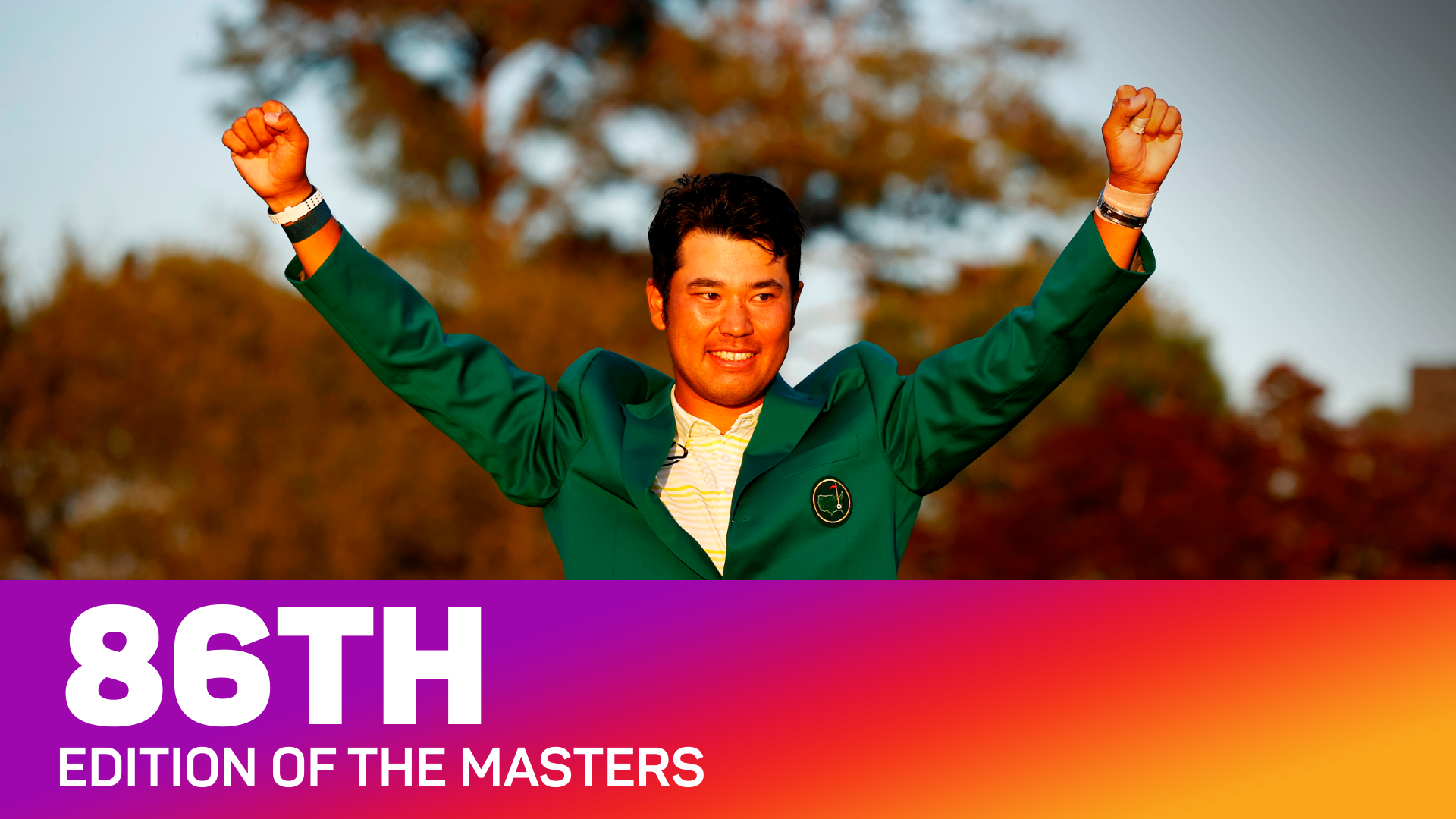 Brooks Koepka has won four majors, but did not make the cut last year and will be out to put that right this time around, having defeated Jon Rahm in the WGC-Match Play last 16.

Rahm has finished in the top 10 in each of his last four Masters appearances. However, the Spaniard has not won a tournament since triumphing in the US Open last year, but did secure a place in the top 10 in all four of last year's majors.

Dustin Johnson failed to make the cut in 2021 in a torrid title defence. He had dropped out of the top 10 up until an impressive performance at the WGC-Match Play moved him up to number eight, and he'll be determined to rekindle the form that saw him clinch the green jacket in 2020.

Viktor Hovland is ranked fourth in the world, though his weak chipping game may prove costly to his chances at Augusta, while Collin Morikawa cannot be discounted for a third major title and Justin Thomas will be out to win a second major having won the US PGA Championship in 2017.

Augusta is where golfers can shoot to stardom over the course of four spectacular days, and there will be plenty of the field who fancy their chances despite not being among the bookmakers' favourites.

One such player capable of a challenge is Cameron Smith. The Australian is ranked at a career-high six, won the Players' Championship last month and has finished inside the top 10 in three of the last four Masters.

Will Zalatoris, meanwhile, comes into the weekend with the best SG (strokes gained, which compares a player's score to the field average) tee-to-green* statistics on the PGA Tour this season, with his 1.767 average just edging out Thomas, and he came second on his Masters debut in 2021.

Zalatoris only has one pro win to his name so far but the 25-year-old has largely impressed at the majors. He finished T2 in 2021 at Augusta and T8 in last year's PGA Championship, while recording a T6 finish in the 2020 US Open.

Rory McIlroy's Masters record is frustrating. It is the only major the former world number one has not yet won. He finished in the top 10 six times between 2014 and 2020 before missing the cut last year, and now he'll have another stab at sealing a career Grand Slam, though his best finish this season has been third in the Dubai Desert Classic. 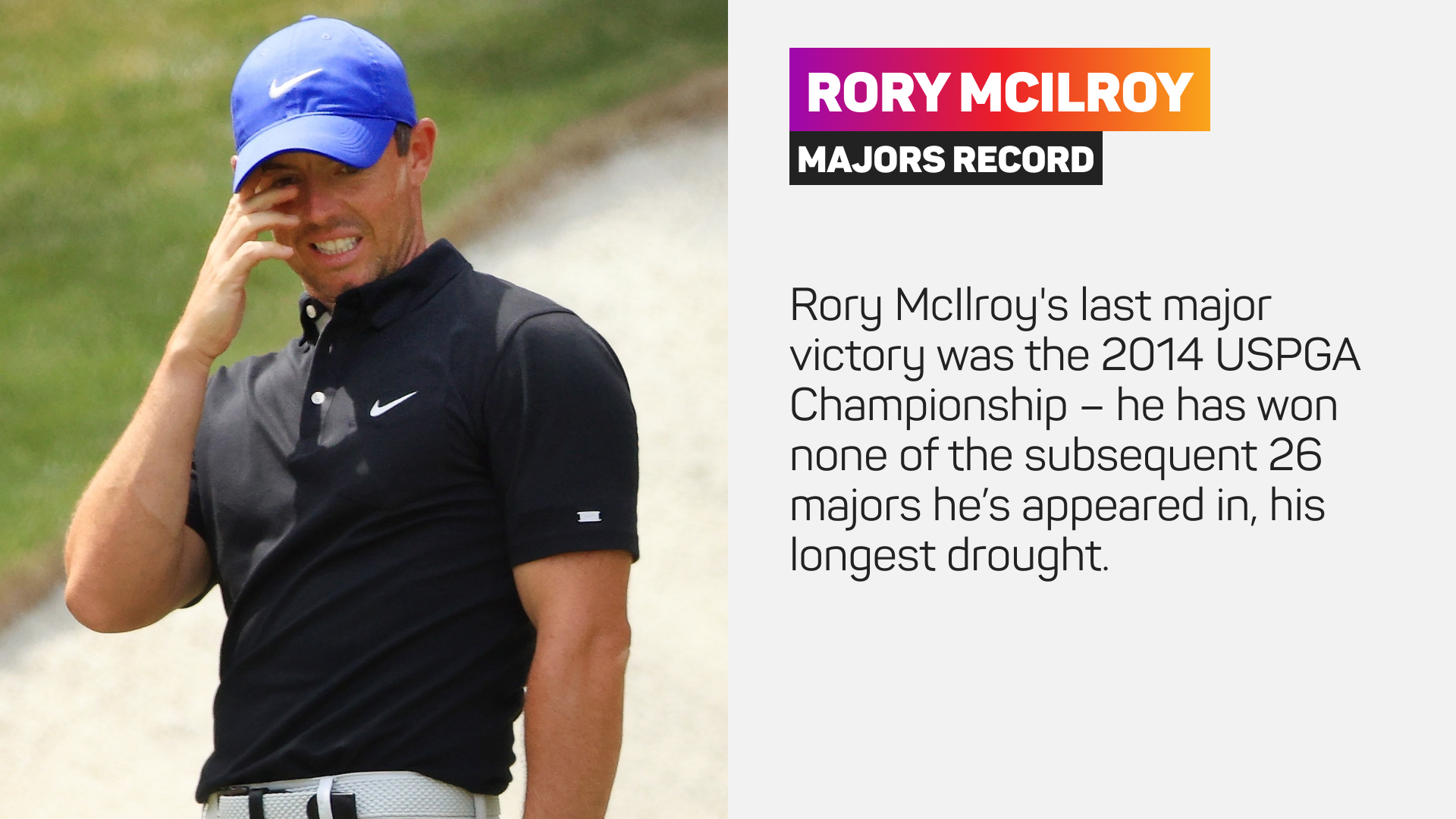 Only five players have previously completed a clean sweep of the majors, and McIlroy has not won one of the big four events since 2014.

Russell Henley will feature for the first time since 2018 after 12 top 10 finishes in the past year, and he has finished in the top 25 at Augusta three times, while Bryson DeChambeau is going to compete despite missing a chunk of the season with a hip problem. He finished T46 on three-over-par in 2021.

Marc Leishman finished fifth a year ago, improving on T13 from 2020, and Sergio Garcia will at least hope to make the cut for the first time since he won in 2017. Perhaps if the Spaniard can just make the weekend, he can go all the way again?

The return of the king

As far as comeback stories go in sport, Woods has already provided one of the very best.

In 2019, against all odds following years of back issues and surgery to fix the problems, Woods won The Masters for a fifth time in his illustrious career, taking his total of major victories to 15. He trails only Jack Nicklaus in that regard.

The 46-year-old admitted he cheated death in a major single-car crash in February 2021, which left him with serious leg and foot injuries. Woods was unable to walk unaided for several months and has not played serious golf since, but he is all set for a remarkable return on the biggest stage of them all.

It will be his first appearance in any tournament since he played at Augusta in November 2020. Since winning his maiden major a quarter of a century ago, Woods has claimed nine more major titles than any other player, while he is one of only three players to win successive Masters titles (2001 and 2002).

Woods has never failed to make the cut in 21 appearances, and even if he does not challenge at the top of the leaderboard this time around (though you would not put it past him) his comeback is already the story of the weekend. 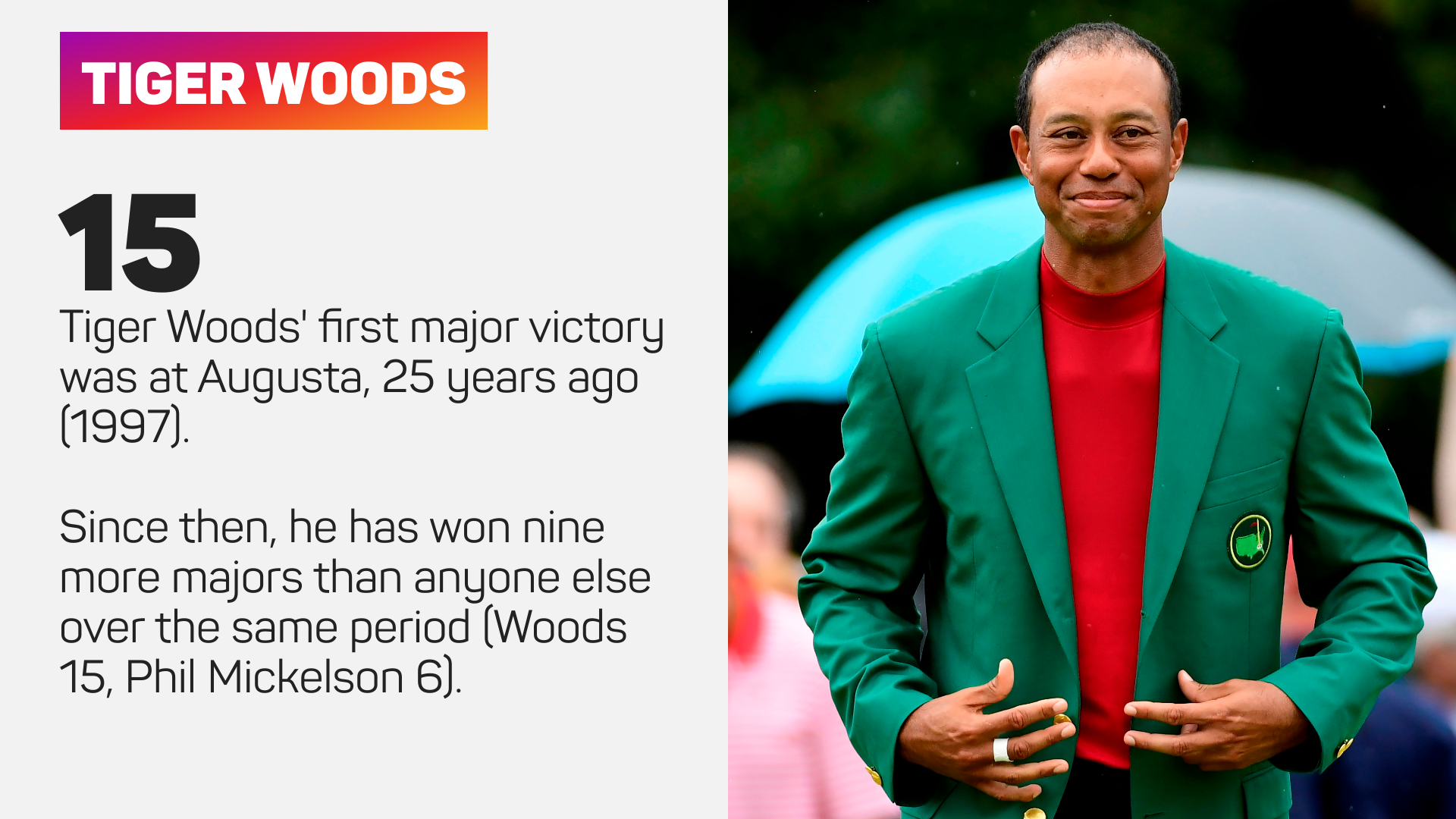 Scottie Scheffler was one of eight players with a share of the lead after Thursday's first round at the Charles Schwab Challenge in Texas.

Former teenage sensation Michelle Wie West is stepping back from the LPGA Tour, but the American left the door open for a return one day.

US PGA Championship: Mito Pereira says he felt the pressure during 18th-hole collapse

Chile's Mito Pereira said he could not think straight as he tried to seal his debut PGA Tour win at the US PGA Championship.

Justin Thomas admitted he did not look at the scoreboard on Sunday after coming in eight strokes off the lead, before winning in a playoff.

US PGA Championship: Justin Thomas wins after playoff against Will Zalatoris

Justin Thomas trailed Mito Pereira by eight strokes heading into Sunday's final round, but he left with his second Wanamaker Trophy.

Tiger Woods had a third round to forget at the PGA Championship, carding 79 to extinguish any hope of success in Tulsa.