Mahmood sets up crushing win for makeshift England side over Pakistan

Pakistan suffered a humiliating defeat in the first game of the ODI series against a new-look England side.

Saqib Mahmood tore through Pakistan as a makeshift England side cruised to a crushing nine-wicket victory in the first game of the ODI series at Sophia Gardens.

England were forced to name an entirely new squad just two days before the opening match in Cardiff due to a coronavirus outbreak in the initial party.

A new-look team including five debutants grasped their opportunity in emphatic fashion, however, as the rusty tourists were dismissed for only 141 in 35.2 overs after being put in to bat by stand-in skipper Ben Stokes.

Mahmood took two wickets in the first over and finished with excellent figures of 4-42, while Craig Overton (2-23) and Matt Parkinson (2-28) also did damage.

Fakhar Zaman top scored with 47 in a nightmare start to the three-match series for Pakistan and England reached their target from only 21.5 overs, with Dawid Malan (68 not out) and debutant Zak Crawley (58no) making unbeaten half-centuries.

Mahmood snared Imam-ul-Haq leg before with the first ball of the game and claimed the huge wicket of Babar Azam two deliveries later, the Pakistan captain edging a peach of a delivery behind without scoring.

Lewis Gregory had Mohammad Rizwan caught by wicketkeeper John Simpson and Pakistan were 26-4 when Saud Shakeel was struck in front by a fired-up Mahmood.

Fakhar, who had scored centuries in his previous two ODI knocks against South Africa, struck six boundaries before slashing leg-spinner Parkinson to Crawley at point and while Shadab Khan added 30, Pakistan folded miserably.

Shaheen Shah Afridi saw the back of Phil Salt for only seven, but Malan and Crawley eased England home with an unbroken stand of 120. 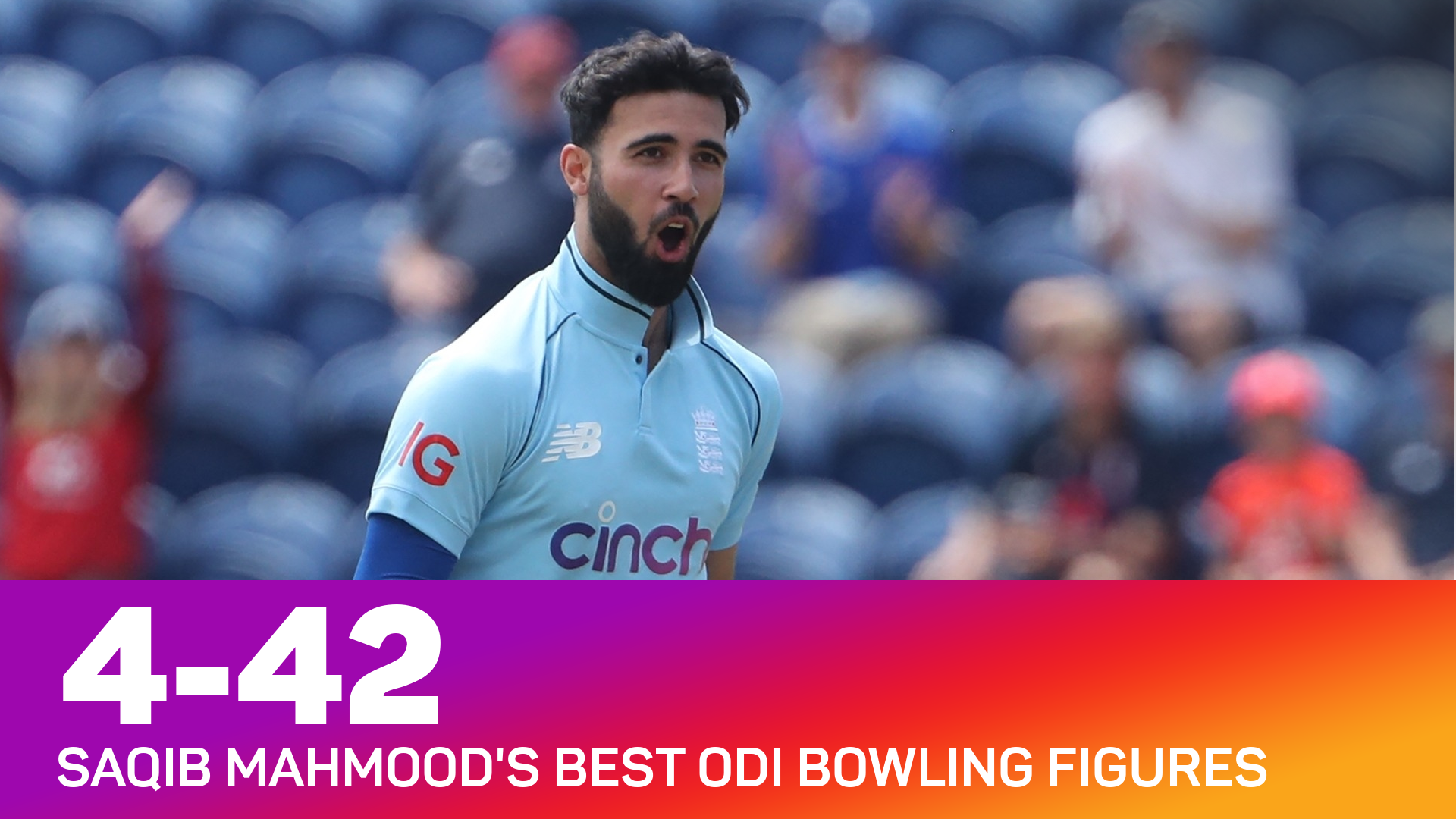 Mahmood playing in his fifth ODI, recorded his best international figures, while Gregory conceded only one boundary from his four overs before Overton and Parkinson claimed a couple of wickets apiece.

England have now taken 33 wickets during powerplays in the 50-over format since winning the Cricket World Cup two years ago, 11 more than any other side. No team to play over three matches in that period has a better strike rate (28.2 balls per wicket) and their rate of a boundary every 10.4 deliveries is also the best.

MALAN AND CRAWLEY CASH IN

Malan missed the 2-0 series victory over Sri Lanka due to personal reasons but played fluently on his unexpected return. He has now recorded back-to-back ODI half-centuries, having also reached the landmark against India in Pune back in March.

The left-hander also made 76 in a recent Twenty20 victory over Sri Lanka and has showed he could merit a place in all formats. Crawley struggled in the Test series loss to New Zealand, yet he looked in good touch as he struck seven boundaries in a 50-ball innings.