The Los Angeles Lakers beat the Utah Jazz thanks to LeBron James' 25 points and some late brilliance from Stanley Johnson.

A superb late show from Stanley Johnson, who hit 10 of his 15 points in the fourth quarter, saw the Lakers respond to their loss to the Denver Nuggets two days ago by winning 101-95.

Gobert came up with 19 points and 16 rebounds, his second double-double in as many days despite not attempting a shot until the second quarter, but he could not prevent Johnson's clever layup move that put the Lakers 89-87 ahead.

In reality, it was Johnson's day: having been re-signed to a 10-day contract earlier, he scored six consecutive points in the final quarter and tied the game at 83-83, making seven of his nine shots.

Russell Westbrook's 15 points also proved key, but it was his spectacular dunk over Gobert in the second quarter – called for a technical foul – that drew the biggest cheers. 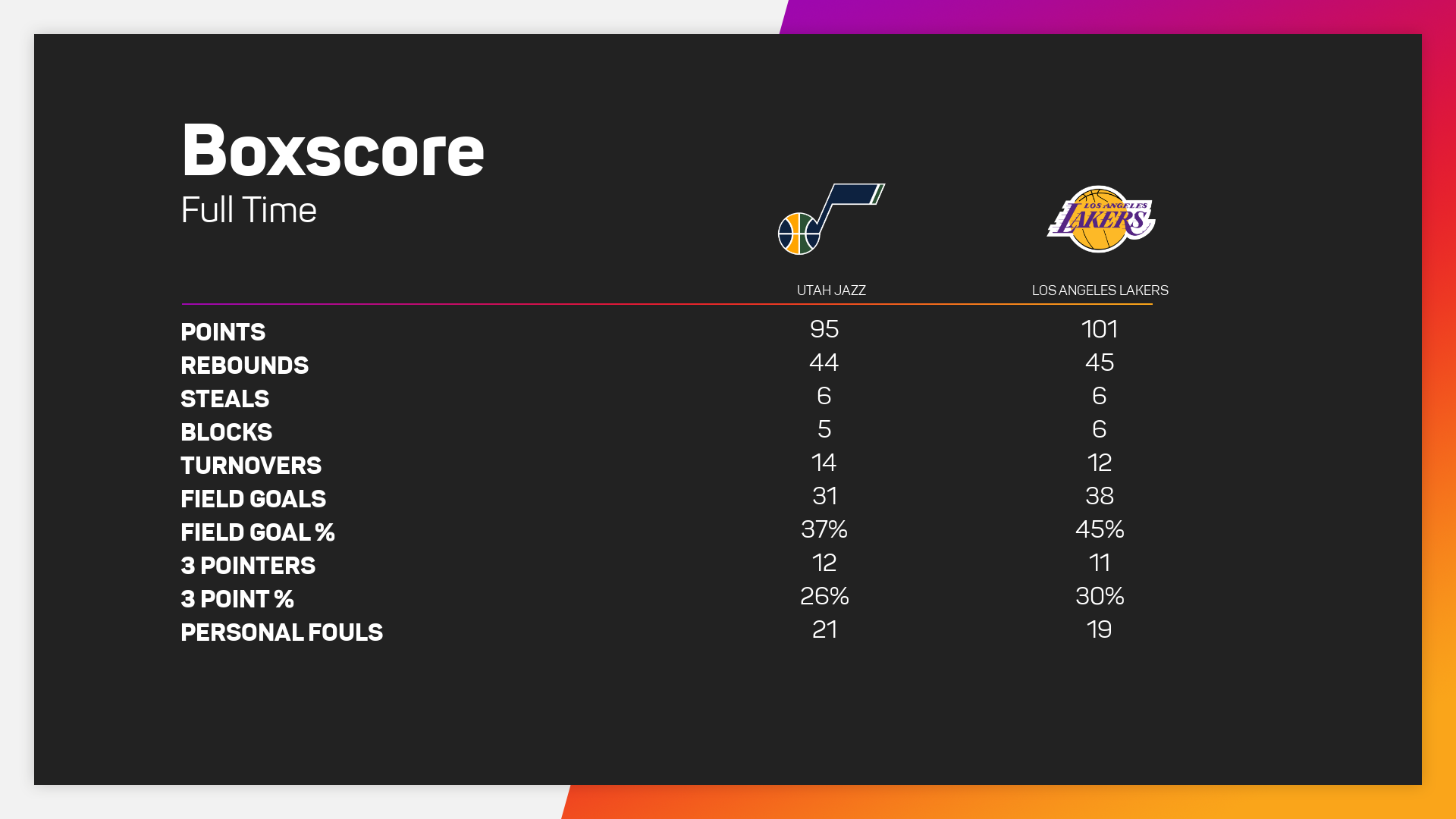 Devin Booker scored 48 points, his best return in a game this season, finishing 18-for-33 from the field and sinking five of 13 three-point attempts.

Double-doubles from Chris Paul and Bismack Biyombo helped the Phoenix to a dominant fourth-quarter display, outscoring the Spurs 34-16 as they made it five straight wins in San Antonio.

Adebayo back with a Bam, Doncic drags Mavs past Thunder

Adebayo's 14 points and a triple-double from Jimmy Buttler of 19 points, 10 assists and 10 rebounds helped the Heat move into a virtual tie for the lead in the Eastern Conference with the struggling Chicago Bulls.

The Dallas Mavericks made it three wins in a row, a triple-double from Luka Doncic helping them to hold off a second-half comeback from the Oklahoma City Thunder in a 104-102 victory.

CJ McCollum, back from a 17-game absence caused by a collapsed lung, scored 16 points as the Portland Trail Blazers beat the Orlando Magic 98-88 – their 10th straight victory over the East's bottom side. 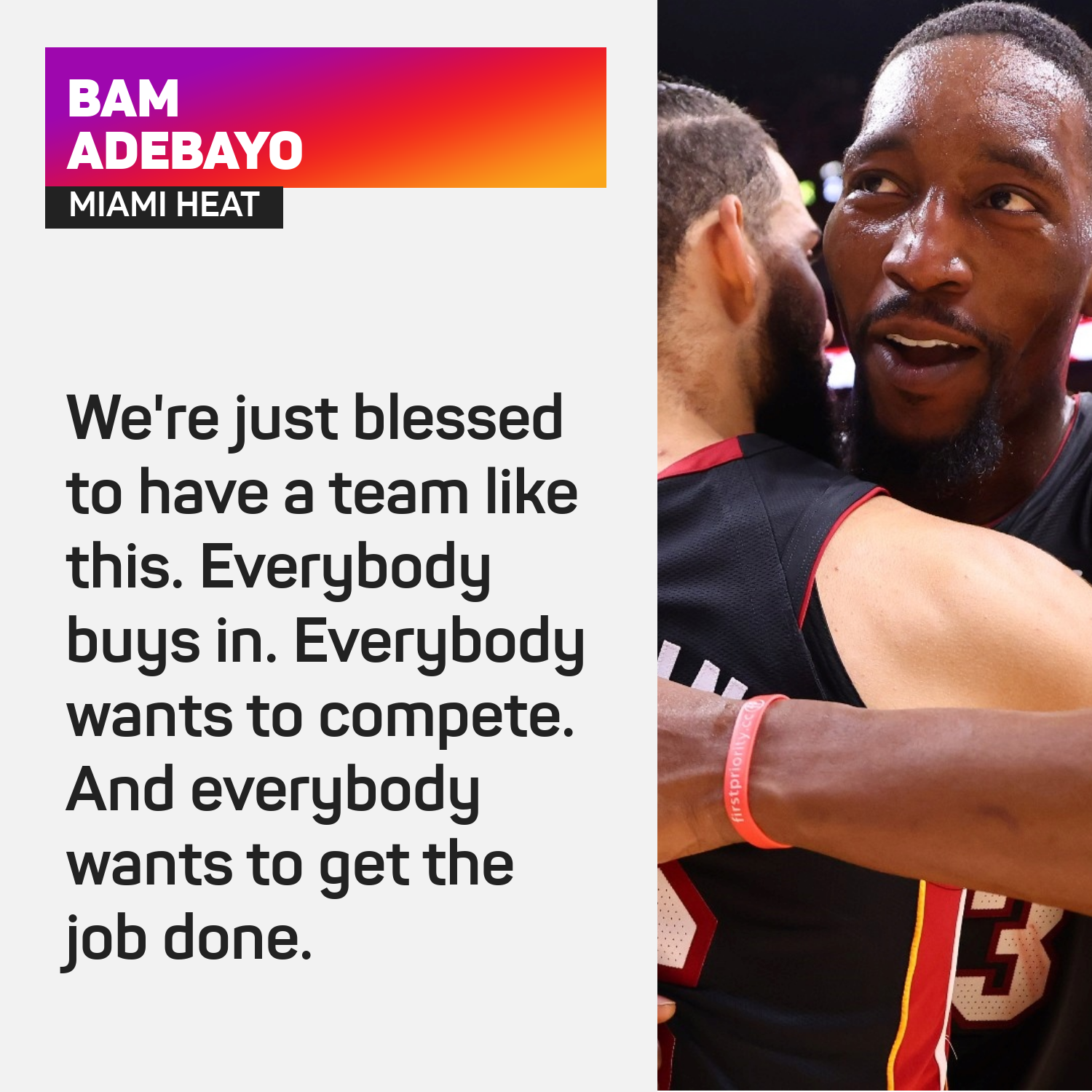 Heat without Herro for Game 4, Butler set to play

The Miami Heat will have to do without Tyler Herro when they attempt to take a 3-1 series lead at TD Garden.

Heat hold out without Butler in Boston to take Game 3

The Miami Heat took Game 3 of the Eastern Conference Finals on Saturday in a 109-103 win, as an injured Jimmy Butler missed the second half.

Mavericks 'died by the 3' in Game 2 loss to Warriors, says Kidd

Despite Luka Doncic posting 42, the Dallas Mavericks were lambasted by their coach Jason Kidd after failing to deliver on shot selection.

Stephen Curry said no matter how well Luka Doncic is defended, he is still going to score, after the Slovenian star dropped 42 in Game 2.