Since being drafted first overall by the Miami Heat in 2003, James has won four NBA championships and four Finals MVP awards, while being selected in 18 All-Star teams.

James is also just 1,325 points behind all-time NBA scoring leader Kareem Abdul-Jabbar, a record he could break this season - which gets under way with the Boston Celtics facing the Philadelphia 76ers on Tuesday.

Gill says even if James breaks Abdul-Jabbar's scoring record, it does not make him the best player of all time above Jordan, telling Stats Perform: "You've got to be in the 'six five' club to be even mentioned in the conversation of the greatest of all time, and that's at least six championships and at least five MVPs.

"Only three players have ever done that; Bill Russell, Kareem Abdul-Jabbar, Michael Jordan. That's why LeBron can't be in that conversation right now.

"I think Michael Jordan is the greatest NBA player of all time. Numbers don't lie.

"This is the one that really tells me what people think deep down inside. I say, 'if you have one game to win for your life, who are you gonna pick, Michael Jordan and LeBron James?'

"The answer is always Michael Jordan." 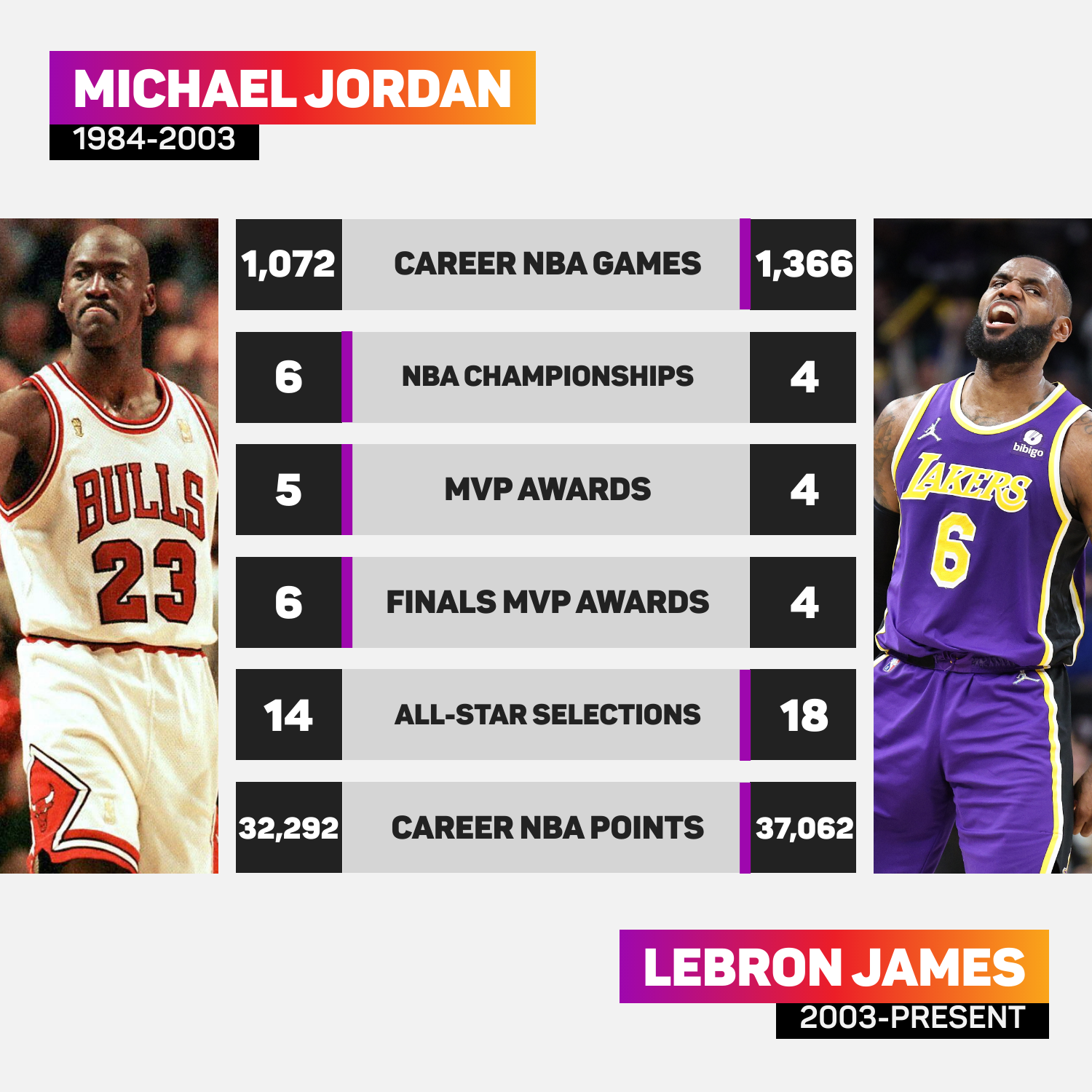 James' Los Angeles Lakers face a tricky season opener on Wednesday against the Golden State Warriors, who are looking to retain the title they won in June by overcoming the Celtics in the NBA Finals.

Gill does not believe the Lakers have what it takes to win the franchise's 18th NBA championship, adding: "I love LeBron James but I don't think that the LA Lakers have the chemistry to win.

"You've got Russell Westbrook there, you've got Anthony Davis, you have LeBron James, you have Pat Bev [Beverley] there.

"Sometimes too much talent on a team is bad. It's not good, because everybody is trying to be the guy that they used to be on their previous team.

"I tell people this all the time. It's very hard to play with Lebron James. The reason why is because you have to completely change your game.

"LeBron is really the de facto point guard. Even though he's six foot nine, 270 pounds. He's going to handle the basketball most of the time.

"Everybody has to change the game because LeBron has the basketball most of the time. That's why Westbrook struggled last year because he wasn’t really allowed to play his position full-time."