Justin Langer says he was tired of the "b******t politics" within Cricket Australia while he was head coach of the national team and insisted he would never coach England.

Langer resigned in February on the back of masterminding Australia's maiden T20 World Cup triumph and a 4-0 Ashes thumping of England on home soil.

The former opening batter turned down a short-term contract extension, bringing his reign to an end almost four years after replacing Darren Lehmann.

Ricky Ponting, the late Shane Warne, Matthew Hayden and Mark Waugh were among the Australia greats who hit out at Cricket Australia over their treatment of Langer.

The 51-year-old has spoken out over the issues he had to contend with, taking aim at interim Cricket Australia chairman Richard Freudenstein.

Langer told a Chamber of Commerce and Industry WA event in Perth: "The first thing he [Freudenstein] said to me was, 'It must make you feel so good that all your mates are supporting you in the media.'

"Ironically, the last six months of my coaching career were the most enjoyable period of 12 years of coaching. Not only did we win everything, but I had energy, and I had focus, and I was happy – besides the b******t politics." 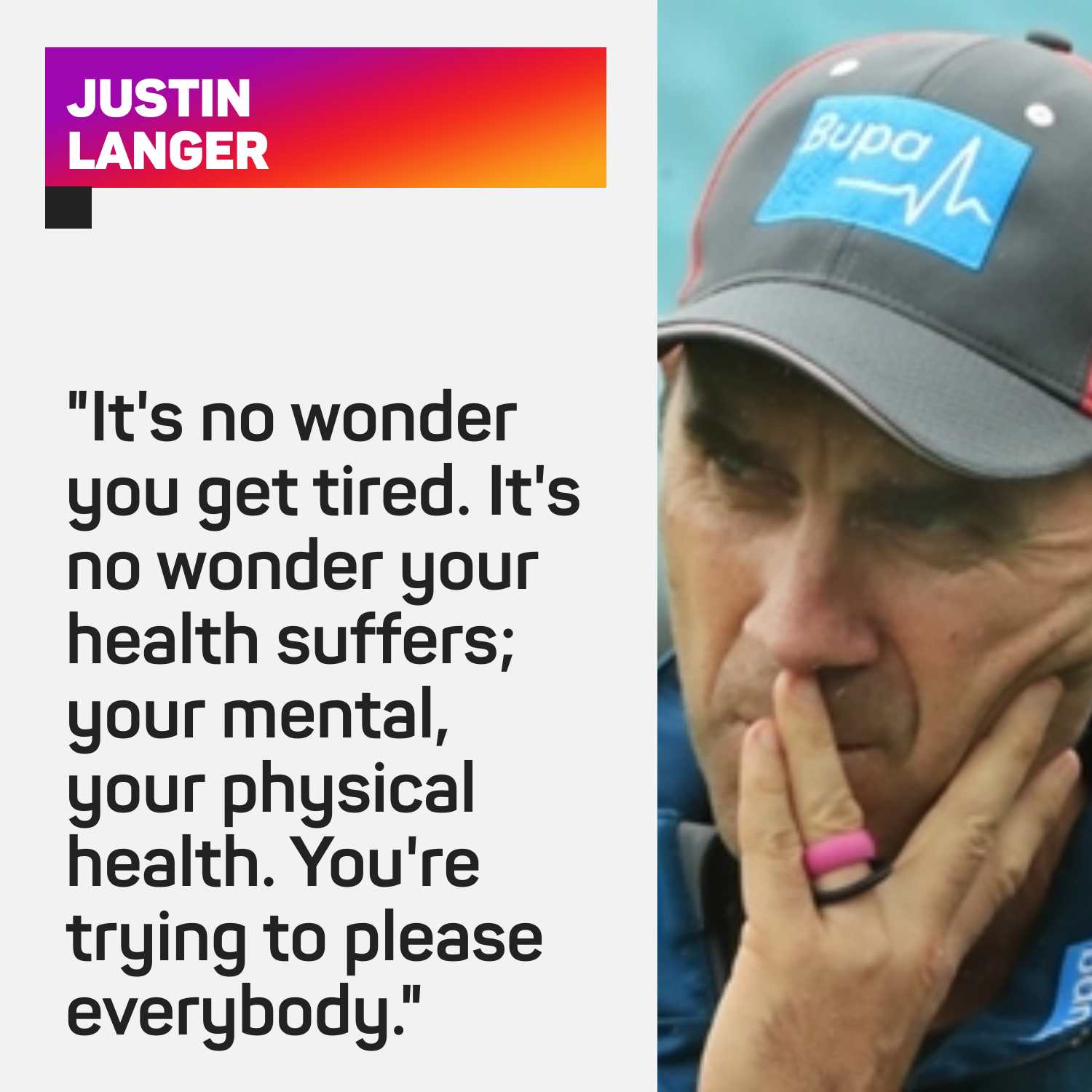 "The great lesson I learned was…I cleared my desk, and all of a sudden instead of having everything on my table, I had two things on my desk. One was winning and the second thing was my people.

Langer was linked with England before Brendon McCullum and Matthew Mott were appointed as Test and white-ball head coaches respectively.

Asked whether he would have taken a job with Australia's fierce rivals, Langer replied while shaking his head: "I've never spoken to English cricket. The thought of coaching England ...mate!"

England could be without one of their star players for the first Test against Australia after Jonny May tested positive for COVID-19.

Daryl Mitchell could have been dismissed early, then played a part in a bizarre dismissal, before piling on the runs against England.

Eoin Morgan has faced questions over his England captaincy role, much to the confusion of Ben Stokes and Jos Buttler.

Questions have been posed over the tenure of New Zealand captain Kane Williamson, who has struggled with the bat in recent Tests.

Christian Eriksen is reportedly yet to choose between joining Manchester United or staying at Brentford, to Gary Neville's frustration.