Reports suggest LeBron James has signed a two-year extension with the Los Angeles Lakers, with a player option for the 2024-25 season.

The Los Angeles Lakers have tied down the immediate future of the greatest player of all time in LeBron James, according to Lakers podcaster Anthony Irwin.

James has agreed a two-year contract extension with the Lakers worth a whopping $97.1million, it was reported by ESPN on Wednesday, citing Klutch Sports CEO Rich Paul.

The 37-year-old had been entering the final year of a contract worth $44.5m. His new deal apparently includes a player option for the 2024-25 season.

Last season, James played 56 games overall, averaging 30.3 points per game, only the second time he has averaged over 30 in a single campaign (31.4 PPG for the Cleveland Cavaliers in 2005-06).

He averaged 8.2 rebounds per game, 6.2 assists and hit a career-high season average of 2.9 three-pointers and 8.0 attempts per game.

Speaking to Stats Perform, Irwin said he lists James ahead of Michael Jordan and former Laker Kareem Abdul-Jabbar when it comes to judging the best player of all time.

"I have him as the greatest ever, in my book," he said. "Now, we're splitting hairs anytime you're talking about him and Michael and Kareem, who for some reason is never like involved in the conversation in ways that I think he should be.

"The league is more competitive I think now than it was when Michael was playing. I think you have to take that into account.

"Anybody who tries to act as if those three guys don't have a case to be made, those are the people that I find myself rolling my eyes at." 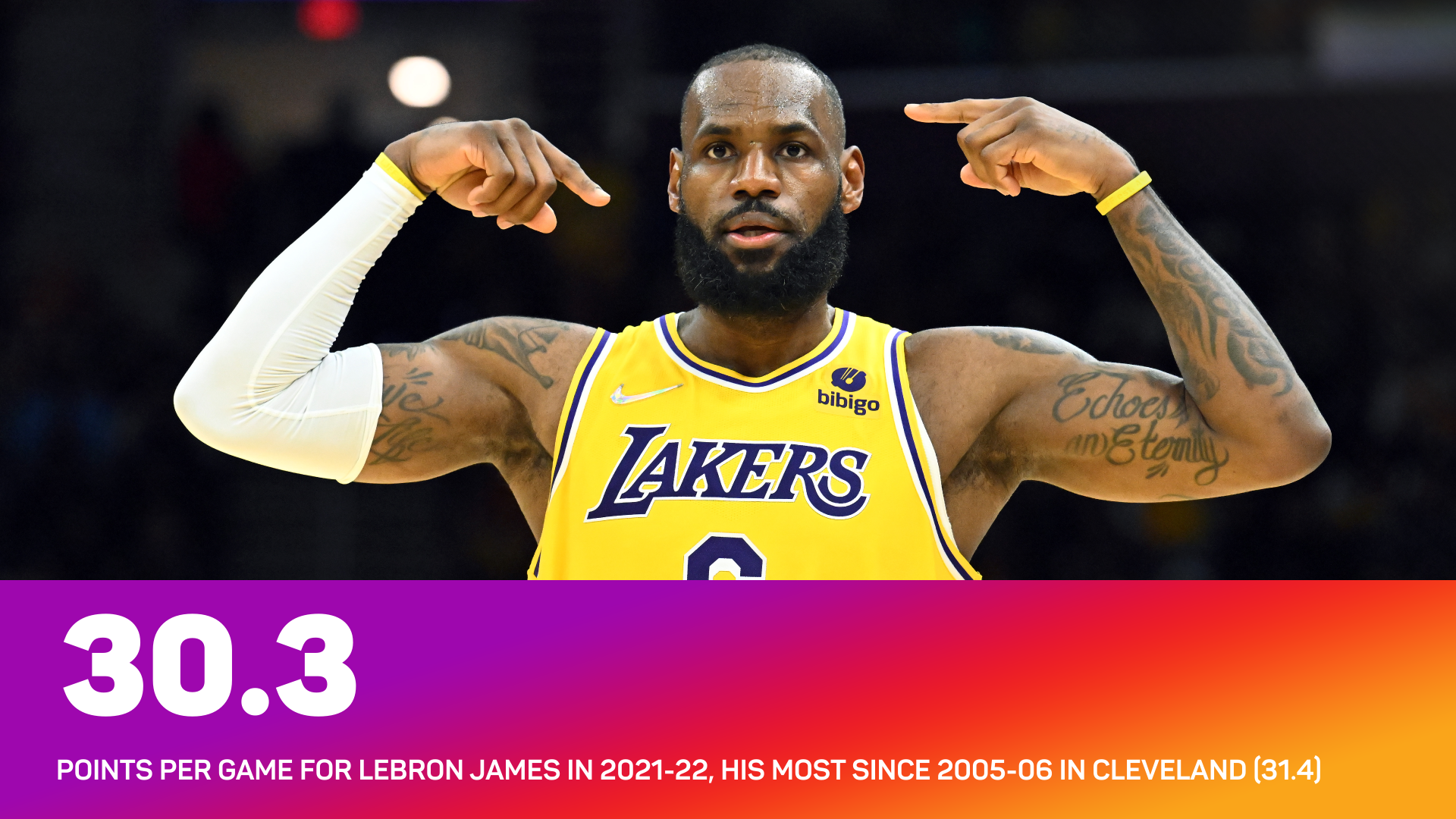 Irwin – who hosts Lakers podcasts on Silver Screen and Roll – was pleased with the reported agreement between the organisation and James, believing it could make things easier for the Lakers as they look to move Russell Westbrook on.

"It's good that all parties came to the conclusion that they couldn't have this loom over the season or training camp," Irwin added. "I think if LeBron was going to continue his relationship with the Lakers, they had to either announce an exit strategy or announce an extension. Fortunately, they came to the latter decision.

"The other part of this that I find interesting is obviously everybody knows they've been trying to trade Russell Westbrook.

"One source of leverage that other teams might have had on the Lakers as they tried to do that was 'You have to trade Russell Westbrook, you have to appease Lebron James. Otherwise, he's not going to sign that extension.' And you have that awkward relationship carrying forward into the season.

"Now, that's not something that other teams have. So this helps the Lakers, I think, accomplish their goal of not just moving Westbrook but not overpaying to do so. And hopefully bringing some legitimate help back in return."

The Los Angeles Lakers announced the return of point guard Dennis Schröder on a one-year deal on Friday.

LeBron James and Chris Paul were among NBA high-profile players who were unhappy with the league's handling of Phoenix Suns owner Robert Sarver's controversies.

Serena Williams looks to have concluded her career after her US Open defeat on Friday and tributes have been pouring in.

Danilo Gallinari tore his ACL playing for Italy at the FIBA World Cup, and could miss most or all of the NBA season for the Celtics.

Klopp: I wish Liverpool players listened to me as much as they did Steve Kerr!

RJ Barrett close to $120million four-year extension with the Knicks

Despite reportedly being a part of trade negotiations for Donovan Mitchell, RJ Barrett appears to be staying with the New York Knicks.

Patrick Beverley only joined the Utah Jazz in July, but the experienced guard is on the move again after signing with the Lakers.

Oklahoma City Thunder's Chet Holmgren will miss his entire rookie season after suffering a Lisfranc injury to his right foot.