Viktor Hovland will turn his focus to The Open, the Tokyo Olympics and a Ryder Cup debut after triumphing at the BMW International Open.

Viktor Hovland became the first Norwegian winner on the European Tour as the rising star fended off Martin Kaymer at the BMW International Open.

The 23-year-old, who played college golf in the United States, has come a long way since winning the 2018 U.S. Amateur title, already scoring two victories on the PGA Tour.

On Sunday he ticked off another career target by landing a title in Europe, building on his big week at Golfclub Munchen Eichenried with a closing two-under 70 to triumph by two shots.

Kaymer charged on the final day in Munich, with an eight-under 64 seeing the German set a daunting clubhouse target of 17 under par, and Hovland still had work to do at that stage.

But three birdies over the closing six holes, with just one bogey in that run, saw Hovland reach 19 under.

Debuts in the Ryder Cup, for which he appears a certain pick, Olympic Games and Open Championship await him in the coming months, with Hovland also set to rise to 13th in the world rankings.

"I'm kind of glad it's over, it was a long day," he said. "It was very stressful, but it feels great and it will be nice to relax for a couple of weeks now." 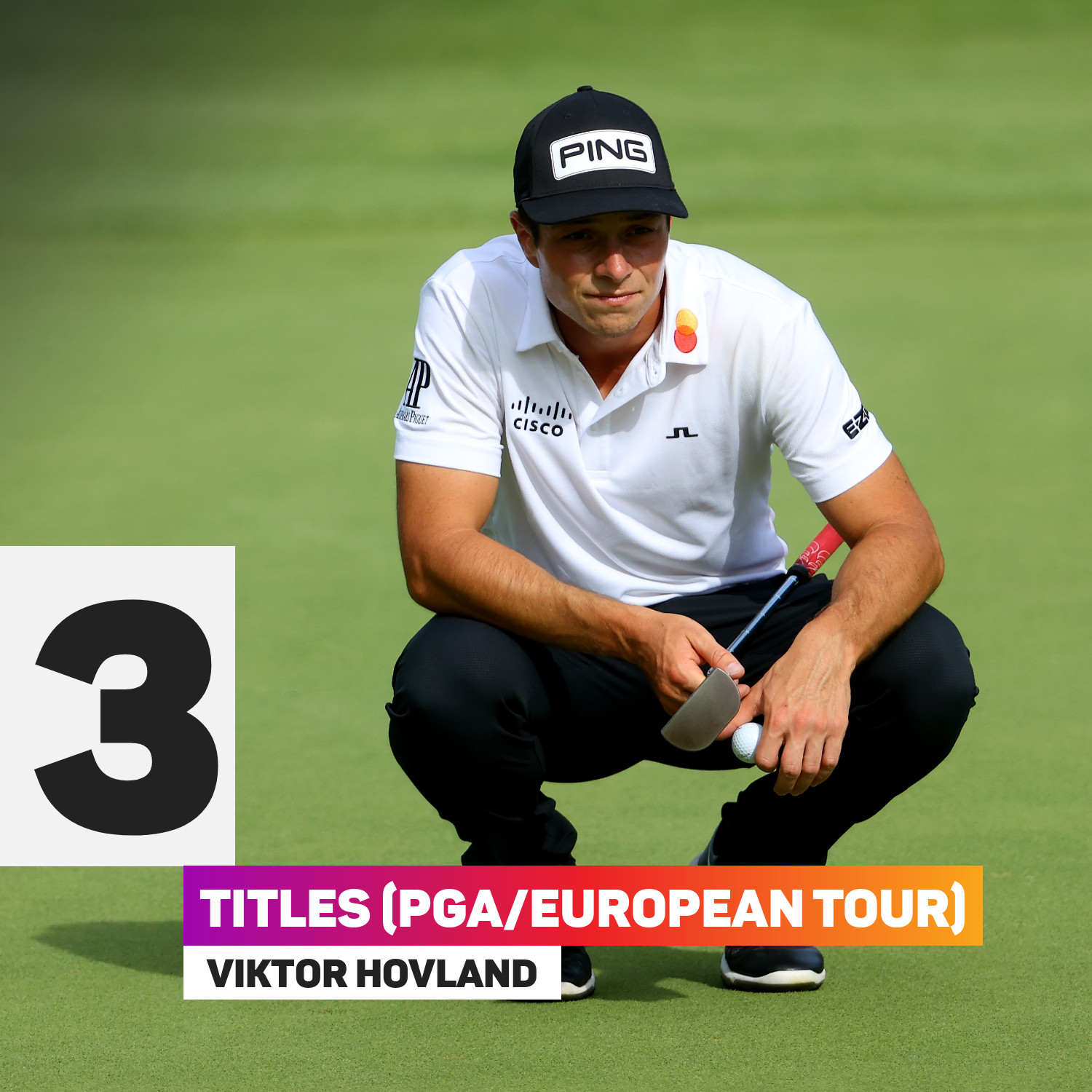 Hovland was wary that Kaymer was on a roll, shooting what proved to be the lowest score of the day.

"I saw he was creeping from behind," Hovland said. "After missing a bunch of putts, making the birdie on 13 helped a lot and the par save on 14, that was big for momentum.

"After that I tried to play pretty solid golf and make not too many mistakes. I had a three-putt on 17 but a great birdie on 16 and 18 so it was good enough today."

Hovland is bracing himself for a huge summer, saying: "First of all, I'm looking forward to a couple of weeks at home in Norway, just relax and see all of my friends.

"Then it's the Open, Olympics, the Ryder Cup. There's so much golf to look forward to and I'm just going to have a blast."

Spain's Jorge Campillo finished third on 15 under, one shot ahead of France's Victor Dubuisson.