Max Verstappen moved 18 points clear of Lewis Hamilton on Sunday and could not even see the Mercedes in his rear-view mirror in Austria.

Lewis Hamilton acknowledged it is "impossible to keep up" with Red Bull right now after Max Verstappen's latest win at the Styrian Grand Prix.

Verstappen's third victory in four races – and Red Bull's fourth in a row – dealt another blow to Hamilton's Formula One title defence.

The seven-time champion finished over 35 seconds behind Verstappen, who was never under threat after taking pole at the Red Bull Ring.

The Dutchman became the first driver to win three times at the circuit, a home race for Red Bull.

Four victories in 2021 make this Verstappen's best season to date, too, and Hamilton – now only one race shy of his longest single-season winless run in the Hybrid Era (five, twice in 2016) – did not enjoy his distant view of proceedings.

"It was a bit of a lonely race, really," the Briton said on the podium, having finished second.

"I was trying to keep up with those guys, but the speed they have, they've obviously made some big improvements over the last couple of races. It's impossible to keep up.

"I don't know where we're losing all the time, but their long runs seem to be a bit better, they seem to be able to continue putting out those laps.

"Nevertheless, we got good points as a team today and we've just got to keep pushing." 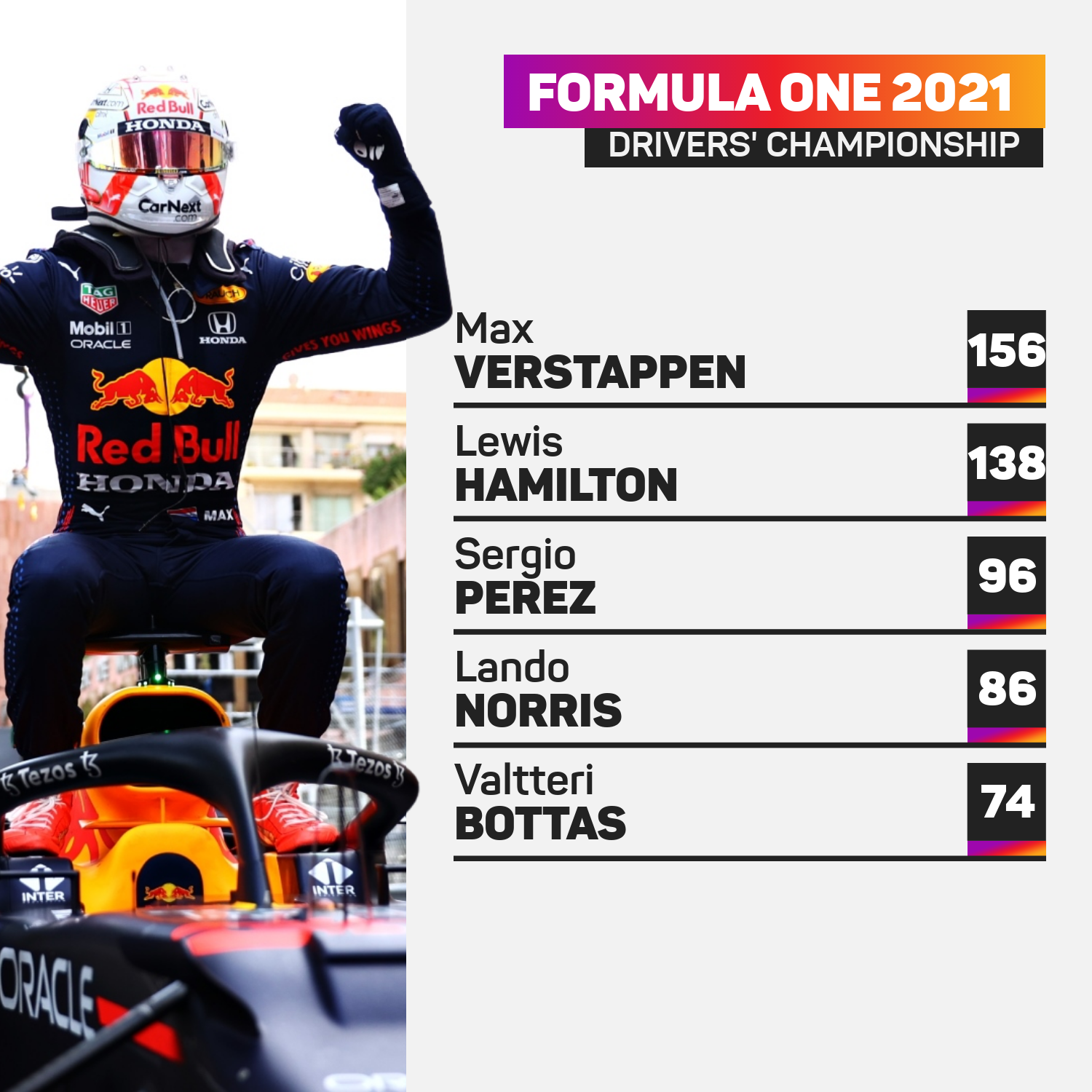 Asked how concerned he was by Red Bull's performance, Hamilton replied: "I try not to concern myself with it.

"They're just faster than us. There's not a lot that I can do, in that respect. I've just got to try to do the best job I can next weekend.

"We need to find some performance. We need an upgrade of some sort."

Next weekend sees the teams back at the Red Bull Ring for the Austrian Grand Prix, the third leg of a triple-header. Verstappen has won the first two.

"That's very positive, but of course we have to show it again next week," Verstappen said.

"We'll definitely have a look at what we can do better. I'm looking forward to next week.

"It's looking really good. We just have to keep on going, keep pushing really hard, and I'm confident that we can do a good job again."

It was suggested Verstappen has never had an easier drive and he responded: "You never know, of course, how it's going to end up, but straight away I felt good balance on the car.

"It was good to manage the tyres basically from the start. It felt like at the end I had tyres left.

"They pitted one lap earlier than us, we reacted to that and kept on going, trying to hit our lap times. That worked really well today."