Giannis Antetokounmpo put on a show for the Milwaukee Bucks, while the Phoenix Suns stayed hot on Wednesday.

Milwaukee Bucks superstar Giannis Antetokounmpo erupted for a season-high 47 points as the NBA champions took down the Los Angeles Lakers 109-102.

Antetokounmpo dominated the Lakers, making 18 of his 23 field goals, while collecting nine rebounds and three assists for the Bucks (7-8) on Wednesday.

Antetokounmpo is the first player to post at least 45 points on 75-plus per cent field-goal percentage against the Lakers since Hall of Famer Shaquille O'Neal in 1995. 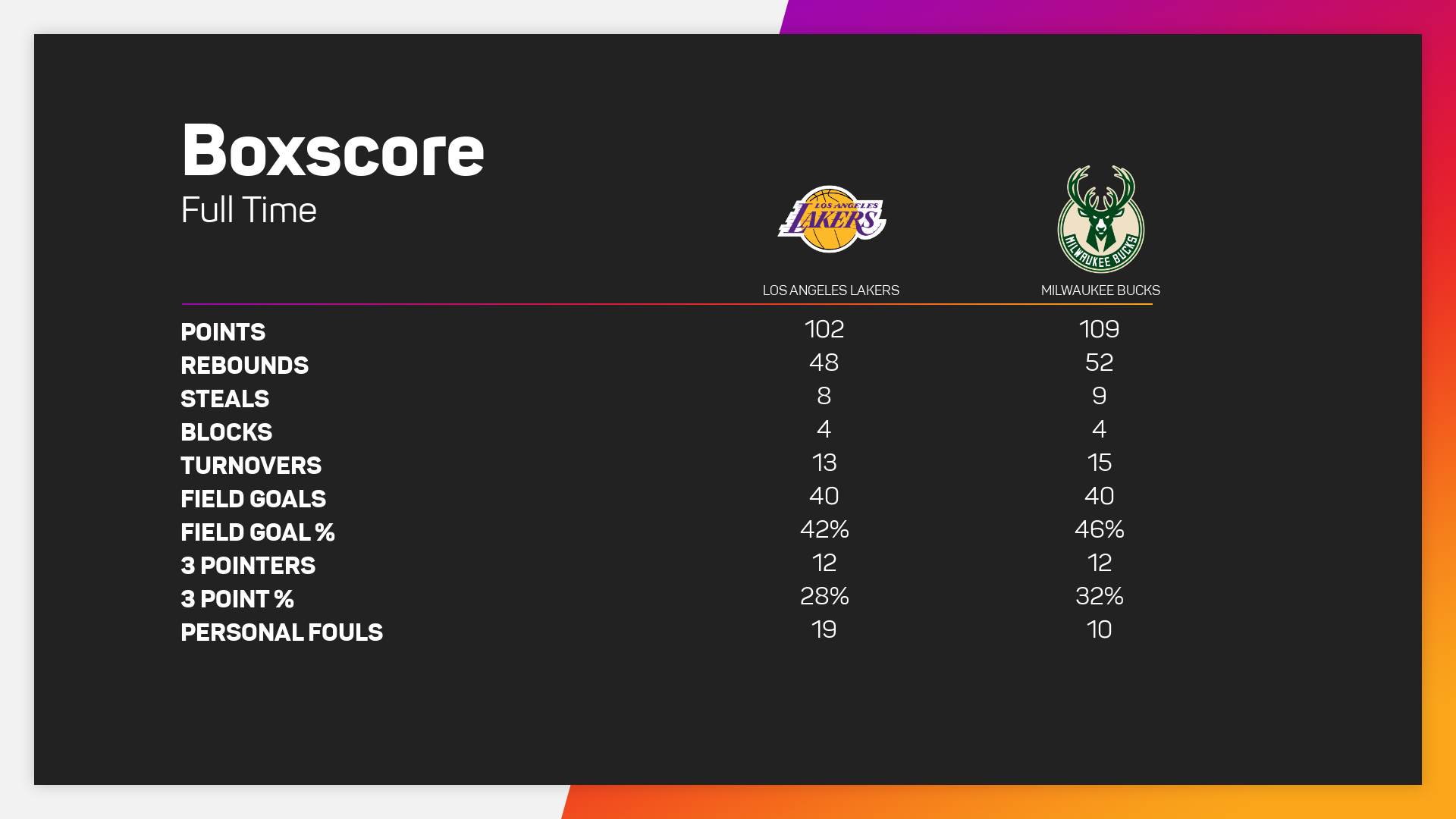 All-Star Bucks team-mate Khris Middleton made his return after eight games out due to COVID-19 and tied Milwaukee's franchise record for career three-pointers.

The Lakers (8-8), again without superstar LeBron James, were led by double-doubles from Talen Horton-Tucker (25 points and 12 rebounds) and Russell Westbrook (19 points and 15 assists).

The Phoenix Suns celebrated their 10th straight victory after outlasting the Dallas Mavericks 105-98. Devin Booker (24 points) and Deandre Ayton (19 points and 13 rebounds) fuelled the Suns, who are in the midst of their longest winning streak since 2010. Chris Paul had 14 assists without a turnover – his 46th career game with 10-plus assists and 0 turnovers, tying Muggsy Bogues for most by any player since 1985.

Kevin Durant nailed two three-pointers to move 26th on the all-time NBA list for threes made with 1,687, breaking a tie with Hall of Famer and Brooklyn Nets head coach Steve Nash. The Nets beat the Cleveland Cavaliers 109-99.

Knicks continue to struggle for form

After returning to the playoffs last season, the New York Knicks have made a rocky start to the 2021-22 campaign amid plenty of hype. They were sensationally upstaged by the lowly Orlando Magic 104-98 – their fourth defeat in six games.