Antetokounmpo posted 32 points and collected 20 rebounds to fuel the NBA champions at home to the lowly Magic in Milwaukee.

The Finals MVP became the fifth player to reach 32 points, 20 rebounds, five assists, two steals and three blocks in a game over the past 40 season, following in the footsteps of DeMarcus Cousins, Tim Duncan, David Robinson and Hakeem Olajuwon.

Bobby Portis added a season-high 24 points along with 15 rebounds as the streaking Bucks (9-8) celebrated their third consecutive victory. 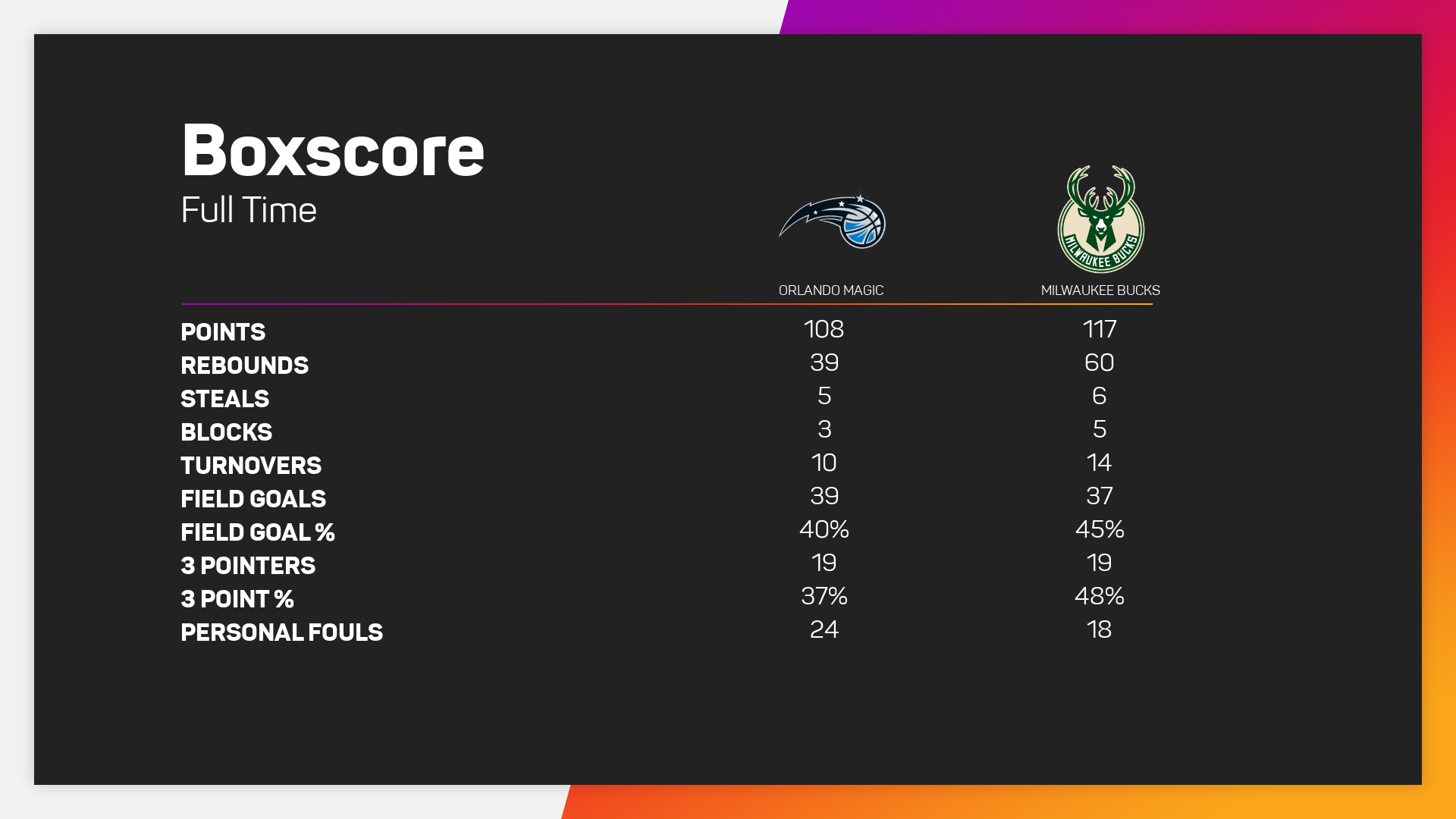 Damian Lillard had a season-high 39 points as the Portland Trail Blazers outlasted the Philadelphia 76ers 118-111. Portland improved to 8-1 at home to his season. The 76ers, who continue to be without MVP runner-up Joel Embiid (COVID protocol), were led by 28 points apiece from Tobias Harris and Tyrese Maxey.

All-Star pair Rudy Gobert (21 points and 14 rebounds) and Donovan Mitchell (26 points) inspired the Utah Jazz to a 123-105 victory away to the Sacramento Kings.

Lowry struggles from the floor

The Miami Heat's prized recruit, Kyle Lowry had an off night in the team's 103-100 loss at Eastern conference rivals the Washington Wizards. The NBA champion was just three-of-12 shooting – making one of only seven three-pointers in a seven-point display.

The Charlotte Hornets had their five-game winning streak snapped by the Atlanta Hawks, who prevailed 115-105. Charlotte tasted defeat, despite big performances from Miles Bridges (35 points and 10 rebounds) and LaMelo Ball (15 points, 11 assists and 10 rebounds).

Roma boss Jose Mourinho's first league meeting with Inter since leaving the club more than a decade ago ended in a 3-0 loss on Saturday.

He looked to be heading for pole position in Saudi Arabia, but a crash on the final corner proved costly for Max Verstappen.

Liverpool striker Divock Origi came off the bench to score a dramatic stoppage-time winner against Wolves on Saturday afternoon.

Stefano Pioli believes Liverpool could be susceptible at the back when they face Milan in a key Champions League match.

Lionel Messi has had a long-running rivalry with Cristiano Ronaldo, but the Paris Saint-Germain man has only ever been focused on himself.

Real Betis took all three points at Camp Nou on Saturday, handing Xavi his first defeat since returning to Barcelona as coach.

Wolves were left heartbroken at Molineux after coming close to a goalless draw with Liverpool, only for Divock Origi to strike late.

Chelsea suffered a 3-2 defeat against West Ham, with Mason Mount pointing to fatigue as an explanation for the individual errors made.

Milan 2-0 Salernitana: Kessie on target as leaders cruise to victory

Milan made light work of Salernitana as they claimed a first home win in all competitions since October.

Bowen: West Ham never know when we are beaten