The British and Irish Lions beat the Sharks 71-31 on Saturday, ending a tough week with a flurry of second-half tries at Loftus Versfeld.

Warren Gatland hopes the British and Irish Lions have seen off the worst of the chaos they might experience on their tour of South Africa after a turbulent week.

A case of COVID-19 in the Lions management has caused disruption, while the team were due to face the Bulls in Pretoria on Saturday, but the opposition had to pull out due to coronavirus cases within their own squad.

A spate of infections in the South Africa squad saw the Springboks' planned match against Georgia called off, but the Lions at least got a game, with the Sharks agreeing to face the tourists for the second time in four days.

The Lions had delivered a 54-7 thumping in Wednesday's first game, played at Ellis Park, but a shift in venue to Loftus Versfeld and wholesale personnel changes on each team led to a very different outcome on Saturday.

A 71-31 win for the Lions resulted from a game that was tied at 26-26 at half-time, with a red card for the Sharks' Jaden Hendrikse early in the second half transforming the momentum.

Coach Gatland was asked whether it was proving to be the most chaotic week of his career, and he said: "It probably is.

"If anything else happens on the tour that's as chaotic as you say this week has been, that would probably surprise me."

He admitted, however, that it was still unclear who the Lions' next opponents would be, with a game against South Africa A currently scheduled for the coming Wednesday, and a clash with the Stormers set for Saturday.

"I think there's a good chance they'll switch the Stormers and South Africa A games around, but nothing's been confirmed yet," Gatland said. "We've just got to go with the flow and react to whatever's thrown at us."

Gatland is hoping Finn Russell can recover from an Achilles injury to play a part later in the tour, although he appears unlikely to play in any matches before the three-Test series against the world champion Springboks begins on July 24 in Cape Town.

The Scotland fly-half is out of Gatland's immediate plans and England newcomer Marcus Smith has been called in to provide cover. 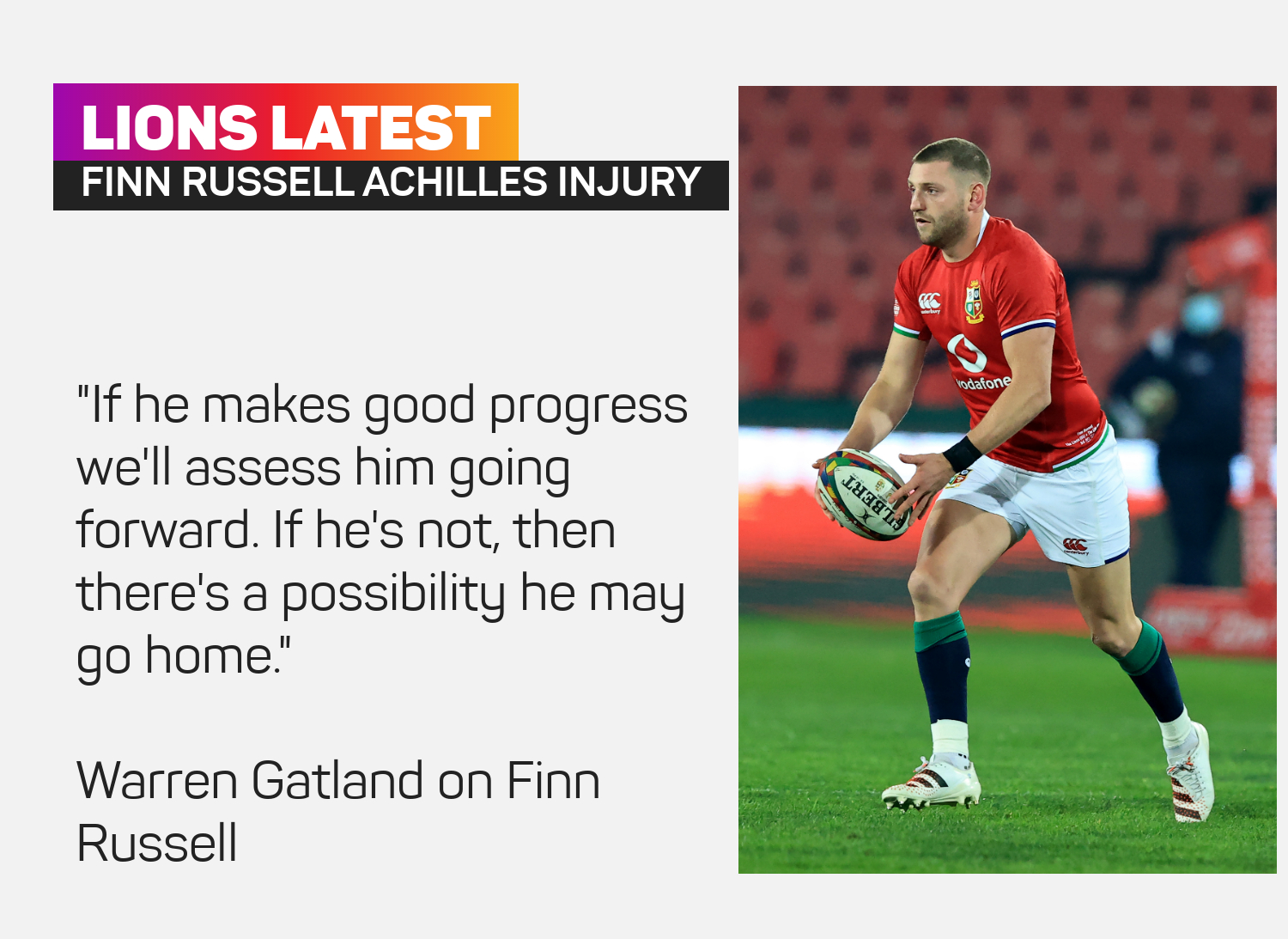 Russell had an injection on Saturday, said Gatland, describing the injury as "not a strained Achilles but a slight little tear".

"If he makes good progress, we'll assess him going forward. If he's not, then there's a possibility he may go home. It's a wait-and-see situation with him."

Gatland felt the Lions had been messy with some of their play in the first half against the Sharks, which saw them concede four tries.

He said: "I think we caused a few of our own problems with some of the turnovers and a couple of interceptions and a couple of poor passes that allowed them in the game to put us under pressure.

"We were just a bit edgy and a bit untidy, particularly in the first half, which allowed them to stay in the game. We just need to make sure we're a bit more accurate and tidier and I thought we did that a lot better in the second half."

It was a close call and Ariarne Titmus said she had to trust her training to defeat Katie Ledecky in the 400m free at Tokyo 2020.