Iga Swiatek cruised into the second round of the French Open with a dominant straight-sets win over Lesia Tsurenko.

World number one Swiatek is looking to regain the title she claimed in 2020 and is the form player on the WTA Tour this season, winning each of her last five tournaments.

Tsurenko was ranked 23 in the world as recently as 2019 but has struggled with injuries and had to come through qualifying at Roland Garros.

And there was an obvious gulf between the two on Court Philippe-Chatrier as Swiatek surged to a 6-2 6-0 victory.

The Pole dropped just two points in the first three games and, though Tsurenko did claim a break back to reduce Swiatek's lead to 5-2, she was then immediately broken to love, going long to surrender to the inevitable.

Swiatek's arsenal of groundstrokes, touch at the net, and impeccable movement proved far too much for Tsurenko in the second set.

A vicious forehand return of a tame second serve wrapped up Swiatek's 29th consecutive win in 54 minutes, an emphatic illustration of her status as the tournament favourite.

Swiatek will face either Alison Riske or another Ukrainian, Dayana Yastremska, in the second round. 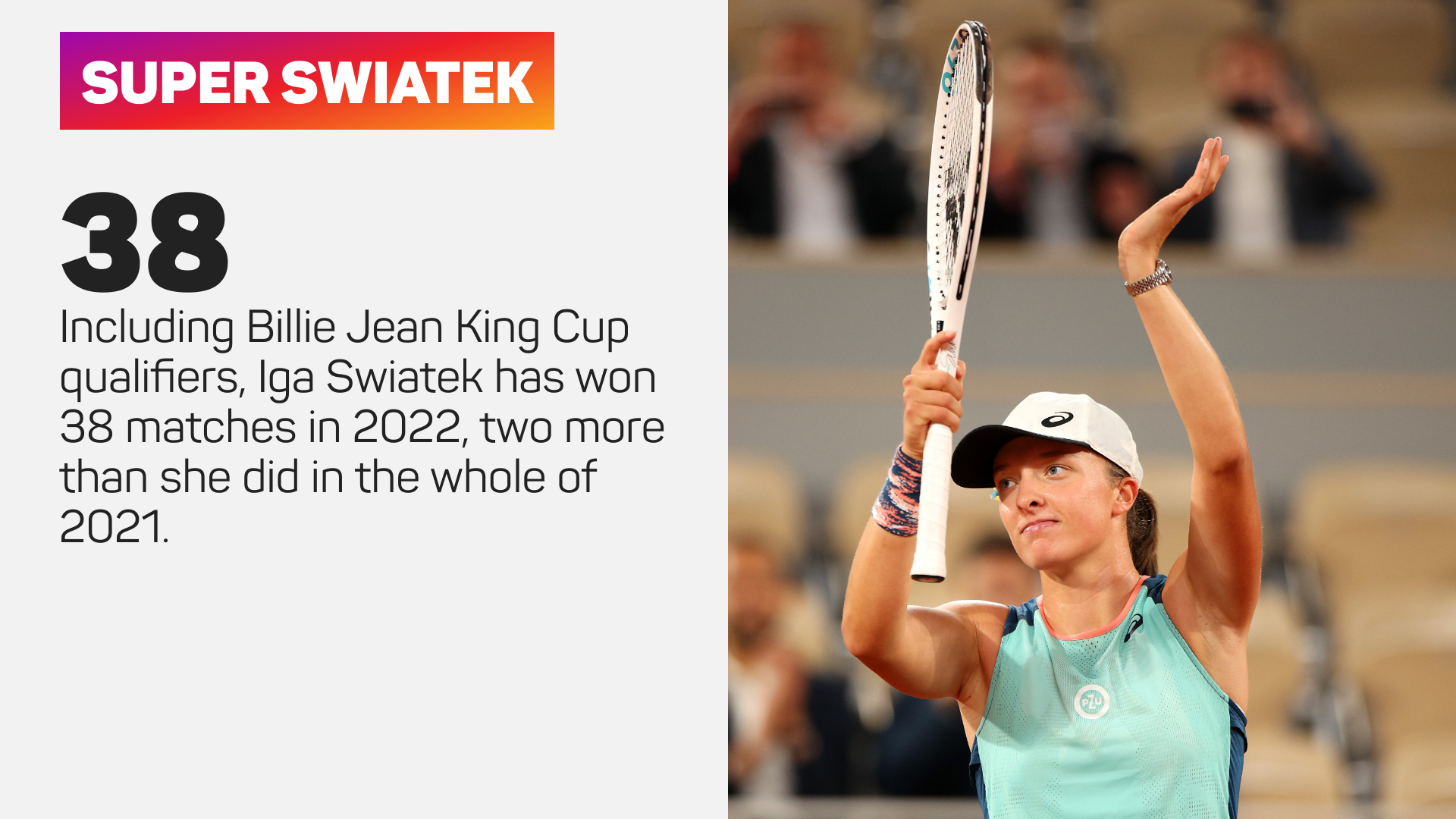 With wins in Doha, Indian Wells, Miami, Stuttgart, and Rome, Swiatek has served as the dominant force in the women's game this season. Including Billie Jean King Cup qualifiers, she has now won 38 matches in 2022, two more than she did in 2021.

Two-time champion Rafael Nadal admitted he left plenty of room for improvement after winning through to the third round at Wimbledon.

Roberto Bautista Agut took a set off Novak Djokovic in the 2019 semi-finals, but the Spaniard has had to pull out of this year's Wimbledon.

Wimbledon: Murray out after spirited fightback against Isner falls short in thriller

The wait for a fourth grand slam goes on for Andy Murray after he came to the earliest end of a Wimbledon campaign ever against John Isner.

Wimbledon: Tsurenko disappointed by silence from Russian and Belarusian players

Lesia Tsurenko beat fellow Ukrainian Anhelina Kalinina to reach the third round at Wimbledon in an emotional match on Wednesday.

Boris Becker's girlfriend, Lilian de Carvalho Monteiro, and his son, Noah, have been in Novak Djokovic's box on Centre Court.

Emma Raducanu exited at the second round for the third consecutive grand slam following defeat to Caroline Garcia at Wimbledon.