With Rafael Nadal and Novak Djokovic facing off at the French Open, Stats Perform looks at the best Opta facts surrounding their rivalry.

Roland Garros will play host to the latest instalment of one of tennis's greatest rivalries on Tuesday, after Rafael Nadal and Novak Djokovic set up their 59th career meeting in the French Open quarter-finals.

The duo, who boast 41 career grand slam titles between them, will meet again after Nadal overcame Felix Auger-Aliassime in a marathon four-hour contest on Sunday, with Djokovic having cruised past Diego Schwartzman in the round of 16.

The illustrious duo first met at the same stage of the tournament in 2006, when Djokovic was forced to retire through injury, and the world number one will be determined to achieve a better outcome this time around as he bids to equal Nadal's haul of 21 grand slam titles.

Ahead of their blockbuster encounter, Stats Perform takes a look at the best Opta facts surrounding their rivalry.

59 - Novak #Djokovic and Rafael #Nadal will face each other for the 59th time (currently 30 wins for the Serbian and 28 for the Spaniard): this is the most played match between two players in the Open Era. Addiction.#RolandGarros pic.twitter.com/wZNMjou1Oj

16 years on from their first meeting, the duo have certainly become familiar with one another. They have met more often than any other male pair in the open era, with Djokovic triumphing on 30 occasions.

That impressive tally represents the most wins managed by any player against a single opponent in the open era.

The duo have also become accustomed to meeting on the biggest stages; this contest will be their 18th grand slam clash, surpassing Djokovic's record tally of 17 major matches against Roger Federer.

Meanwhile, the duo will face each other for a 10th time at the French Open (Nadal has seven wins, Djokovic two), becoming the first male duo to reach double figures for meetings at a particular grand slam in the open era, and will extend their record for the most encounters on clay courts with a 27th such match (Nadal versus Federer is second with 22).

While top seed Djokovic is bidding to replicate Nadal's record of 21 grand slam wins, a tally the Spaniard reached at this year's Australian Open, his opponent boasts an incredible record on clay.

Nadal's 97.3 per cent win ratio at the French Open is the highest of any player at a single open-era slam (minimum 20 wins), while Djokovic's 85 per cent win rate at Roland Garros is his worst such record at any grand slam – even if it is the third-highest ratio in the tournament's history (Bjorn Borg is second with 96.1 per cent).

Nadal has also reached the most French Open finals, with 13, winning all of them, while Djokovic has managed the second-most final appearances in Paris, with six. Three of those, however, ended with the Serb finishing as runner-up to the king of clay, as he did so in 2012, 2014, and 2020. 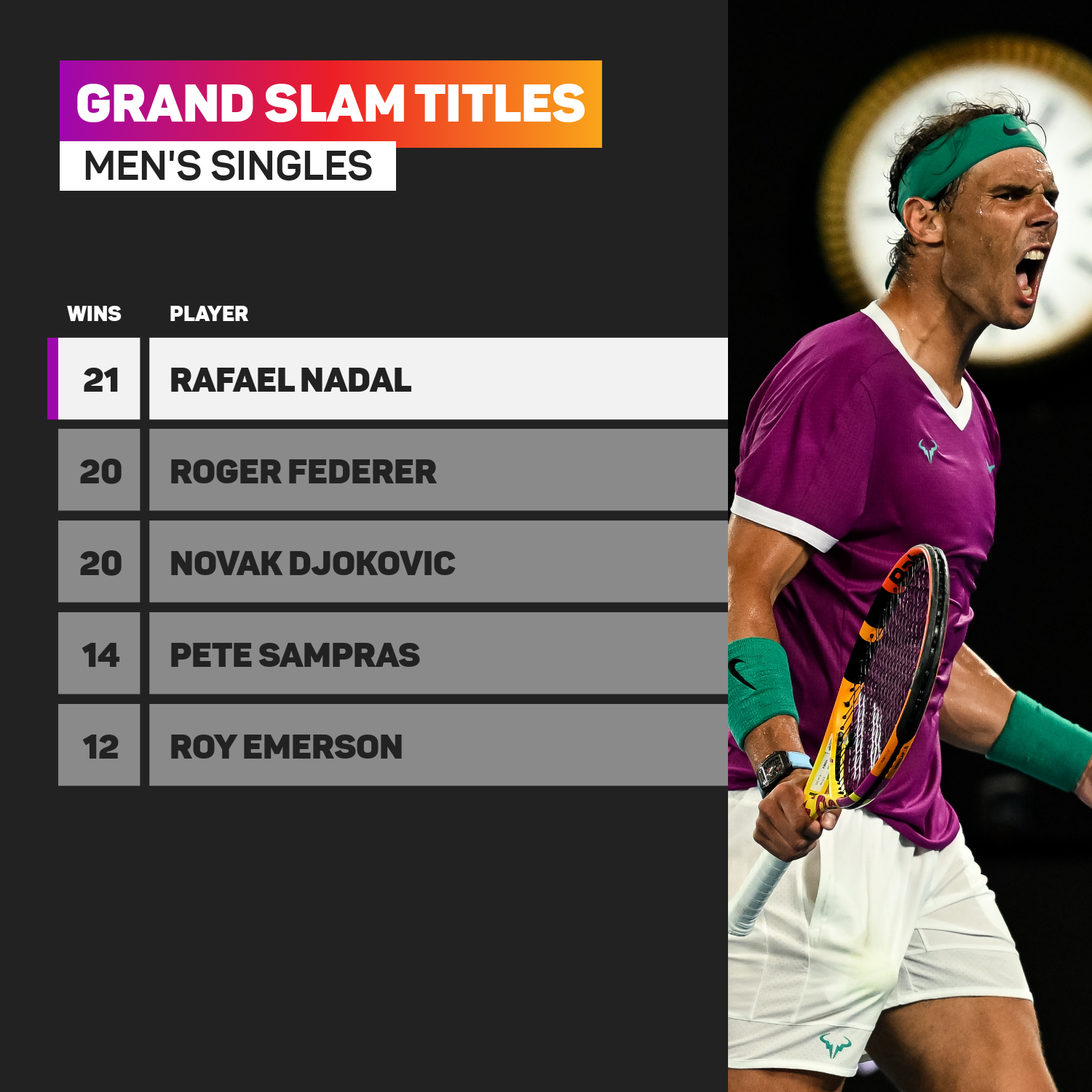 But Djokovic will hope to draw inspiration from his two previous victories over the world number five in the French capital.

Having beaten the Spaniard in the 2015 quarter-finals and the 2021 semi-finals, Djokovic is one of just two players to have ever beaten Nadal at the French Open, along with Robin Soderling in 2009's fourth round.

One thing is for certain; their encounter is sure to provide quality. Nadal (88 per cent) and Djokovic (87.7 per cent) have the second- and third-highest grand slam win ratios in open-era history (Bjorn Borg is first with 89.2 per cent, minimum 100 wins).

It was not all plain sailing for Rafael Nadal, but the legendary Spaniard sealed his place in the second round at SW19.

Feliciano Lopez matched a feat achieved by Roger Federer at Wimbledon, but he was unable to celebrate with a victory.

Wimbledon: Kyrgios hits out at 'rowdy' crowd after prevailing in three-hour thriller with Jubb

Outspoken Australia Nick Kyrgios was not impressed with verbals dished out by some spectators during his win at SW19 on Tuesday.

One of the favourites to win Wimbledon, Matteo Berrettini, has had to withdraw from the tournament before playing a match.