Federer not thinking of retirement but Australian Open may come too soon, coach reveals

Despite an injury-hit few years, and turning 40, Roger Federer is not yet considering retirement, according to his coach Ivan Ljubicic.

Roger Federer is unlikely to compete at next year's Australian Open, but the 20-time grand slam champion is not yet thinking of retirement, so says coach Ivan Ljubicic.

Federer has endured an injury-hit two seasons. After reaching the semi-finals at the 2020 Australian Open, the Swiss star underwent knee surgery, with a complication in his recovery leading him to take the rest of the year off.

That prolonged rehabilitation, plus the strict COVID-19 regulations in Australia, meant he did not compete in Melbourne earlier this year, but Federer returned to the ATP Tour in Qatar in March.

He went on to reach the last 16 of the French Open, losing to Matteo Berrettini, and the quarter-finals at Wimbledon, where he went out to Hubert Hurkacz.

However, he has not featured since then after undergoing surgery for another knee problem sustained on the grass-court circuit.

With Australia's tight coronavirus restrictions still in place, it is unclear whether Novak Djokovic, who has tied level with Federer and Rafael Nadal on 20 major wins, will compete in Melbourne early in 2022.

Nadal, too, has not yet confirmed his participation, and with Ljubicic suggesting Federer will not be fit in time, all three greats could be missing from next year's first grand slam.

"I think there are very few chances, he is still recovering and knowing him he wants to be sure he can play to win the tournament and be at 100 per cent," Ljubicic said.

"So I think Australian Open is not a real possibility right now. But he will go step by step because he is 40 years old and he needs to be patient. He cannot recover as quickly as he used to." 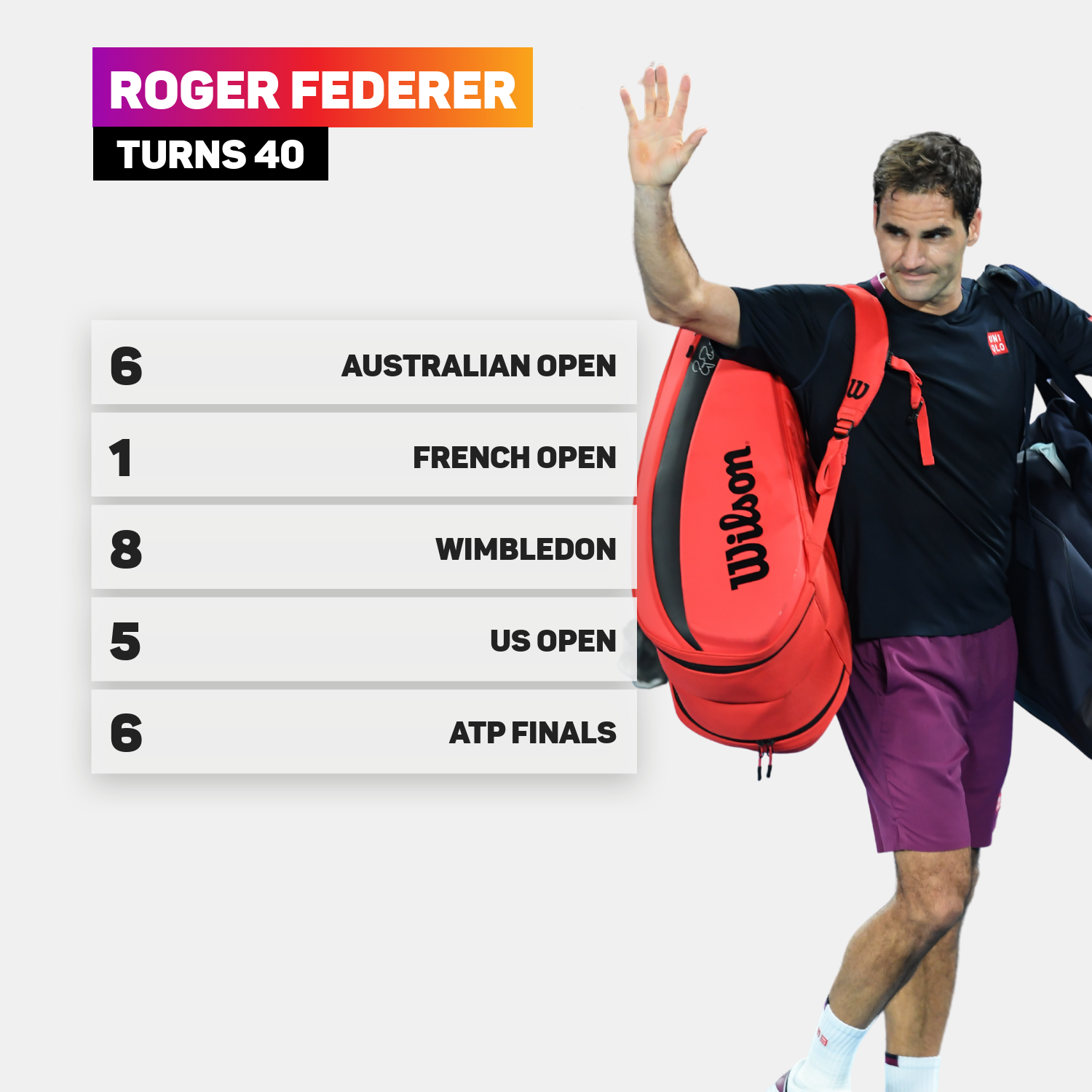 Despite doubts over his participation in Australia, and the time he has spent away from the court in the past two years, Federer is not considering retirement just yet.

"We have spoken and I can guarantee he wants to return playing tennis," Ljubicic added. "When he will decide to stop, he will retire, but I don't think it's going to happen all of a sudden."

Ljubicic is only two years Federer's senior and, as a player, reached a high of world number three back in 2006. He has coached Federer since 2016, helping him to three grand slam titles.

"Many times I found myself wondering what am I doing here? But in the end I hope and I think I was able to help him in those few moments he needed in the right way at the right time," Ljubicic said.

"There's always a risk when you meet your idol in person, as you may discover something you don't like, but with him, it is not the case. With him, there are no risks, he really is an extraordinary person.

"I have been lucky enough to live beside him in the past six years and I enjoyed it very much. I really have fun with him. Is it difficult? No, it's just beautiful. When we discuss tennis, I ask myself: why he is paying me?"

Andreescu to miss Australian Open as she focuses on mental health

The 2019 US Open champion Bianca Andreescu felt like she was "carrying the world" on her shoulders at times this season.

The Russian Tennis Federation completed a hat-trick of Davis Cup titles after seeing off Croatia in the final in Madrid.