Having dominated against Pakistan in the ODI format on home soil, England have some familiar faces back for the T20I series.

England will be aiming to continue their fine T20I form on home soil when they take on Pakistan in a three-match series, starting on Friday in Nottingham.

Fresh off a 3-0 sweep in the ODI games against the same opponents, England switch to a format in which they have triumphed in five of their past six outings in their own back yard.

Indeed, they finished a 2020 season hampered by the coronavirus pandemic with three victories on the spin – another at Trent Bridge in the opener against Pakistan will match their longest winning run at home in 20-over action, having previously enjoyed a four-match streak from September 2014 to July 2016.

However, Pakistan won the most recent meeting between the teams in September of last year, a five-run victory in Manchester making sure that series finished level at 1-1.

The tourists will hope a change to T20 action can help them turn around their fortunes on this trip, considering they were outplayed by a makeshift England 50-over team that had been hastily put together due to COVID-19 protocols.

Eoin Morgan was among the regulars forced to isolate following positive coronavirus cases within the group that had been on duty for the ODI games against Sri Lanka, but the captain is back to lead a more familiar squad this time around.

Saqib Mahmood is included again after impressing in the one-day arena, while Lewis Gregory is also selected and there is a return from injury for Jos Buttler, too. Ben Stokes – captain of the 50-over side in Morgan's absence – is left out, however, having only just made his comeback following surgery on a broken finger.

Chris Silverwood will also be missing for the home team, with England's head coach taking a break from his duties. Paul Collingwood has been placed in temporary charge.

As for Pakistan, Imad Wasim has been recalled to a squad that also includes batsman Azam Khan, son of former national team captain and coach Moin Khan.

England are at home, but Trent Bridge has not been regularly used for T20 international fixtures in the past. The home side won by seven wickets against West Indies at the venue back in June 2012, having lost by the same margin when taking on South Africa there three years earlier. 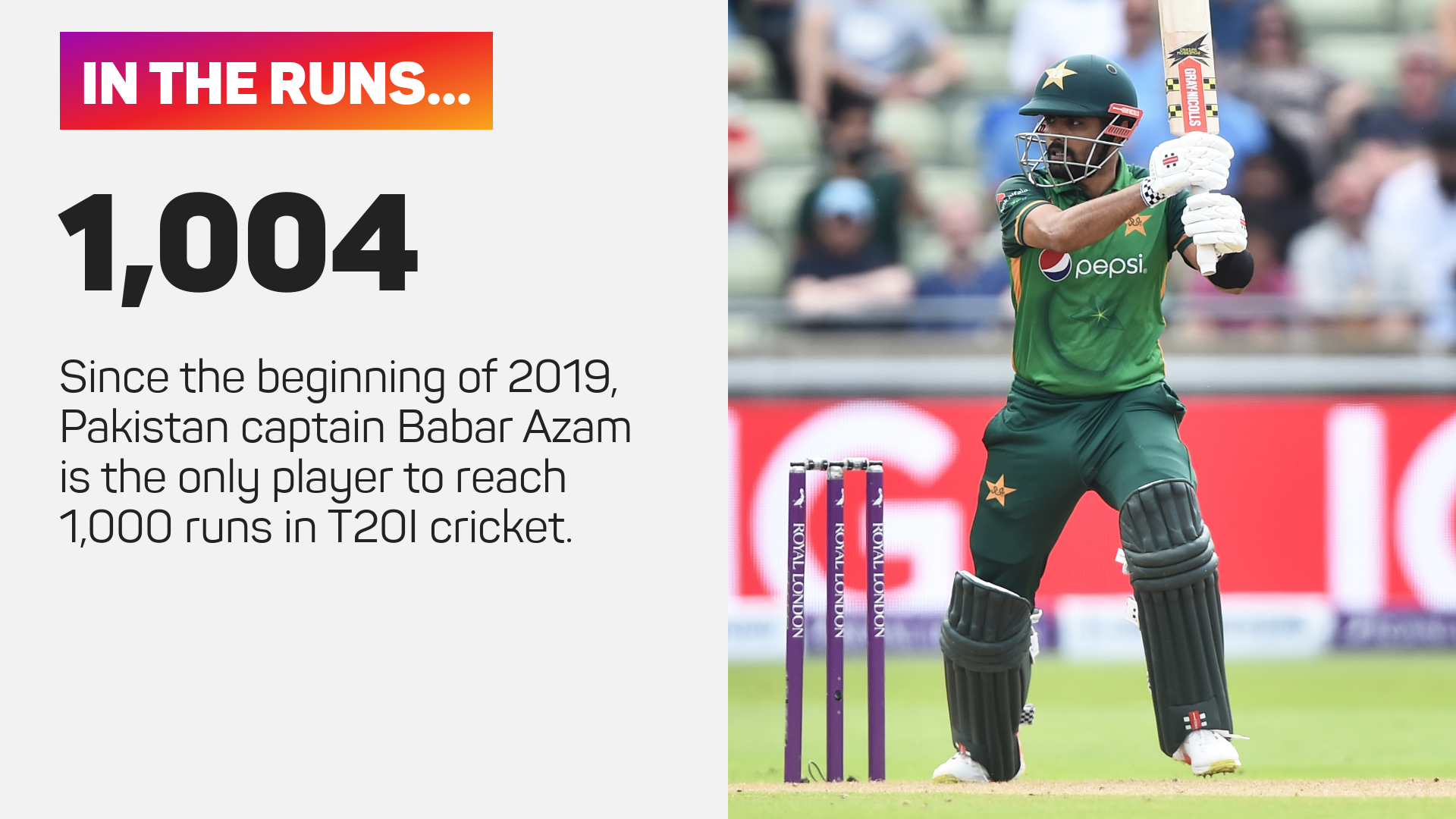 In the (Mah)mood for more wickets

With England opting to leave out Sam Curran, Chris Woakes and Mark Wood – three likely selections for the upcoming Test series against India – Mahmood has an opportunity to stake his claim ahead of this year's Twenty20 World Cup.

The Lancashire pace bowler finished with nine wickets at an average of 13.66 in his three ODI outings against Pakistan, all while going at just 4.39 runs per over.

Brilliant Babar to lead the way?

Pakistan captain Babar Azam made up for two low scores with a sensational 158 in the third one-dayer, albeit his efforts came in a losing cause. His innings did at least strengthen his grip on top spot in the official ODI batting rankings.

- Pakistan will be aiming for back-to-back wins in men’s T20Is against England for the first time, following a five-run victory in their most recent meeting (September 1, 2020).

- England are undefeated against Pakistan from their five multigame bilateral T20I series (W3, D2); their most recent such series in 2020 ended in a draw.

- Fakhar Zaman (948) is 52 away from scoring 1,000 T20 runs at international level; he would be the seventh man to achieve the feat for Pakistan, and the fourth fastest to do so (45th innings) if he achieves the milestone in the first match (Babar Azam – 26 innings, Mohammad Hafeez – 41 and Ahmed Shehzad – 42).

- Pakistan pace bowler Haris Rauf has taken 25 wickets in T20I action since the beginning of 2020; only two players have taken more in that time (Tabraiz Shamsi – 26 for South Africa and Ish Sodhi – 26 for New Zealand).

Tokyo Olympics: Russia declare God is on their side and reject doping claim 'propaganda'

The Russian Olympic Committee hit out at "propaganda" after complaints by athletes following events won by ROC competitors.