Eoin Morgan will use Sunday's final ODI against Sri Lanka to rotate England's squad after a series victory was secured on Thursday.

England captain Morgan hit an unbeaten 75 to return to form at The Oval in the second ODI of the three-match series, leading England to an eight-wicket triumph.

The hard work had been done by Sam Curran, whose maiden ODI five-for dismantled Sri Lanka's top order, with David Willey (4-64) more than chipping in to limit the tourists to 241.

Jason Roy's superb 60 got England going before Morgan and his Test counterpart Joe Root (68) guided the hosts over the line with 42 deliveries to spare.

It marked Morgan's first big score since he hit 106 against Ireland in August 2020, with the one-day skipper having scored 23, 42, 23, 22 and six in his five innings between then and Thursday.

"Nice to score some runs and make a contribution to a series win," Morgan said at the post-match presentation.

"It's worked in my favour, distractions as a captain, to not think about your batting for some time.

"The game was set up by the bowling unit, two left-armers swinging it early, and then the wicket became a bit flatter and slower and we had to sit in and build pressure to create chances." 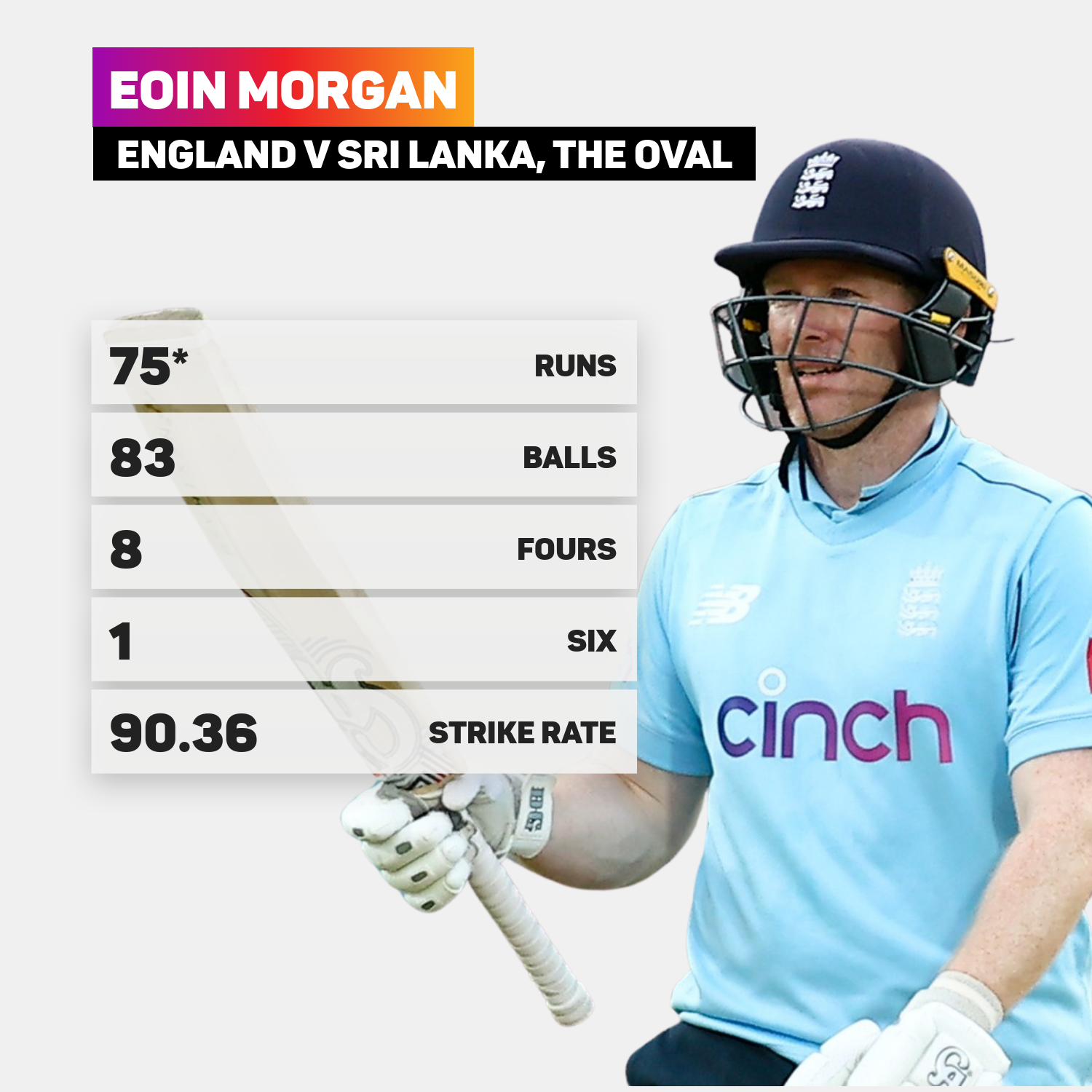 "I think we'll see more changes, it's only three days away but we also have an eye on the Pakistan series, 50-over cricket is a chance to bring guys in," Morgan added when asked if he would look to introduce fresh players into the XI for the final match in Bristol.

"We're always looking to grow and get better.

"I still don't think I'm striking it that well but [it was] nice to get some time in the middle."

Curran was awarded the Player of the Match prize for his efforts of 5-48 on his home ground.

"Really special, to be playing in front of the fans, you can hear them now – an awesome atmosphere, to do it on my home ground us really special," said the Surrey bowler.

"I feel I've played a lot of cricket, feel like I'm learning, picking the brains of other guys. The more I play and fail I learn from those experiences."