Dawid Malan is set to bat at number three as England aim to end a seven-Test winless run when they take on India in Leeds.

England will hope some fresh faces can help revitalise their series hopes as they look to avoid suffering back-to-back Test defeats against India on home soil for just the second time.

After rain wiped out the prospect of a dramatic finish in the opener at Trent Bridge, India made sure there was final-day drama at Lord's last time out, taking 10 wickets in the final two sessions to go 1-0 up.

The teams have had a brief period of respite before battle resumes in Leeds on Wednesday, with England certain to make changes to their XI.

Dom Sibley was dropped after averaging just 14.25 in the series, meaning Haseeb Hameed seems set to slide up to open and the recalled Dawid Malan will bat at three, a position he has never previously occupied during any of his 15 Test appearances.

However, captain Joe Root is confident Malan – who averages 27.84 in the format, including hitting an Ashes century in Perth – can fill a problem position.

"He's played a lot of red-ball cricket over the course of his career and he's also had great success," Root told the media.

"He's played in a massive series in Australia away and been our leading run-scorer out there, so we know that he's capable of big things in Test match cricket."

England will also have to select a replacement for Mark Wood; the pace bowler is ruled out with the shoulder injury suffered at Lord's. Either Craig Overton or the uncapped Saqib Mahmood will get a chance in the bowling attack.

As for India, they are sitting in a position of strength, not just in terms of the series score but also the options they have available to them.

A pace-heavy bowling unit was the key to their impressive success last time out but the move north could prompt a change in approach, should the Headingley surface look to aid spin. Ravichandran Ashwin - who has just the 413 Test wickets to his name - is waiting in the wings for an opportunity.

The only occasion India have ever recorded successive Test triumphs in England came back in June 1986, when they followed up a victory at Lord's by beating their hosts in Leeds a fortnight later. Could history be set to repeat itself? 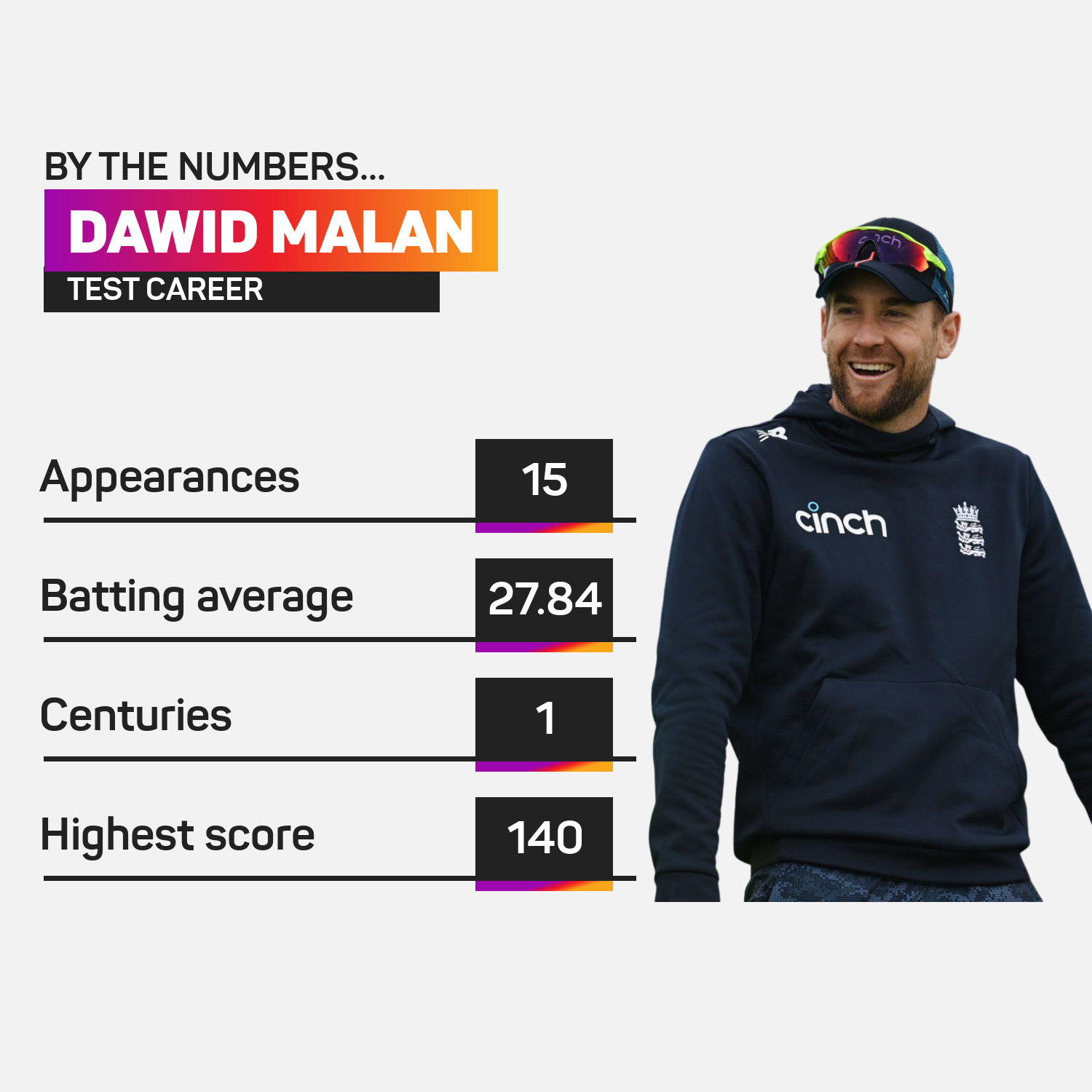 Opener KL Rahul was named man of the match at Lord's following a first-innings century, yet it was Mohammed Siraj and his fellow pace bowlers who overwhelmed England on the fifth and final day, skittling them for 120 in 51.5 overs.

India boast a bowling average of 22.4 in Tests since the beginning of 2019, the best by any team in that time. England, in contrast, are ranked sixth in this category with an average of 28.1.

Root has been the one England batsman to prosper against India so far, scoring two hundreds and a half-century. His series average of 128.66 is outstanding yet his runs have not provided the foundation for his team to be successful.

This outing at his home venue in Yorkshire will be his 55th as Test captain, the second most by any England player. He has won 26 of those games in charge, leaving him level with Michael Vaughan at the top of the list.

- India have lost only one of their last six Tests (W4, D1), an eight-wicket defeat to New Zealand in the ICC World Test Championship Final (June 2021).

- James Anderson has an economy rate of 2.4 in the format since the beginning of 2019, the best by any bowler in that time (minimum 500 overs bowled).

Kolkata Knight Riders returned to Indian Premier League action with an emphatic performance, securing a third win in a hurry.