Moeen made his debut in the longest format in 2014 and has gone on to play in 64 Tests.

The 34-year-old has decided a defeat to India at The Oval this month will be his final Test, as he feels like he has "done enough" with an Ashes tour of Australia on the horizon.

Moeen, currently playing for Chennai Super Kings in the Indian Premier League, will continue to play white-ball cricket for his country.

He said: "I'm 34 now and I want to play for as long as I can and I just want to enjoy my cricket.

"Test cricket is amazing, when you're having a good day it's better than any other format by far, it's more rewarding and you feel like you've really earnt it.

"I will miss just walking out there with the lads, playing against best in the world with that feeling of nerves but also from a bowling point of view, knowing with my best ball I could get anyone out.

"I've enjoyed Test Cricket but that intensity can be too much sometimes and I feel like I've done enough of it and I'm happy and content with how I've done." 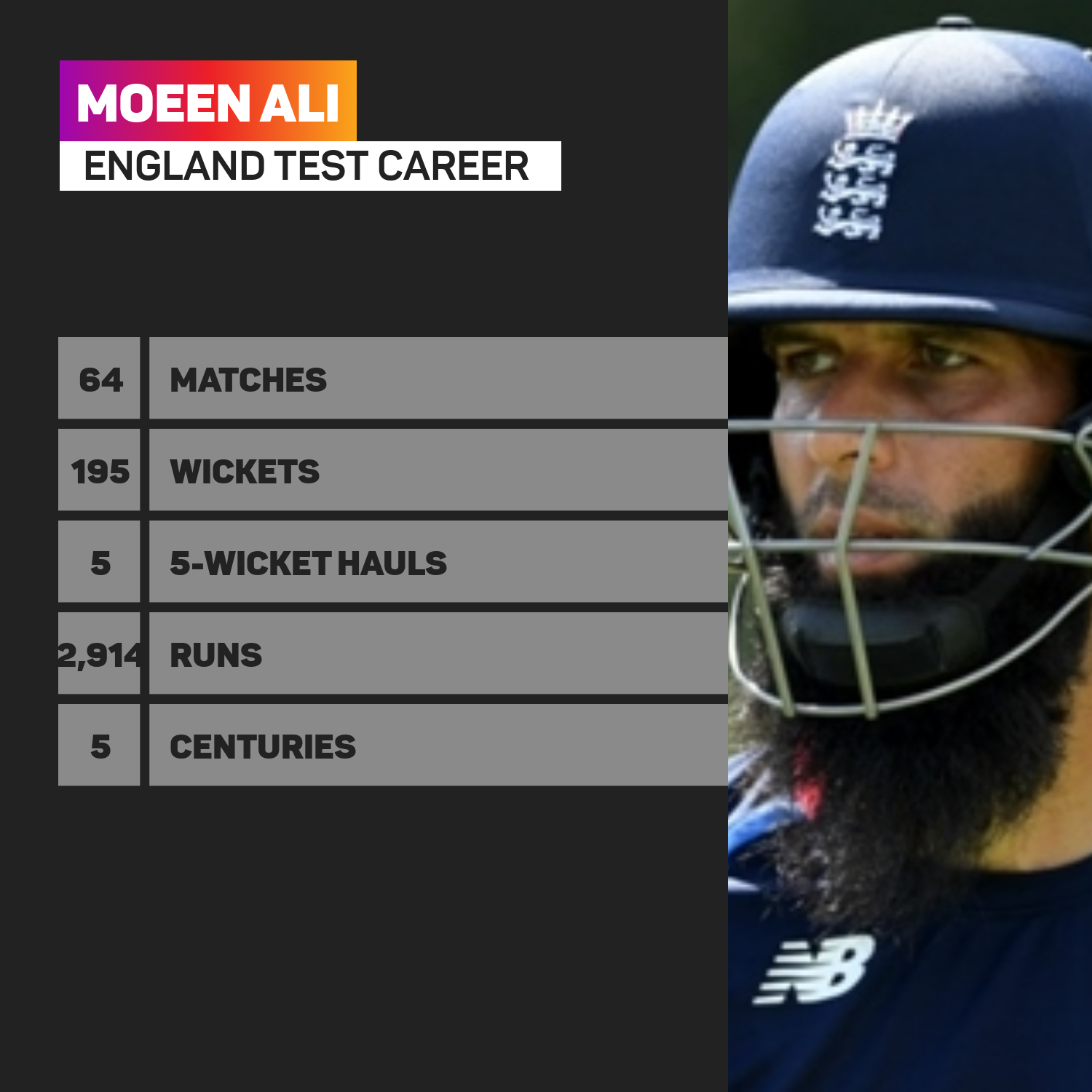 Moeen took 195 Test wickets at an average of 36.66, claiming five-wicket hauls on five occasions and taking a hat-trick against South Africa at The Oval in 2017.

T20 World Cup: Gayle in the record hunt, England out for revenge and Kohli's last shot

The T20 World Cup gets underway on Sunday. Using Opta data, Stats Perform previews the tournament, as the West Indies aim for a third title.

After finishing top of the Indian Premier League table, Delhi Capitals were eliminated by the in-form Kolkata Knight Riders in Qualifier 2.

As Australia prepare to start their T20 World Cup campaign, uncapped Josh Inglis is hoping to make his mark.

Harry Kane's poor club form appeared to carry over into England duties on Tuesday, but Gareth Southgate's focus was on the collective.

John Stones secured an underwhelming draw for England against Hungary in another World Cup qualifier where focus was off the pitch.

Mount convinced to get COVID-19 vaccine after Euro 2020 isolation

Chelsea's Mason Mount missed two England games at Euro 2020 due to coronavirus protocols and has revealed he has now been vaccinated.

Rory McIlroy added another title to his collection thanks to Sunday's victory in Nevada.

Victoria Azarenka could not become the first three-time winner of the WTA Indian Wells Open, with Paula Badosa edging a gripping encounter.

Allegri: I did some damage at the start but Juve now on track after early season woes

Simmons returns to 76ers practice, will play 'when he's ready'

Ben Simmons practiced with the Philadelphia 76ers for the first time on Sunday since ending his holdout.

The Phoenix Suns and guard/forward Mikal Bridges have reached an agreement over a new deal.

Ansu Fati scored a fine goal and won a penalty as Barcelona eased past Valencia, much to the delight of his boss Ronald Koeman.

Roma boss Jose Mourinho feels his team's performance in their 1-0 defeat to Juventus was worthy of a victory.

After back-to-back defeats in the Champions League and LaLiga before the international break, Barcelona returned to winning ways on Sunday.

A medical emergency in the crowd at St James' Park led to Sunday's game between Newcastle United and Tottenham being suspended.