Dravid: 'Phenomenal leader' Kohli has been a credit to Indian cricket

India batsman Virat Kohli did not let off-the-field issues distract him against South Africa and has been hailed by coach Rahul Dravid.

Kohli confirmed before the T20 World Cup that he would leave his role as India skipper in the shortest format, though he does intend to carry on playing in the team.

The 33-year-old believed he would continue as ODI and Test captain but is now only the skipper for red ball matches, with Rohit Sharma leading the side in limited overs games.

BCCI chief Sourav Ganguly explained the selectors felt there would have been too much leadership in the white-ball squad had there been two captains for each of the formats.

Ganguly also claimed that Kohli had been asked to stay on as captain, though the batsman dismissed those claims and has opted against attending pre-match media duties since.

But Kohli impressed as India beat South Africa by 113 runs at Centurion in the first Test of their three-match series and Dravid hailed the superstar for remaining focused on the matter at hand.

Speaking at a news conference on Sunday ahead of the second Test in Johannesburg, Dravid said: "I know there's been a lot of noise on other issues a little bit, outside of the group, even leading into this Test match, but honestly, in terms of keeping the morale high, it's not been very difficult because, to be honest, it's been led by the skipper himself. 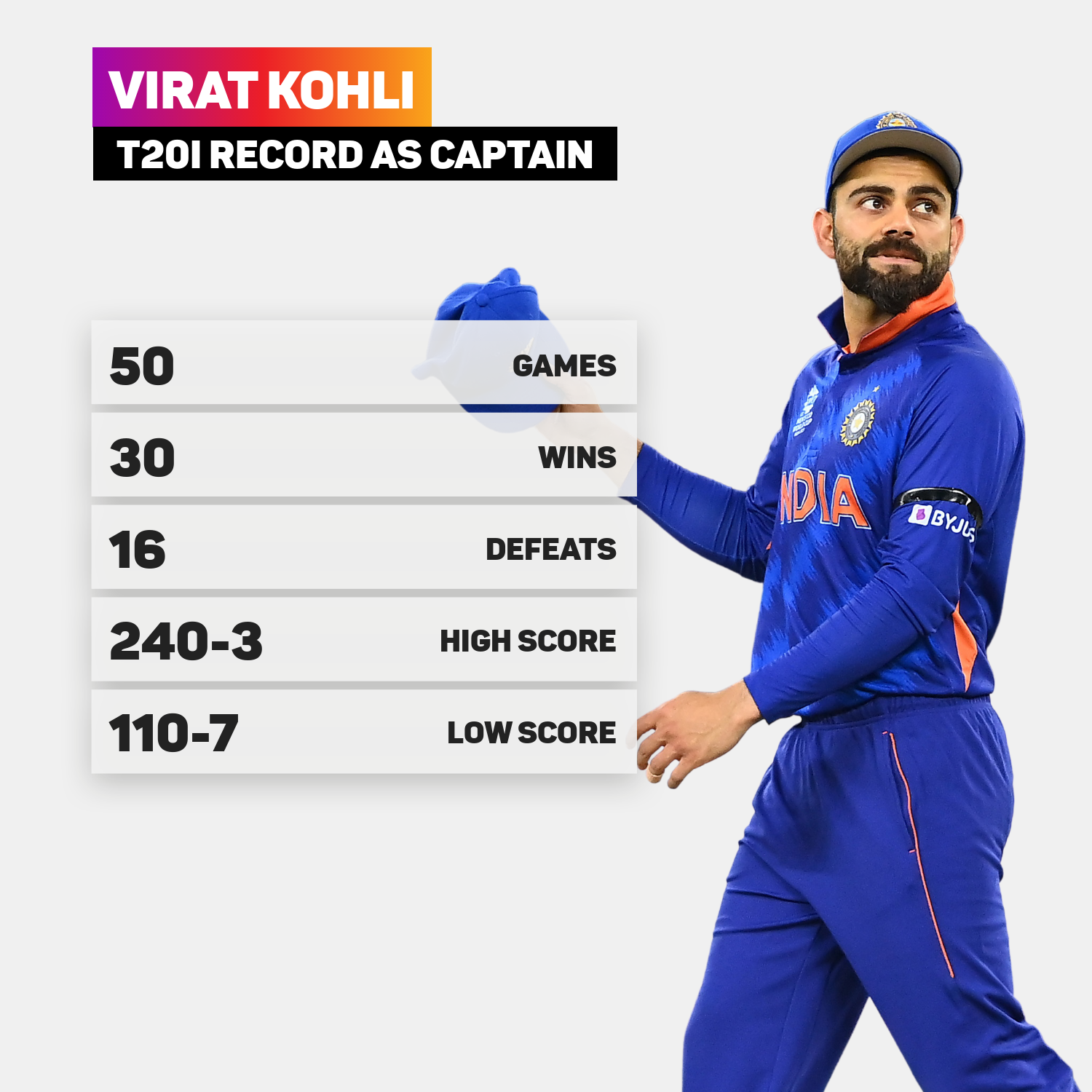 "And Virat has been phenomenal in that – the way he's led the team, he's been absolutely, truly a leader, and I couldn't speak more highly about him and the way he's committed to his own preparation, his own practice, and also just the way he's connected with the group over the last two weeks.

"On and off the field he's truly been a fantastic leader and a really good captain, so that's really helped in creating a really good space. I felt we were in a really good space leading into the first Test match, and a lot of that was led by Virat and his leadership really came to the fore.

"It's not been hard, it's been a pleasure to work with someone like Virat, he's been a phenomenal leader, and even personally I think that he's in a really good space."

"I think he's been a real credit to himself and to Indian cricket over these last two weeks in spite of all the noise that's been there around him."

A century from Quinton de Kock helped South Africa to seal a 3-0 whitewash over India with a four-run win in Cape Town.

Mohammad Rizwan and Tammy Beaumont were both rewarded for impressive years with Pakistan and England respectively.

England were bowled out for 103 on their way to a heavy nine-wicket loss to West Indies in the first T20I.

KL Rahul was the most prolific six-hitter in the IPL last season, and he will captain new team Lucknow in the 2022 campaign.

South Africa wrapped up the ODI series with one match to spare and KL Rahul knows India have to stop making the same mistakes.

England primed for T20I lift after Ashes debacle, Windies must turn the tide

England are not at full strength in the Caribbean but they will be expected to get the better of a struggling West Indies side.