World number one Novak Djokovic won his third major of 2021 at Wimbledon on Sunday, but might not be present at the Tokyo Olympics.

Novak Djokovic has admitted he is still "50/50" over whether he will take part in the upcoming Tokyo Olympics due to coronavirus countermeasures put in place in the Japanese capital.

The world number one made history on Sunday by beating Matteo Berrettini in the Wimbledon final to match Roger Federer and Rafael Nadal on 20 grand slam titles.

Djokovic has won all three majors in 2021 and recently suggested he would represent Serbia at this year's Olympics, with the tennis tournament due to begin on July 24.

However, with organisers this week confirming spectators will be banned from attending events in Tokyo amid rising coronavirus cases, Djokovic is unsure if he will travel to Japan.

"My plan was always to go to Olympic Games, but right now I'm a little bit divided," he said after his sixth Wimbledon triumph.

"I also hear that there's going to be a lot of restrictions within the [Athletes'] Village. Possibly you would not be able to see other athletes perform live.

"I can't even have my stringer that is very important part of my team. I can't have a stringer. I'm limited with the amount of people I can take in my team as well. 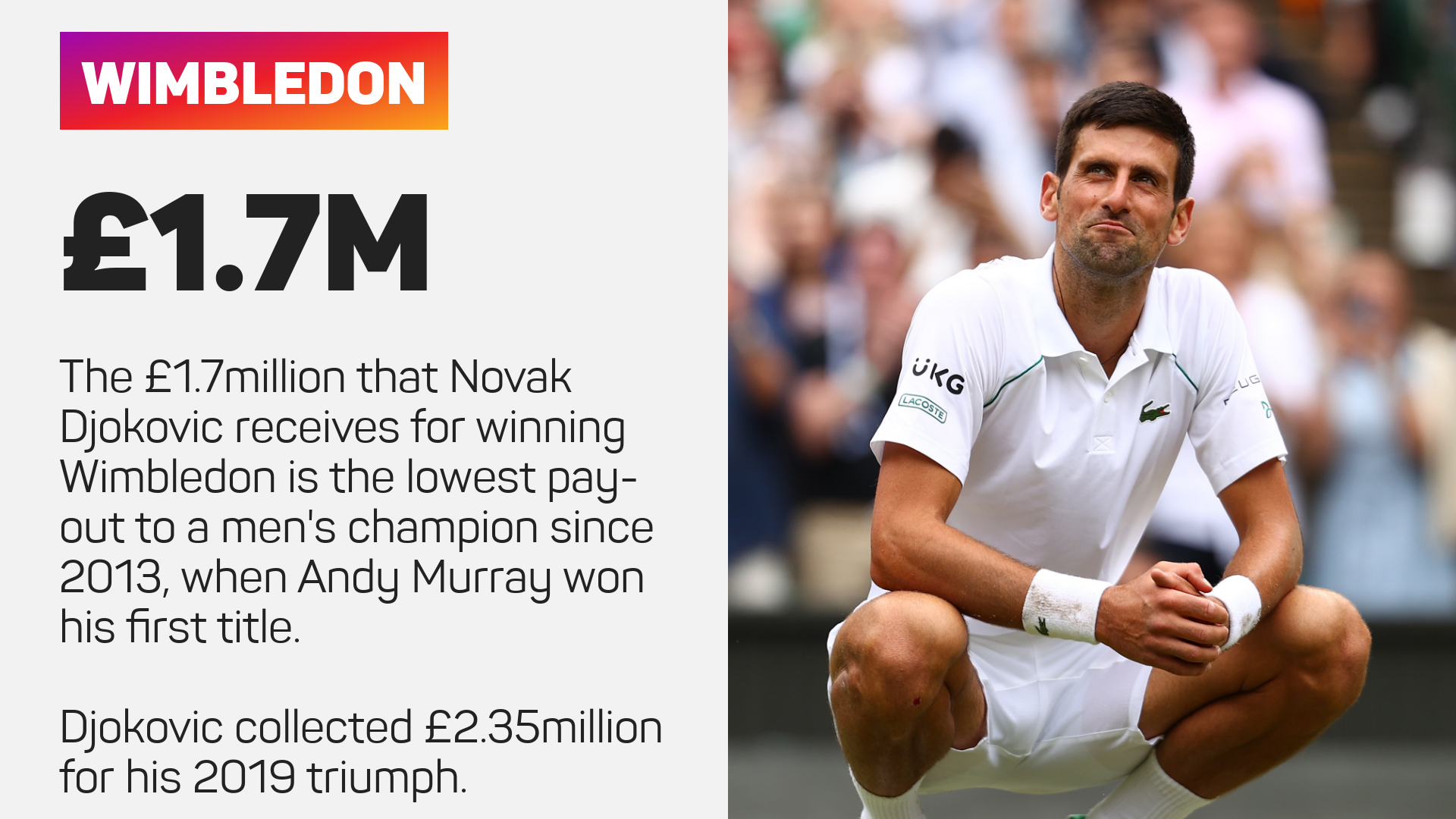 Djokovic has competed at the Games on three previous occasions, but unlike Nadal and Federer he has never previously claimed a gold medal, the bronze he won in 2008 being the best the 34-year-old has managed.

Switzerland's Federer, who won gold in the men's doubles in Beijing 13 years ago, has yet to make a decision on his participation.