Stephen Curry was at his brilliant best, while the Philadelphia 76ers lost again on Tuesday.

Stephen Curry and the NBA-leading Golden State Warriors sent a message after crushing the championship-chasing Brooklyn Nets 117-99 on Tuesday.

Boasting Kevin Durant and James Harden, the Nets are dreaming big in their pursuit of a maiden title, but the star-studded franchise were reminded how far they must go after Curry torched Brooklyn with 37 points on the road.

Curry tallied his fifth career game with 35-plus points in less than 30 minutes – the most by any player since the three-point era (1980).

The two-time MVP reached 2,900 career three-pointers after making nine shots from beyond the arc at Barclays Center. 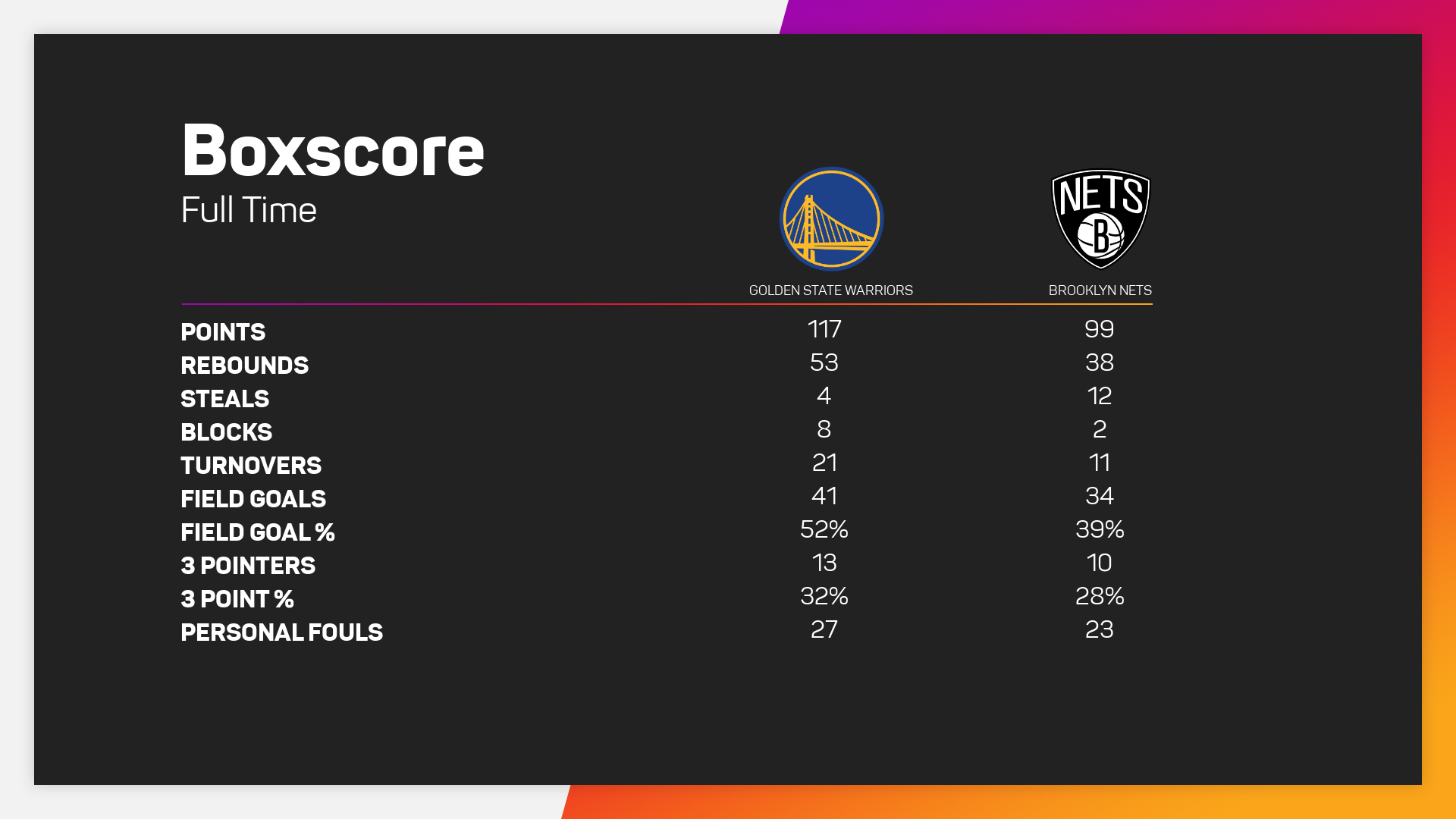 It marked Curry's 37th career game with nine three-pointers or more – no other player is in the 10-36 range as the high-flying Warriors improved to 12-2.

In his reunion with former team the Warriors, where he won two titles, Durant put up a season-low 19 points.

It was the first time this season Durant did not score at least 20 points in a game, shooting six-of-19 from the field as Harden led the Nets (10-5) with 24 points.

The Philadelphia 76ers were left to pick up the pieces following a fifth consecutive defeat, a 120-85 rout at the Utah Jazz (9-5). Missing MVP runner-up Joel Embiid and fellow All-Star Ben Simmons, the 76ers were simply no match for the Jazz in Utah as last season's Eastern Conference top seeds slipped to 8-7. Philadelphia have lost five straight games for the first time since December 2017.

Warriors' Curry fired up by non-call in win over Clippers: I let my emotions go

Golden State Warriors star Klay Thompson will spend some time with the Santa Cruz Warriors in the next step of his rehabilitation.

The Phoenix Suns extended their winning streak to 16 games with a strong victory over the Brooklyn Nets.