Jos Buttler must be afforded time to settle after a "baptism of fire" to his England white-ball captaincy against India.

That was the message from new England white-ball coach Matthew Mott, who is also relishing the prospect of Adil Rashid returning after being granted leave to undertake the hajj pilgrimage in Saudi Arabia.

Buttler was appointed as ODI and T20I captain following the long-serving reign of Eoin Morgan, but started with back-to-back 2-1 defeats against India in white-ball cricket.

The wicket-keeper batter struggled in a bowler-dominated series against Rohit Sharma's side, passing 50 just once in six outings and failing to record double figures on three occasions.

Though Buttler seemed to regain some form with 60 in the third ODI defeat at Old Trafford on Sunday, Mott insists it will take time for his captain to become familiar with the role.

"I think his leadership has been a baptism of fire. I thought it was a gutsy knock [on Sunday] – a real captain's innings," Mott told reporters.

"He was hit in the head a couple of times, he'd have been shaken up, but he showed a lot out there.

"Jos brings a nice calmness. He's a hugely empathetic person. He won't be someone who stands up and makes big speeches, he'll do it in his own quiet way, one-on-one, working out what makes players tick. And he's an amazing player – that helps."

Buttler has sizeable experience as vice-captain to Morgan, who retired from international cricket after scoring the most runs in both white-ball formats for England – 6,957 in 50 overs and 2,458 in T20.

Morgan also led England to dramatic Cricket World Cup success over New Zealand at Lord's in 2019, three years after guiding his side to the T20 World Cup final.

The former England captain has moved into TV punditry, working for Sky Sports, but Mott insists that Morgan's presence is not overshadowing Buttler's start to his new era.

"There's no doubt his legacy is huge, his leadership is renowned. But at the start it wasn't like that," Mott added.

"He had his early struggles when the team wasn't firing as well. You get judged at the end of your tenure, not the start.

"[Morgan] developed that experience over six or seven years, making a few mistakes, learning, getting better. We know we've been off in a couple of departments and India made us pay heavily.

"I felt lucky Eoin went on that first trip to Holland – he showed me the ropes, how the team ticks. He'll be a great sounding board for both Jos and myself about what he's seen from the outside.

"He clearly loves the team. Now he's on the other side of the fence, he has a really good perspective and will give us some good feedback.” 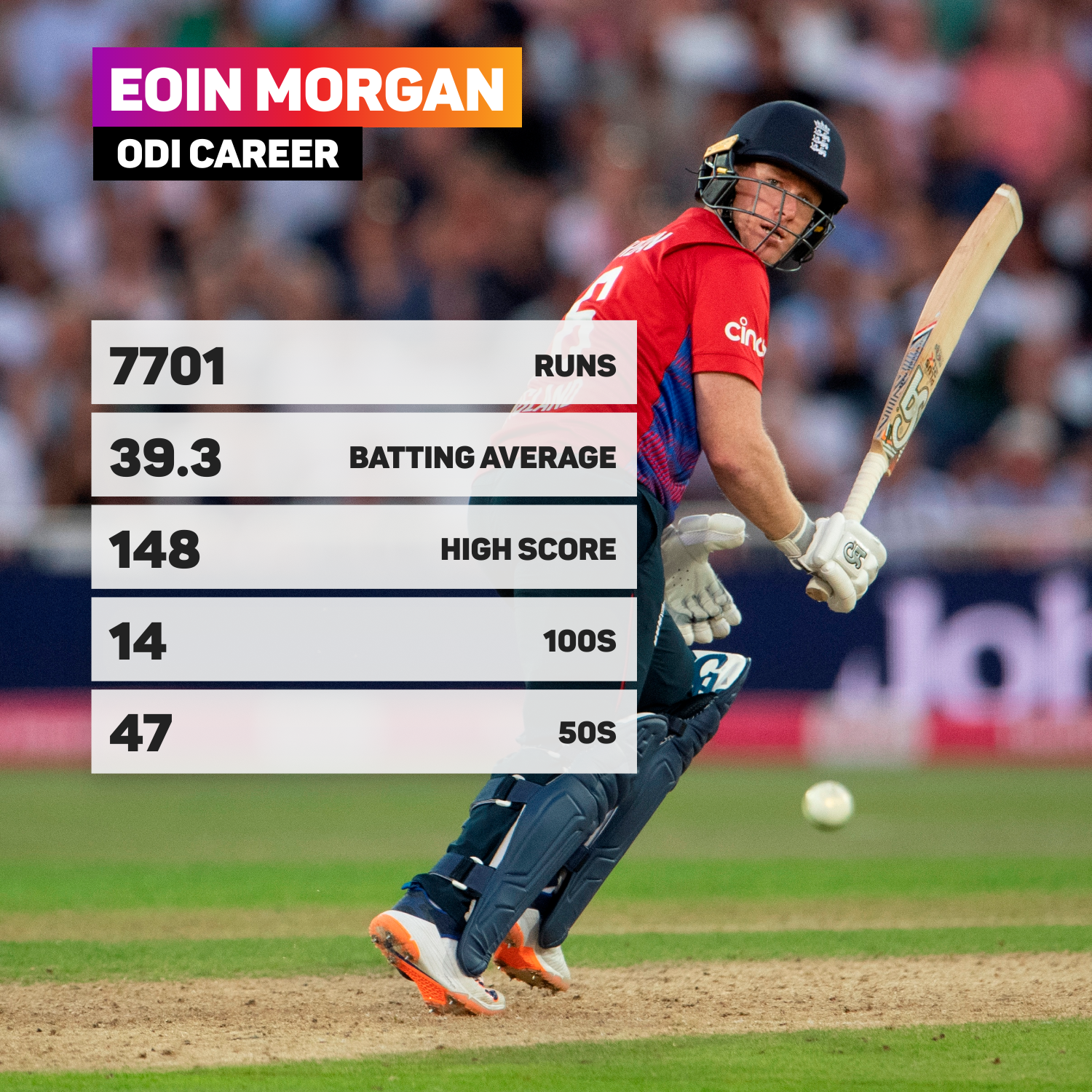 England struggled without the presence of leg-spinner Rashid throughout the middle overs against India, whose leg-break bowler Yuzvendra Chahal regularly tormented the hosts' batters.

Only four players – James Anderson (269), Darren Gough (234), Stuart Broad (178) and Andrew Flintoff (168) – have taken more ODI wickets for England than Rashid (162), and Mott is glad to have the leg-spinner back for the three-match series against South Africa, which starts on Tuesday at Durham.

"We fully respect the reasons why [Rashid] wasn't here and I think it's great he’s made that journey," said Mott.

"But we'll definitely welcome him back with open arms. It will have freshened him up nicely as well."

Despite a spirited fightback from Zimbabwe's tail, they could not set a big enough total to avoid a heavy defeat to India in Harare.

Increase in men's international cricket during next FTP cycle

There will be two five-match Test series between Australia and India to look forward to in the next Future Tours Program (FTP) cycle.

Shahbaz Ahmed could make his India debut in Zimbabwe after fellow all-rounder Washington Sundar was ruled out with a shoulder injury.

The proliferation of short-form tournaments and leagues has left the five-day format in doubt, but Andrew Strauss sees a place for both.

The 19-year-old Canan Moodie could make his South Africa debut in one of two Rugby Championship clashes in Australia.