A blistering 71 from Evin Lewis helped West Indies to an eight-wicket win over South Africa in the first T20 international on Saturday.

Evin Lewis smashed 71 off 35 balls as West Indies cruised to an eight-wicket win over South Africa in the first Twenty20 international in Grenada on Saturday.

Rassie van der Dussen (56 not out) and wicketkeeper Quinton de Kock (37) helped the Proteas post a modest 160-6 as Fabian Allen (2-18) finished the pick of the West Indies bowlers.

A blistering assault from Lewis laid the foundations for the win as he and opening partner Andre Fletcher (30) put on 85 for the first wicket in seven overs.

Tabraiz Shamsi (1-27) claimed the wicket of Lewis, but Chris Gayle (32 not out) and skipper Andre Russell (23 not out) saw West Indies home with 30 balls to spare.

South Africa thrashed West Indies in their recent two-Test series, but these five T20 matches look set to go the other way based on this one-sided game.

West Indies, the reigning T20 world champions, won the toss and elected to bowl first at the National Stadium in St George's and kept South Africa's batsmen in check.

Left-arm spinner Allen bowled particularly impressively as he accounted for the wickets of Reeza Hendricks (17) and skipper Temba Bavuma (22) before veteran Dwayne Bravo (2-30) closed out the innings.

South Africa's attack were no match for the brutal hitting of the West Indies batsmen with Lewis, who shrugged off a blow to the midriff, reaching his half-century off 22 balls.

Lewis had whacked seven sixes and four fours by the time he sliced Shamsi's left-arm wrist spin into the hands of David Miller at long-off, but Gayle and Russell continued to pepper the boundary in a convincing win. 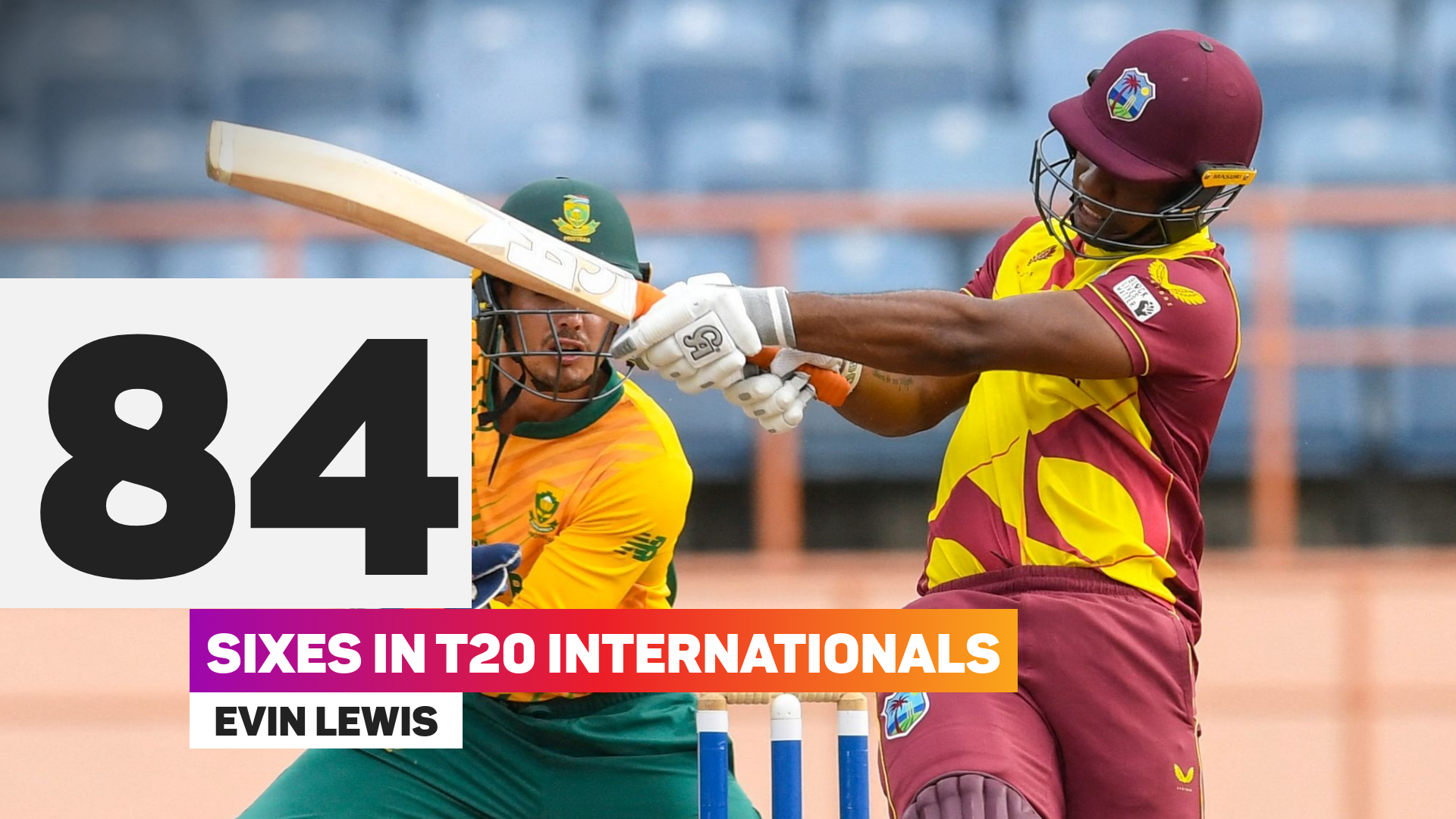 With West Indies team-mate Gayle as his batting mentor, it should be no surprise the left-handed Lewis deals in maximums, and this innings was reminiscent of the six-machine at his pomp.

Too short from Ngidi

South Africa paceman Lungi Ngidi bowled with aggression but should have used his head. He bowled way too much short stuff, was promptly dispatched to the stands, and finished with 0-46 from three overs.

In almost a carbon copy of the first T20I, Tabraiz Shamsi's three-wicket haul spun Ireland into a tangle as South Africa coasted to victory.