Wales have named Dillon Lewis and captain Dan Biggar in their side to face South Africa in this weekend's series decider.

Dan Biggar and Dillon Lewis have been passed fit to start Wales' series decider with South Africa in Cape Town on Saturday.

However, both players were named in Wales' starting XV on Thursday, with head coach Wayne Pivac making just one enforced change.

With wing Alex Cuthbert having already been ruled out, Josh Adams – who scored Wales' late try last time out – comes into the side for the crunch clash.

It means the tourists will go with the same side that started the series opener two weeks ago, which ended in a dramatic 32-29 defeat in Pretoria.

George North will also start, seeing him overtake Stephen Jones as Wales' most-capped men's international back of all time with 105 appearances. 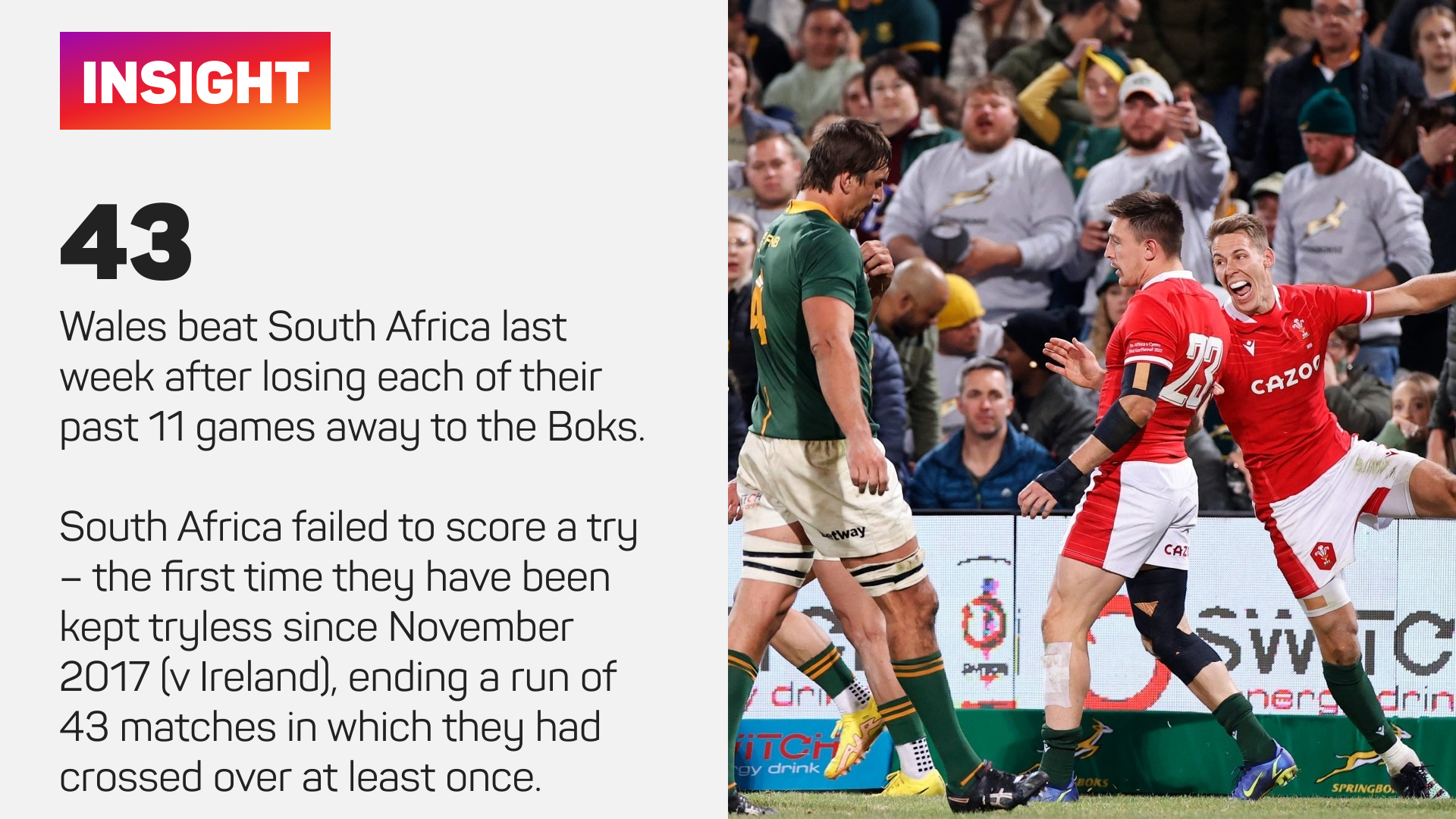 South Africa named their squad on Tuesday, with Jacques Nienaber making 11 changes to the hosts' line-up.

The Boks, gearing up for next month's Rugby Championship, are out to avoid successive home defeats for the first time since losing three in a row between July 2015 and June 2016.

Australia had lost just one of their previous 14 Tests against Argentina, but in San Juan on Saturday they were on the end of hiding.

New Zealand came out on top in a pulsating Rugby Championship contest at Ellis Park, ending a three-match losing streak.

Under-pressure New Zealand coach Ian Foster has made four changes for the All Blacks' clash with the Springboks in the Rugby Championship.

The All Blacks have lost five of their past six Tests and subsequently have slumped to a new low in the world rankings.

No point 'sulking' for All Blacks after Springboks loss, says embattled coach Foster

A 26-10 loss in Mbombela is the All Blacks' fifth in their last six games, but their embattled coach is soldiering on for now.