Ash Barty's ability to show poise under pressure has led to her latest major success, according to Pat Cash.

The rise of Ash Barty to become a double grand slam champion has been "phenomenal", with her mental strength key to that major glory.

That is the opinion of former Wimbledon champion Pat Cash, who watched with delight as Barty triumphed in the 2021 tournament at the All England Club with a three-set win over Karolina Pliskova in the final.

Barty sealed victory at Wimbledon just a month after withdrawing from the French Open with injury, becoming the first Australian woman to win the title since her idol Evonne Goolagong in 1980.

Cash and Lleyton Hewitt are the only Australians to have won the crown in the intervening period.

The 1987 winner Cash feels Barty – who won her first major at Roland Garros in 2019 – has the perfect blend of talent and fight which led to the country's latest success.

"I've got to know Ash and her team pretty well over the years," Cash told Stats Perform.

"I was coaching [CoCo Vandeweghe] who partnered with Ash to win her first grand slam title [in the doubles] at the US Open in 2016, so we did spend a lot of time together.

"I saw her improving all the time, but for her to take this extra step in the last couple of years, it's been quite phenomenal.

"The improvement in her game, her confidence and obviously [her play] under pressure, which is where it all matters, it's been exceptional.

"Nothing's always perfect, of course, but she worked her way through the tournament after starting off in pretty average form – I think she would admit that herself.

"And she ended up playing fantastically well in the last two matches when it really counts." 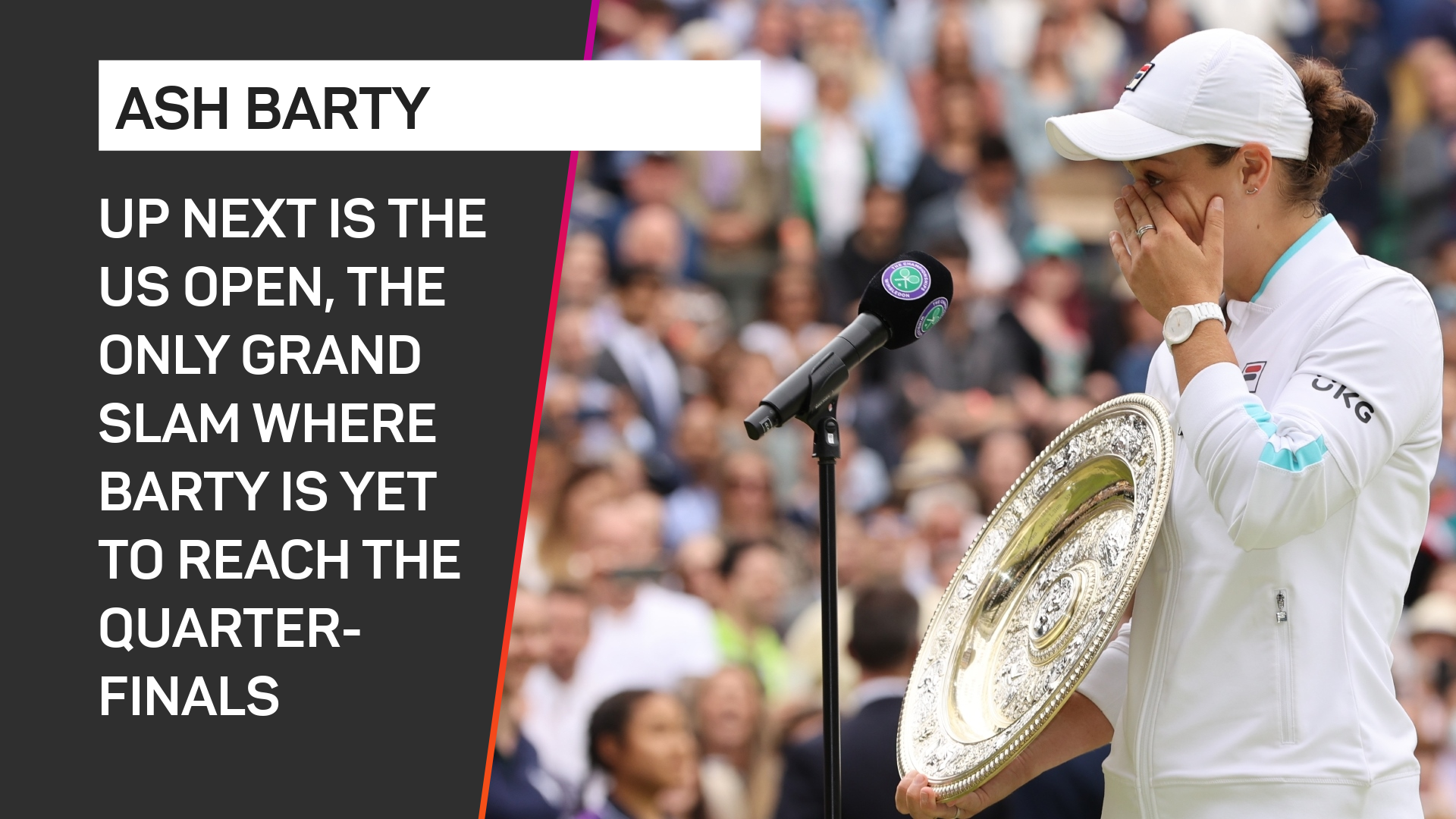 Barty is calm, serious and focused – traits Cash thinks show up when she reaches pressure points in her matches.

"They come up every set, every match you play out there. They're sticky moments and even on the practice courts when you're doing practice matches.

"But she is a great competitor. She's been a good Junior, been a Junior Wimbledon champion.

"She gives a lot of credit to her team, and I would too, but she's got she got to do the hard work out there and deal with the pressure and, and she did exceptionally well considering it all.

"In many ways, she just she is a quiet person and very happy to rest up and do her own thing, but she is incredibly well spoken now - very endearing where everybody loves her and loves her personality." 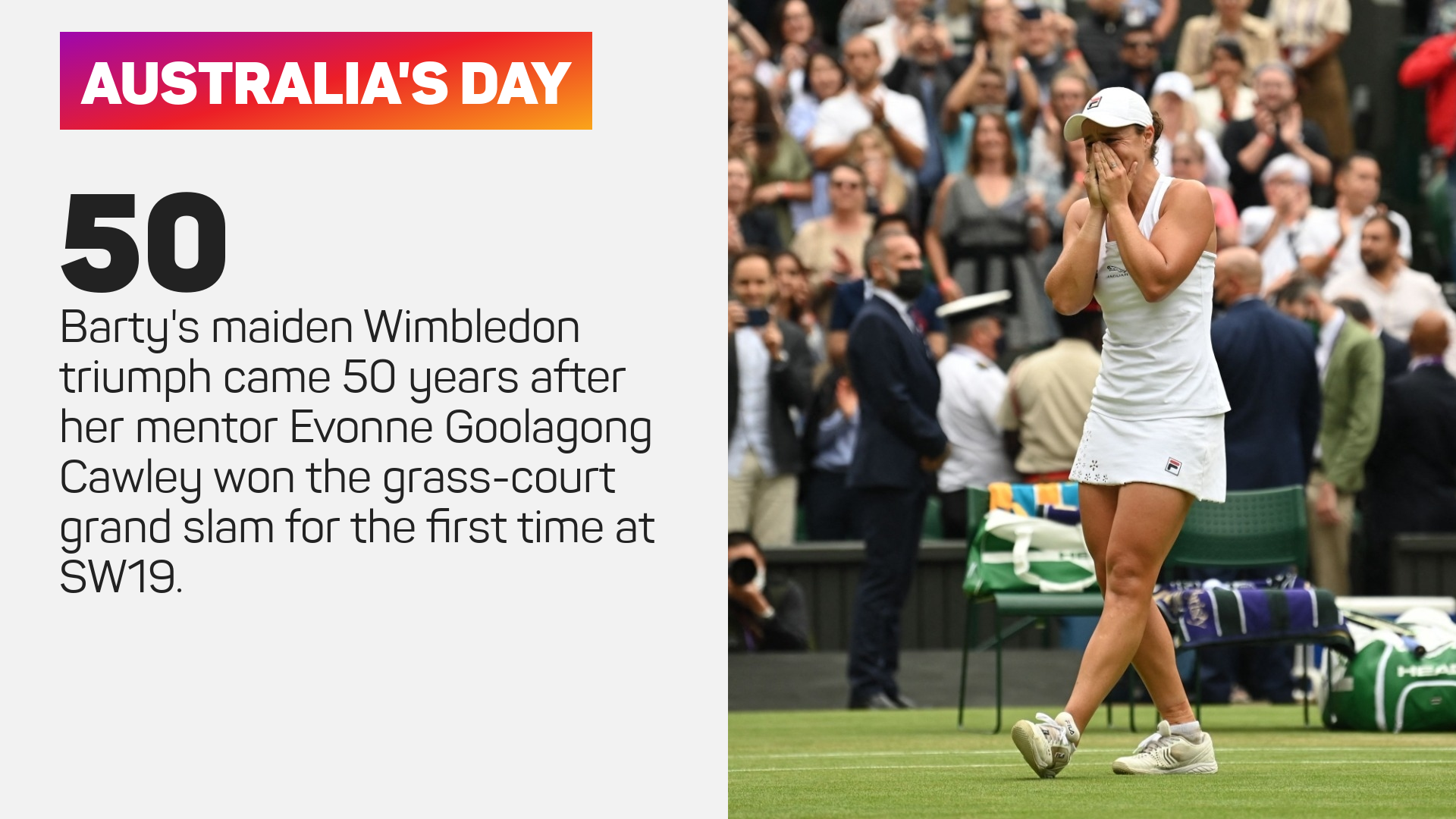 Cash felt world number one Barty achieved Wimbledon success at a time when it is more difficult than ever to come through a tough spell, battling injuries and struggling for match practice amid coronavirus restrictions.

"Injuries are always a concern for any player on tour," he said. "The tour is pretty relentless, especially these days where there's no real opportunity to have time off.

"You're sort of in bubbles, you can't go out and have a rest and get to a restaurant or have a few days away from the tour.

"You're constantly going from one bubble to the next bubble and seeing the same people and they're your opponents! So it's not easy – there [are challenges for players with] mental wellbeing and physical issues and of course it is a highly competitive sport.

"So she's negotiated that quite well since these niggling injuries that happened.

"I think the French Open obviously was a bigger concern with the leg. She didn't play any pre-Wimbledon events and therefore, the first couple of rounds are always dangerous.

"But she negotiated those quite well and bit by bit by bit built on her form. And by the end, she was moving incredibly well, getting around the court.

"That was the real difference between the two players in the finals, that Ash was just a better mover on the grass courts."

World number 155 Hugo Gaston progressed to his first ATP Tour-level final as he beat Laslo Djere to set up a showdown with Casper Ruud.