Axed F1 director Masi: 'I was the most hated man in the world'

Former Formula One race director Michael Masi has spoken about the torrent of abuse he received after last season's Abu Dhabi finale.

Former Formula One race director Michael Masi has revealed he received death threats following the conclusion of last season, declaring he was "the most hated man in the world".

The Australian came under intense scrutiny for his handling of the controversial final race of the 2021 F1 season in Abu Dhabi, which subsequently saw Red Bull's Max Verstappen beat Mercedes' Lewis Hamilton to the world title.

Masi did not follow the F1's procedure behind the safety car for the late restart, only allowing the lapped cars between Verstappen and Hamilton to pass rather than them all, which left Hamilton defenceless as Verstappen swiftly overtook him to clinch his first world title.

An investigation found Masi had failed to follow the rules and he was removed from his role in February, before leaving the FIA entirely earlier this month.

Criticisms directed towards Masi were not just professional, however, who has spoken about the abuse he sustained in the aftermath of last season's finale.

"There were some dark days. And absolutely, I felt like I was the most hated man in the world," he told Australia's News Corp.

"I got death threats. People saying, they were going to come after me and my family.

"They were shocking. Racist, abusive, vile, they called me every name under the sun. 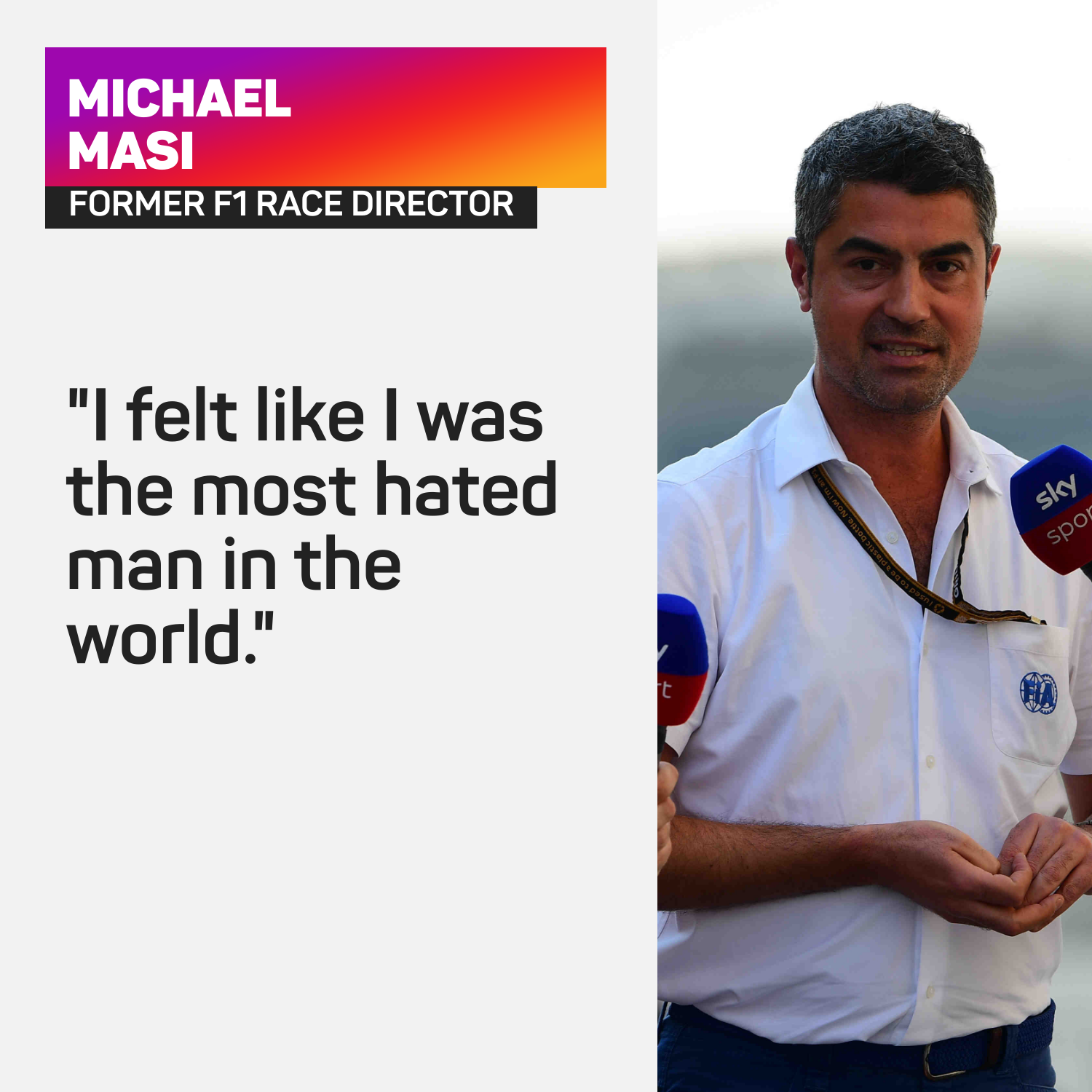 "And they kept on coming. Not just on my Facebook but also on my LinkedIn, which is supposed to be a professional platform for business. It was the same type of abuse.

"I didn't want to talk to anyone. Not even family and friends. I only talked to my close family but very briefly.

Ahead of the 2022 season, F1 made several changes to race procedures, with two race directors now sharing responsibility over the course of the season.

Espargaro confirmed to have fractured heel, does not require surgery

Aleix Espargaro raced to a ninth-place finish at Silverstone despite suffering a broken heel during a highside in FP4.

Johann Zarco crashed when leading at Silverstone, with his bid to win for the first time in MotoGP falling flat.

Francesco Bagnaia won a thrilling British MotoGP at Silverstone in a race where the lead was exchanged on multiple occasions.

Fabio Quartararo is looking to extend his championship lead at Silverstone but must overcome a long-lap penalty in his bid to win.

Dovizioso to retire from MotoGP after home race in San Marino

Italian Andrea Dovizioso has endured a frustrating season with Yamaha and has decided to call time on his MotoGP career in September.

Leclerc says he and Ferrari must 'grow' from mistakes

Charles Leclerc has seen a 46-point lead slip to an 80-point deficit in the F1 championship, but is eager to make the most of the season.

Alex Albon will remain with Williams for the 2023 season and beyond after penning a multi-year deal with the Formula One team.

Alpine shock as Piastri turns down drive for next season, says he's leaving

Alpine revealed Oscar Piastri would drive for them in 2023 when Fernando Alonso heads to Aston Martin, but the youngster says that is false.

Lewis Hamilton is hoping to enjoy success in a new sport after buying a stake in the Broncos.