Australian Open: Winning breeds confidence for Nadal in first major as a father

Reigning Australian Open champion Rafael Nadal was made to work by Jack Draper but ultimately came through in four sets on Monday.

Rafael Nadal says winning matches is the perfect cure to his injury problems after kicking off his Australian Open title defence with victory in four sets against Jack Draper.

The 36-year-old was competing for just the eighth time since September's US Open, with Monday's victory over Draper his first of 2022.

Not only has Nadal spent time recuperating from injuries, he is also adapting after becoming a father for the first time in October.

However, in his first grand slam since the birth of his child, Nadal says simply winning trophies is providing him with all the motivation he needs.

"I am enjoying life having a new member in the family," he told reporters. "I've always loved kids. To be able to enjoy this new moment in my life is something beautiful.

"But in terms of competitive feelings or motivation, it doesn't create any impact. It'd only create a negative impact if I was here a month, and they were not able to be with me.

"I don't know my feeling if the baby's not here with me for one month. I don't know if after three weeks I miss him, and I'll lose a little bit the focus.

"I have always been excited enough to play every single tournament. My approach to the competition is not changing much being a dad or not." 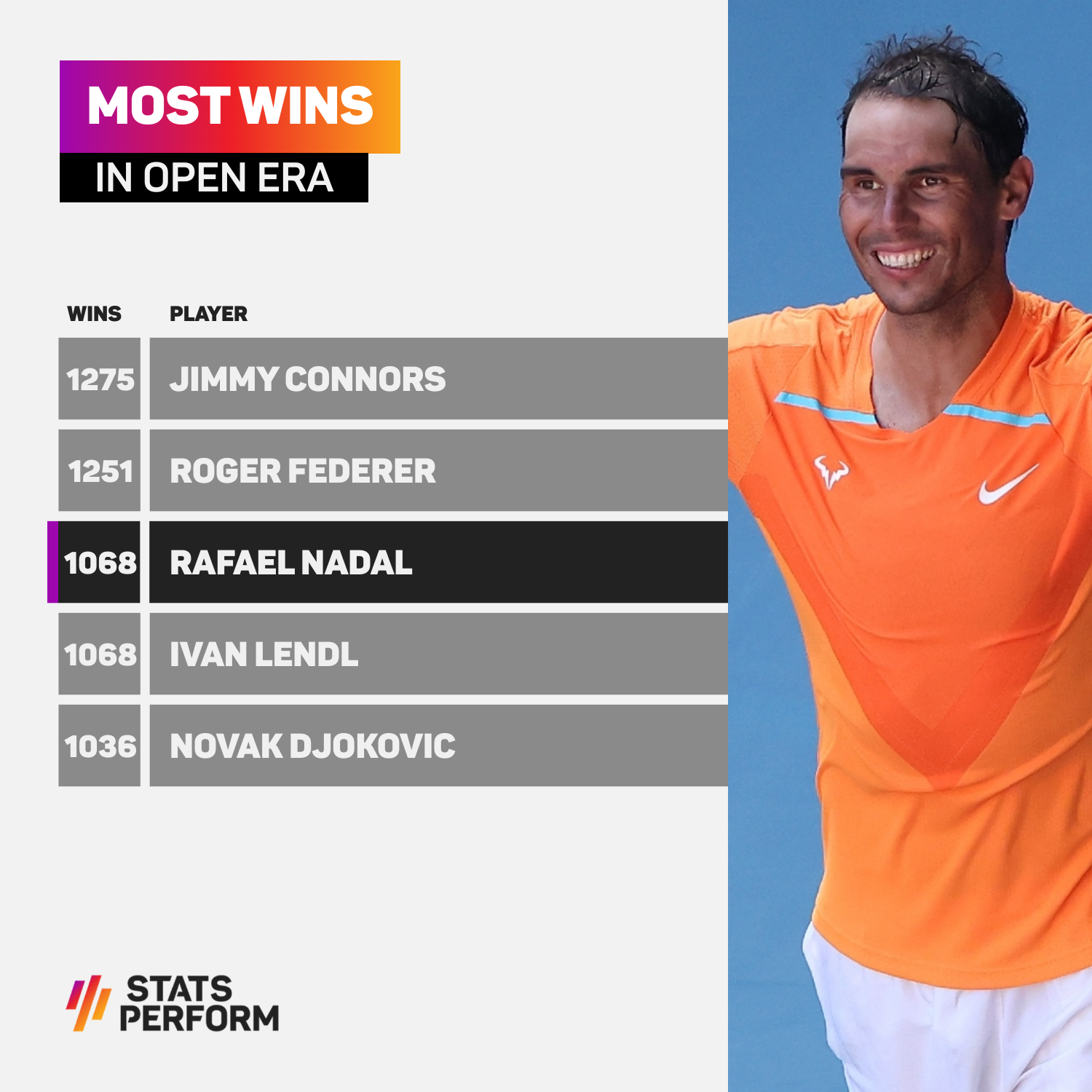 Nadal has now lost only one of his 18 matches at this stage of the Australian Open, with that defeat coming at the hands of Fernando Verdasco in 2016.

The record 22-time major winner did not have it all his own way against Draper, who appeared to be heavily affected by cramp later in the match.

He was not always at his confident best and made some uncharacteristic errors to allow his British opponent back into the match, but he ultimately got the job done.

"I am ready to keep fighting," Nadal said of his recent injury issues. "Victories help. When you win matches, you are more relaxed and you are more confident.

"I needed a victory, so that's the main thing. It doesn't matter the way it happens. The most important thing today is a victory against a tough opponent."

Draper levelled up the match at 1-1 and in the process became one of only 12 players to have taken a set off Nadal at this stage of a grand slam.

"As I said before the tournament started, this was one of the toughest first rounds possible being seeded," Nadal said.

"To win against Jack, I needed to do things well. I think I did things well. So I'm satisfied with the victory because that's give me the chance to play again in a couple of days.

"I accepted the mistakes I made. I was humble enough to accept that there was going to be a little bit of ups and downs during the match.

"This is typical when you're not in a winning mood. When you lose more, when you are not competing every week, that's the case. I accept these mistakes and keep going."

Nadal will now face Mackenzie McDonald in the last 64 after the American beat compatriot Brandon Nakashima in a five-set thriller.