Danielle Collins was too strong for Alize Cornet, reaching the Australian Open semi-finals for a second time.

Collins moved into the last four in Melbourne for the second time in four years thanks to a 7-5 6-1 victory on Rod Laver Arena on Australia Day.

The American 27th seed, who will face either Iga Swiatek or Kaia Kanepi in the semi-finals, was in solid form in warm conditions.

Collins was the aggressor throughout against Cornet, who was playing her maiden grand slam quarter-final in her 63rd main-draw appearance. 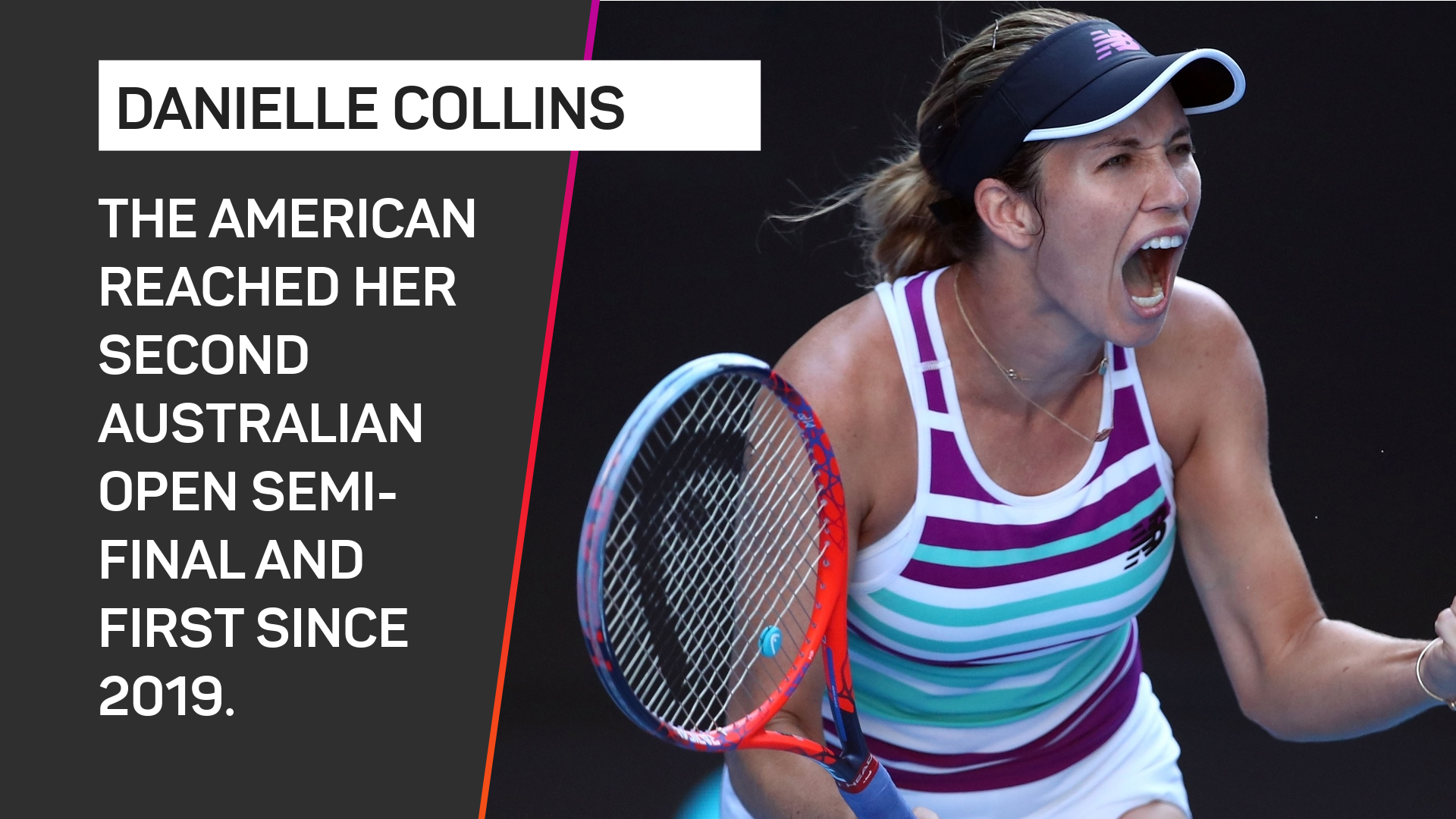 It was Collins who dictated the majority of points from the baseline early and landed a break of serve in the fourth game.

Cornet saved three break points, but there was no denying Collins on her fourth opportunity, a powerful return setting up a simple volley winner for a 3-1 lead.

Collins looked the more comfortable in the warm weather, but Cornet hung in there and broke back when her opponent was trying to serve out the first set, the American's backhand letting her down with three unforced errors.

But Cornet dropped the first set when serving to stay in it, saving two set points but not a third – set up with a Collins forehand winner down the line – as she framed a forehand long.

Collins crushed a forehand return winner to break serve in the second game of the second set to take complete control of proceedings.

She broke to love to grab a 4-0 lead, cruising through the second set on her way to another last-four appearance in Melbourne.

The dangerous Collins has found consistency since the back end of last year.

Coco Gauff looked stylish on the way to her opening win, while Naomi Osaka was forced to retire while down a set due to a back injury.

Kyrgios, Norrie and Fritz advance through opening round of the Canadian Open

Some big names advanced to the second round, while Andy Murray, Matteo Berrettini and hometown hero Denis Shapovalov were not so lucky.

Alex Molcan booked a second-round match against world number seven Casper Ruud after a strong win on the opening day of the Canadian Open.

The great Serena Williams was relieved after securing her first singles victory in over a year in Toronto.

Serena Williams wins first singles match in over a year

Having not felt that winning feeling in singles tennis since the 2021 French Open, Serena Williams finally did so on Monday in Toronto.

Russia's Daria Kasatkina took control of the final after a closely contested opening set, and has earned a top-10 ranking in the process.

Fulham have made their seventh signing of the transfer window, acquiring Issa Diop from Premier League rivals West Ham.

Carlo Ancelotti promised to start the team that featured from the off against Liverpool in Paris, and Real Madrid's coach stuck to his word.